With #watchalita trending, why not catch the Austin anime flick? 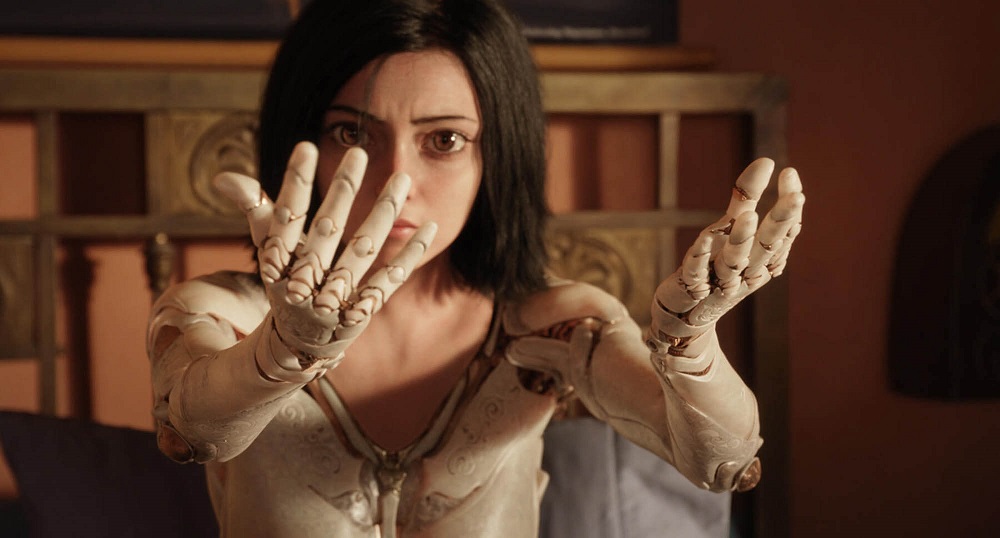 The technological wonder is Alita: Battle Angel, the highest grossing film from Austin ever made.

It's arguably the biggest movie ever made in Austin. James Cameron (The Terminator, The Abyss, Titanic – yes, that James Cameron) had been trying to get the movie adaptation of Yukito Kishiro's epic sci-fi manga Gunnm since the late Nineties. It was a huge influence on his series Dark Angel, and was supposed to be his next project after that wrapped. And then it got pushed back, and pushed back, and pushed back, and seemed unlikely to ever happen, especially when Cameron committed himself to multiple Avatar sequels.

But like the cybernetic heroine Alita herself, the film had too much heart to disappear. So Cameron decided to bring his friend Robert Rodriguez in to bring the project to the big screen.

The production was huge, and all made right here in Austin. Rodriguez took over not only his own Troublemaker Studios, but also the neighboring Austin Studios and ATX Studios in South Austin to construct the world of Iron City, where the noble and innocent Alita (Rosa Salazar) fights against the evil forces of the floating city of Zalem. It was also the biggest box office hit out of Austin, grossing over $400 million globally, and becoming an international cult smash.

Yet that wasn't enough to get the sequel for which its millions of fans around the world had hoped. They're still as loyal as ever, as the fact that the hashtag #WatchAlita has been trending this weekend, over a year after the film was released.

So check out our review, read our massive interview with Rodriguez about saving Alita from the scrap heap, and keep your fingers crossed that maybe, one day, we'll get to go back to Iron City.