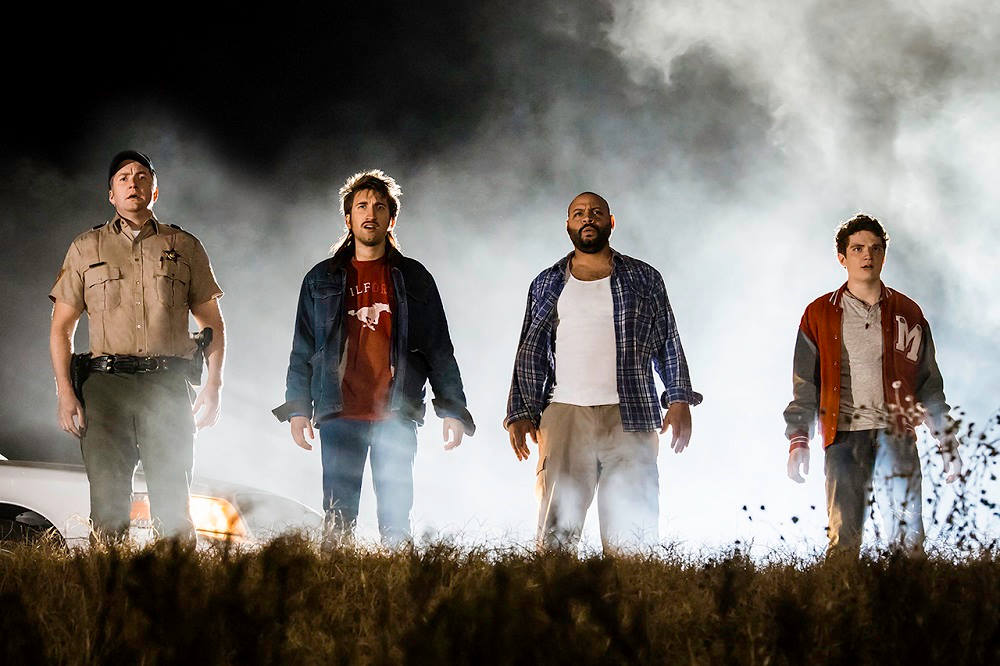 Welcome to Now Streaming in Austin, highlighting locally made titles to watch while self-quarantining
Who doesn't need a laugh right now? Well, Lazer Team from Austin's Rooster Teeth studios provides that on a cosmic scale.

If you're not clear on what a Rooster Teeth is, it's the biggest cult creative hub in Austin, an online studio with an incredibly loyal international fanbase and multiple smash hit shows including HBO's gen:LOCK and their own American anime, RWBY.

In 2015, studio co-founder Burnie Burns decided to shift back to his first love, making movies, and so they put together a Indiegogo campaign with the longshot goal of raising $650,000. But the fans were so fanatical, and so supportive, that they pulled in $2.5 million, and so were able to make a much bigger and elaborate project than they had ever hoped. As director/producer/writer Matt Hullum told the Chronicle at the time, "You're sitting here as an actor going, 'Oh, shit, this isn't just something we're going to throw up on the site. This is actually going to get a theatrical release.'")

Filmed in Manor and at Austin Studios (it was technically the first feature on the new Stage 7 – at that point still the recently vacated helicopter hanger at the old National Guard Armory), it's a madcap homage to superhero team-up films and goofball comedies, with as much Iron Man as Caddyshack. Four doofuses in small-town Texas each end up with part of a superpowered suit, but only by coming together can they possibly save the world. Their secret? The power of friendship ... and Friday night football.

You can't get much more Austin than this. Locally created, filled with Rooster Teeth regulars, it even made its world premiere locally, debuting at Fantastic Fest 2015.

So suit up and catch the sci-comedy that our own Marc Savlov called "The Marx Bros. meet the Green Lantern."