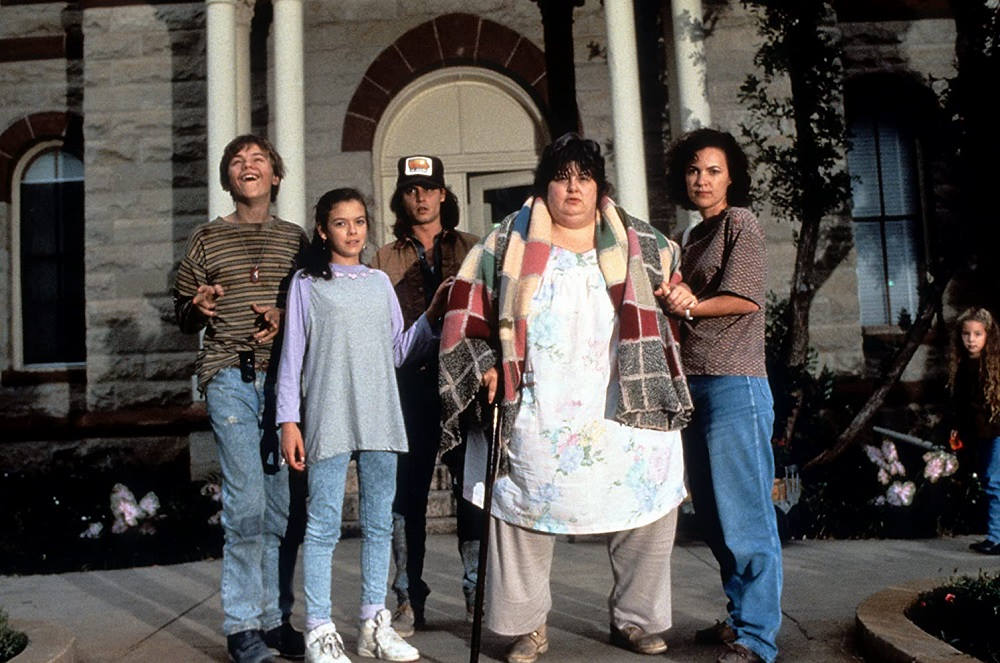 Welcome to Now Streaming in Austin, highlighting locally made titles to watch while self-quarantining. Next time you find yourself in Manor, look out for a footprint signed "J.D." pressed into the sidewalk in front of the Manor Grocery on West Parsons. Guess which Hollywood legend's shoes you're stepping in?

Yup, that was none other than Johnny Depp, back from 1993, when he was living in Austin and shooting What's Eating Gilbert Grape, the beloved family drama that brought Hollywood to Austin in a major way.

What's Eating Gilbert Grape was a landmark movie in so many ways, not least because it was unbelievably loaded with future stars, and Academy Award winners and nominees. Aside from Depp as the eponymous Gilbert, there was Leonardo DiCaprio, who would put behind his reputation as a pretty TV star when he secured his first Oscar nomination as little brother Arnie Grape. Then there was Juliette Lewis, in the middle of her red-hot run jumping from a recurrent part on The Wonder Years into lending her undeniable talents to directors like Scorsese on Cape Fear, Woody Allen in Husbands and Wives, and Oliver Stone for Natural Born Killers, plus going toe-to-toe with Brad Pitt in Kalifornia. Add in perpetual acting powerhouse Mary Steenburgen, John C. Reilly when he was just a bit player, and cinema's greatest wildcard, Crispin Glover, and you have a cast that was always going to turn heads, just as they were all starting to break into the popular consciousness as undeniable talents.

It also began the lifelong connection between screenwriter Peter Hedges (who also wrote the original novel) and Austin: he moved here and stayed here for several years after filming, and has made sure to bring his films, like Ben Is Back, to Austin film festivals.

Gilbert Grape was also one of those rare times when a runaway production actually came to Austin. Far too often (we're glowering at you, 9-1-1: Lone Star) films and TV shows set in the ATX shoot elsewhere. But this time Austin, Manor, Pflugerville, and Lockhart all filled in for the fictional town of Endora, Iowa.

But what most defined as a true touchstone of the era was its heartwarming depiction of the kind of family you didn't see in mainstream Hollywood pictures without some kind of middle-class savior narrative, or as the villains in a rural horror: Poor, struggling with deprivation, developmental issues, obesity, and a lack of social services, and yet still struggling through. It was a sympathetic depiction of life on the fringes, told with charm and compassion.

And about that footprint in Manor. It isn't the only place where Depp left his mark. Back then, the actor was living on Sixth Street (in the apartment over what is now the Museum of the Weird) and apparently had a habit of running across the rooftops of all the adjoining bars and businesses. Unfortunately, they weren't really designed for sprinting stars, and he left more than a few holes in ceilings. They may have been patched up since, but that Manor footprint still stands as a reminder that the Austin area will always have a place in cinema history.