Watch a selection of the new shows right here 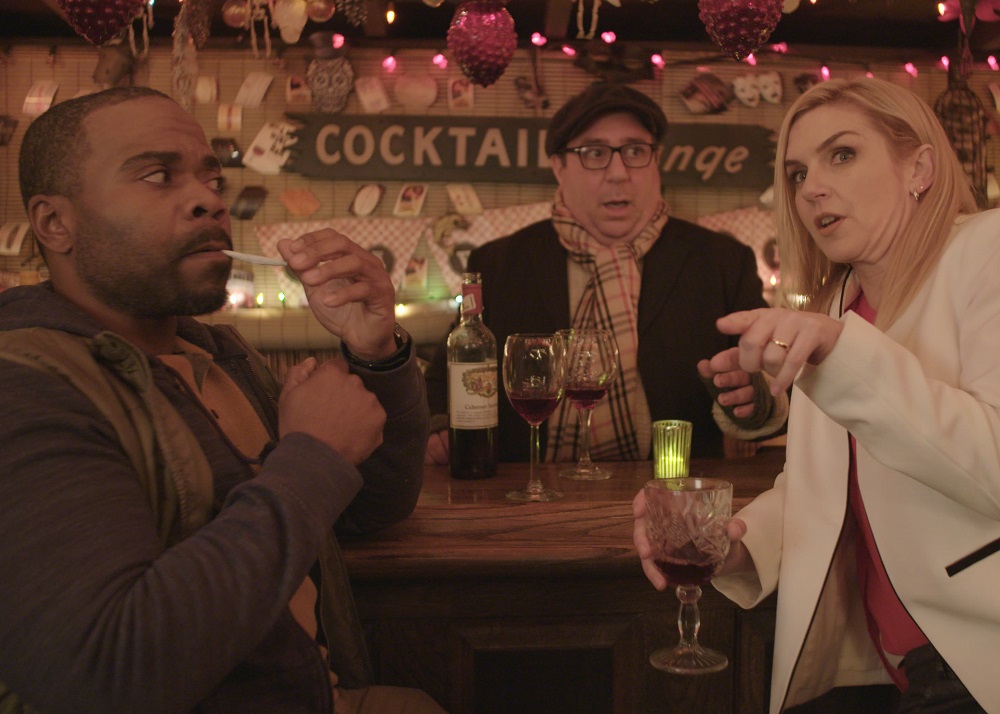 Cooper's Bar, one of the six SXSW 2020 Episodic Pilots added to Vimeo today

SXSW Film was never just about film, and the cancellation of this year's festival meant a lot of TV and web projects were left looking for audiences. So here's some good news: Vimeo has just announced that six of the series in the episodic pilot competition arrive on the streaming platform today.

There's a long history of shorter SXSW titles, shorts films, and music selections living on digitally on Vimeo (so much so that they've curated a massive list of alumni projects, which is a near-endless rabbit hole for you to fall down). However, this is a new outlet for new shows caught up in this year's coronavirus cancellation.

The list includes Bored, a British story about how a drunken hook-up may make or break an old friendship. Series co-creators Coral Amiga and Nicole Hartley were the first to reach out to Vimeo about the proposal. “We saw a need to pivot on the cancellation of SXSW and open up conversations with online platforms about how to now connect with an audience — at a time when connection feels more important than ever."

They've opened the door for three other comedies — Cooper’s Bar, The Dream, and This Isn’t Me from Ben Kawaller, which is described as "a gay Curb Your Enthusiasm with a Girls-esque pathos." There are also two documentaries — Bananas and Homecoming: The Journey of Cardboard — as part of this streaming launch.

The online premieres are now free on Vimeo and, like the original SXSW programming, represent diversity in all its forms, with a global presence from the UK and Japan, plus minority and LGBTQ representation in front of and behind the camera. Courtney Horwitz, Head of Brand and Content at Vimeo, said, “Vimeo is proud to offer creators of all kinds a platform to share their stories, now and always."

See all six episodes at www.vimeo.com, or just watch five of the six right here.

A curious and playful look at growing up between two cultures in Queensland — the Sunshine State — with particular focus on food and family, presented by two Australian-born Asian friends who are awkward, honest, and warm in equal parts. (North American Premiere)

Jamie and Eve are best friends who’ve always shared everything ... and after drowning their post-Brexit, January sorrows at a party, they really do end up sharing everything. In the sober light of day will things ever be the same again? (North American Premiere)

When Cooper Marino's career falls apart, he takes refuge in the backyard tiki bar he has painstakingly constructed over 15 years and there finds an unlikely path to his own resurgence. (World Premiere)

The Dream follows Daryl, a broke aspiring film director who’s just moved to Los Angeles, taking his first job as a Production Assistant, and the ragtag gang of PAs that school him on how to survive in this insane and unpredictable work environment. (World Premiere)

Homecoming: The Journey of Cardboard (Japan)

Fuyuki Shimazu is an artist and cardboard lover who travels around the world to pick up cardboard he likes. His charming upcycling art activities are depicted in the feature film From All Corners in 2018 and now his new chapter of journey starts. (World Premiere)