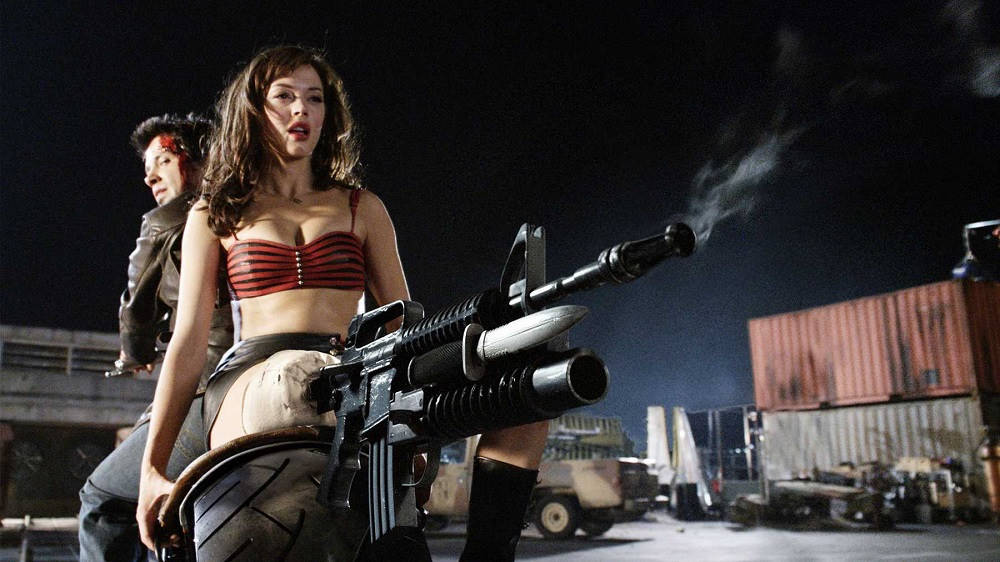 Welcome to Now Streaming in Austin, highlighting locally made titles to watch while self-quarantining. So a lot of you joined us for our weekly tweet-along last Thursday as we revved up the engine on Quentin Tarantino's Death Proof. But that, as they say, is only half the story. So welcome to Planet Terror.

With a title that's a nod to classic late-night horror host Joe Alston and his San Antonio-based KENS-TV show Project Terror, and a script he'd started working on when he was shooting The Faculty, the guns-n-zombies splatterfest was Robert Rodriguez's half of 2007's Grindhouse double bill with Tarantino, a three-hour homage to the heydays of exploitation cinema.

However, both directors had sneakily shot full films, not just the cut-up versions that appeared in the joint feature, so Tarantino put out Death Proof and Rodriguez released Planet Terror on its own later in the year.

It's a shameless throwback to oozing monster flicks of the Seventies and Eighties, with go-go dancer Cherry Darling (Rose McGowan) caught up in a zombie attack when a biochemical weapon gets unleashed in small-town Texas. Shot around Austin and at Rodriguez's Troublemaker Studios (he's still got the prop military helicopter from the final daring escape out there), it's a Lone Star tribute to flicks like C.H.U.D., Return of the Living Dead, and Street Trash. How Texan is it? A core plot component is an argument about barbecue sauce between squabbling siblings J.T. (Jeff Fahey) and Sheriff Hague (Michael Biehn).

So if you're looking for a good ol' Saturday night splatterfest like Project Terror used to deliver, prepare to blast off for Planet Terror.