Locally made SXSW short gets a new home in virtual initiative 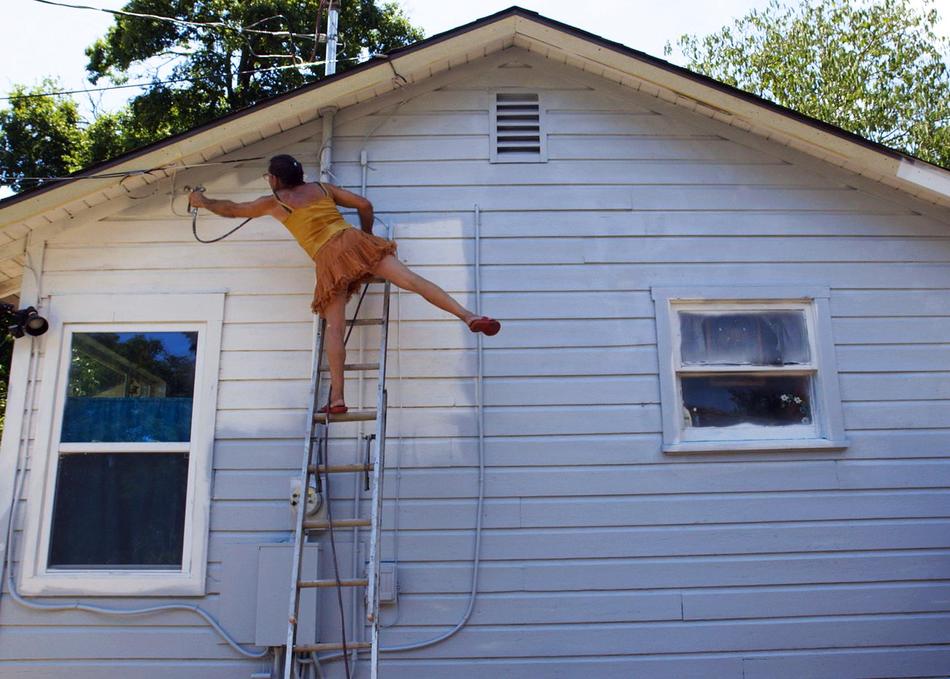 Welcome to Now Streaming in Austin, highlighting locally made titles to watch while self-quarantining. Millicent McCrory – Millie to her friends – is a house painter in Austin. Her story of being a trans woman on her own fearless terms, "The Paint Wizzard," was supposed to debut at SXSW. But, as the saying goes, plans change.

However, it's now found new online life: not dumped in the sea of streaming shorts, but curated by Mailchimp Studios (the content production wing of online marketing firm Mailchimp) and indie distributor Oscilloscope Laboratories as part of their #SupportTheShorts initiative, where 70 SXSW shorts have been placed online at www.mailchimp.com/presents/SXSW through April 30. That list includes several Austin-made shorts, including "The Paint Wizzard."

Explaining the program, Oscilloscope president Dan Berger said, “When SXSW announced their cancellation, one of our first thoughts was the mass devastation that would be felt by the filmmakers who would no longer have an opportunity to experience their premiere. With the exceedingly generous support of Mailchimp, we were collectively able to make a mad dash to create a site from the ground up (thanks Code and Theory!) to highlight these films, pay the filmmakers generously for their rights, and make everything available to the public at no cost.”

Directors Jessie Auritt and Jessica Wolfson wrote to the Chronicle that the team was disappointed that they couldn't give the film the premiere they had hoped for, but called this new set-up "the best case scenario" in the circumstances. They added, "It was always our intention to release the film online eventually, it’s just happening sooner than we anticipated. There are many people stuck at home looking for things to do and content to watch, so it’s actually the perfect time to release a film online! So far we’ve received a lot of positive feedback about the film, which has been really nice."

Austin Chronicle How did you meet Millie?

Jessie Auritt and Jessica Wolfson: Someone we know had hired Millie to paint their house. After learning a little bit about her, we were instantly curious to find out more and reached out. We had a three-hour lunch at Magnolia Cafe on South Congress and started filming shortly thereafter.

AC: Austin's had two very public figures who challenged gender norms with Leslie Cochran and Jennifer Gale, and we just had a documentary about Leslie. Did they ever come up in conversation with Millie, or as part of the production process?

JA&JW: We did talk to Millie about Leslie a little bit. She knew him and said that the best advice he ever told her was to not care about what other people think.

AC: Millie comes across as a mixture of flamboyance and, in her own terms, being a redneck. Her painting in a short skirt while still wearing a harness to do touch-ups out of the window seems to be such a key image. Was it easy to get her to open up about both sides of herself?

JA&JW: Millie was very open with us right from the moment we met her. She is always 100% unapologetically herself and doesn’t hold anything back, which comes through in the film. She’s very perceptive and self-aware about how people see her and was excited to have the opportunity to open up and share her true self with the world.

AC: This is very much a close portrait of Millie, and I was wondering about the decision to make this so much from her own words and point of view.

JA&JW: We didn’t consider making the film in any other way – Millie’s story needed to be told in her own words and from her point of view. As documentary filmmakers, one of our goals is to have the viewer empathize with the subject, and the most effective way to do that is to immerse them in their world and see things from their perspective.