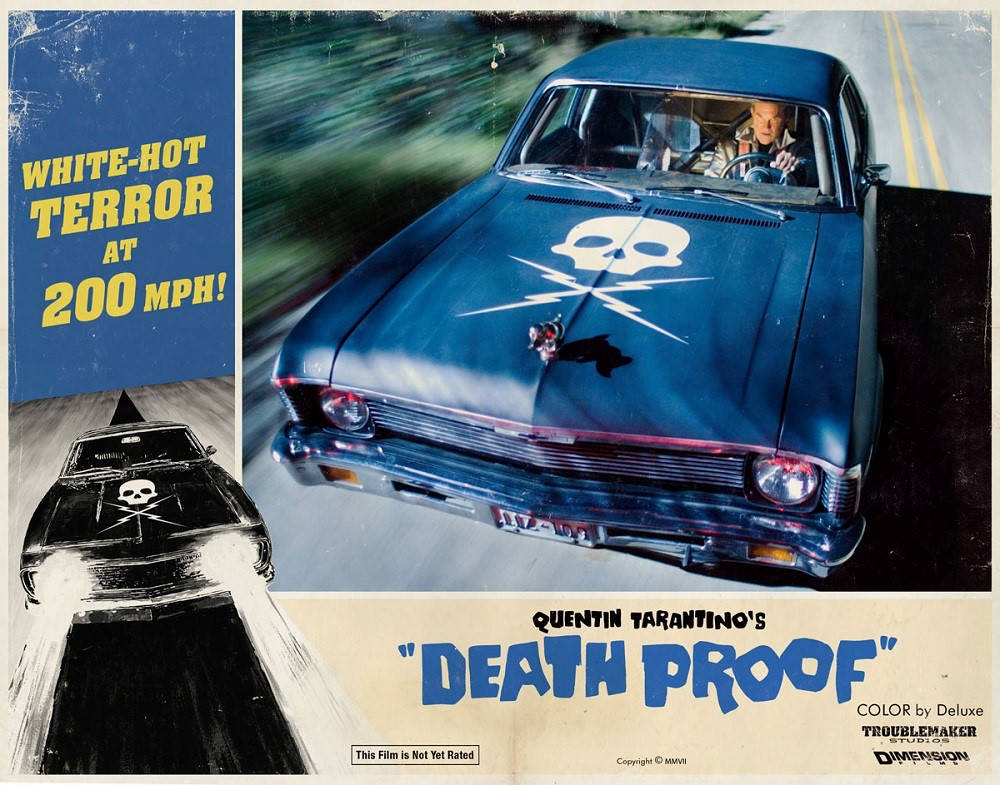 The movie started off as one segment of Tarantino and Robert Rodriguez's gloriously sleazy Grindhouse, a throwback to the glorious '60s and '70s heyday of sex and violence cinema. Each director created one segment: Rodriguez went for a zombie pestilence with Planet Terror (shot mostly on the back lot of his East Austin Troublemaker Studios), while Tarantino took to the highways in hot pursuit of Stuntman Mike (Kurt Russell), a driver with killer wheels - literally.

Everyone that saw Grindhouse at the time loved it, but there just weren't that many of us, so the directing duo split each film apart and released them separately, without the additional trailers (sadly, no Rob Zombie's Werewolf Women of the SS starring Nicolas Cage as Fu Manchu) or all the quirks and missing reels that made Grindhouse such an experience.

But don't think this isn't a hell of a crazy ride. Both directors had all that missing footage in their back pockets, so these are full-fledged movies.

Tonight, we'll be watching the Unrated and Extended cut of Death Proof, and it's not just because it's made in Austin. It's also because it's one of Tarantino's most subversive and reappraised movies. At the time, it was written off as just an fetish-driven exploitation riff, but over time it's been reappraised as both top-tier Tarantino and one of the best action movies fronted by women of the last two decades. The women may be the victims, but when they strike back it's not the traditional transformation from mouse to lion, but a fight between predators. It's also Tarantino's tribute to stunt performers before he made Once Upon a Time ... in Hollywood, and especially of Zoe Bell.

So we'll be starting tonight at 8pm central on the dot. Screens editor Richard Whittaker will be tweeting from his account @YorkshireTX, and follow along using the hashtag #NowStreamingInAustin. We'll have trivia, polls, and other nonsense, and we'd love you to all join in - or just watch one of our insane local favorites!