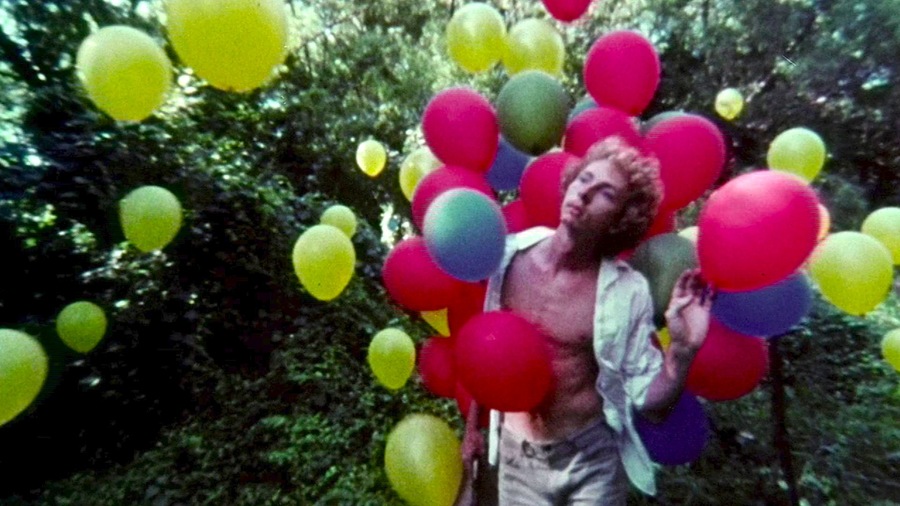 Welcome to Now Streaming in Austin, highlighting locally-made titles to watch while self-quarantining. If anyone tells you that The Texas Chain Saw Massacre was Tobe Hooper's first film as a director, tell 'em they're walking on Eggshells.

It's very much the same Texas as his groundbreaking horror masterpiece, but seen through a much more optimistic lens. It's opening is almost Chain Saw in reverse, as a young woman (Amy Lester) from some small Texas town stops off in Georgetown on her way to life at UT Austin in a shared house. For anyone who wants to paint the 512 as a sleepy little college town back then, Hooper's movie put the lie to that myth: it's the big city, as an early shot of a packed UT Mall shows.

In 2000, Hooper described it to the Chronicle's Marjorie Baumgarten as "a real movie about 1969. It's kind of vérité but with a little push. Like a script on a napkin, improvisation mixed with magic. It was about the beginning of the end of the subculture. Most of it takes place in a commune house. But what they didn't know is that in the basement is a crypto-embryonic-hyper-electric presence that managed to influence the house and the people in it."

A wildly anti-structured and deeply hippyfied look at the city in the fading days of the year of Woodstock, it also shows how fully formed Hooper was as a filmmaker five years before Chain Saw. His flair for the abstract and observational is there, with hints of his later successes (including a sword fight with a basement ghost that feels a lot like Poltergeist). Also keep an eye out for Hooper's Saw mates Alan Danziger and Kim Henkel in very early appearances.

Effectively lost for years, it only reappeared in 2009 with a restoration assisted by (read about his experiences with the film here), and now it's available streaming (that's the only way to find it unless you were lucky enough to snag a copy of the now-out-of-print Blu-ray release from UT Press).