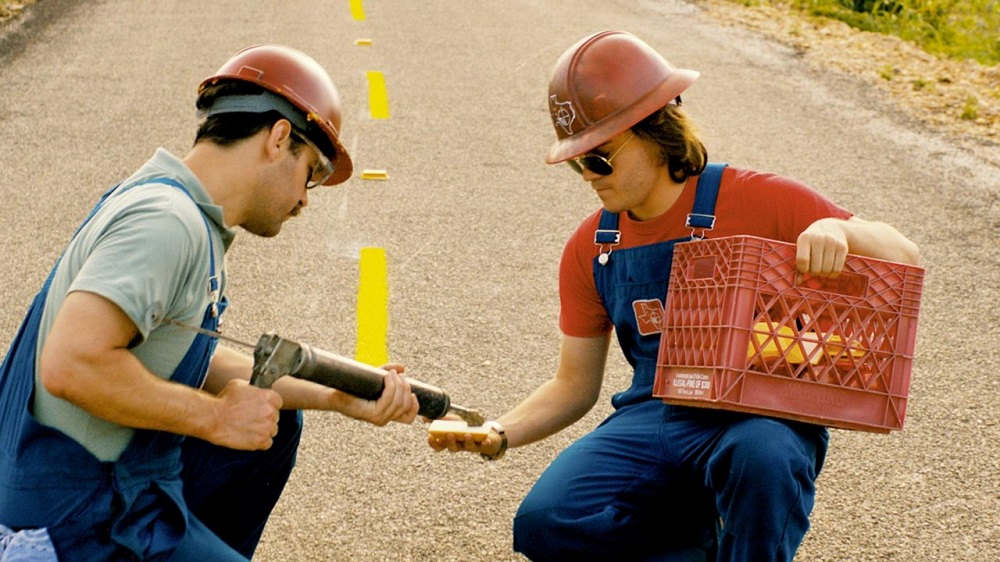 Welcome to Now Streaming in Austin, highlighting locally-made movies to watch while self-quarantining. When you're in the middle of a disaster, sometimes it's hard to remember that this isn't the first time something terrible happened. Prince Avalanche calls back to the devastating 2011 Bastrop fires.

The 2013 comedy-drama was the first film in David Gordon Green's unofficial Austin trilogy. The former UT Austin student had become an indie fave after critical smashes like George Washington and All the Real Girls, before turning to comedy with Pineapple Express, Your Highness, and The Sitter.

But he took another radical turn when he moved back to Austin and built upon his indie roots with a trilogy of stories about damaged masculinity and relationships, all built around great leading men: Nick Cage's return to form in Joe, a fascinating performance from Al Pacino as a locksmith in Manglehorn, and the first of the trio, Prince Avalanche.

However, he didn't completely put his comedy instincts behind him as he cast a pre-Ant-Man Paul Rudd as Alvin, a road line painter working in Bastrop after the fires. He's got used to his solitary way of life but has begrudgingly teamed up with his horndog screw-up brother, Lance (Emile Hirsch), just because he can't find anything else to do with him. Even in the middle of nowhere, they're only isolated together and so are forced to work out who they are, as individuals and siblings.

Honestly, this is one of those films that I feel has the most to say right now. In the middle of the coronavirus lockdown, it can feel like to a lot of people like they're trapped with the people they're with. Some people are lucky, and those relationships are easy to navigate: others are finding new links in the middle of these tense times. Yet even while it looks like the world has burned, some times you can start to see the first signs of green, of something new.

You can read our four-star review of Prince Avalanche right here, as well as our interview with the director in which he talks about why he shot in Bastrop, and working with Austin actors.