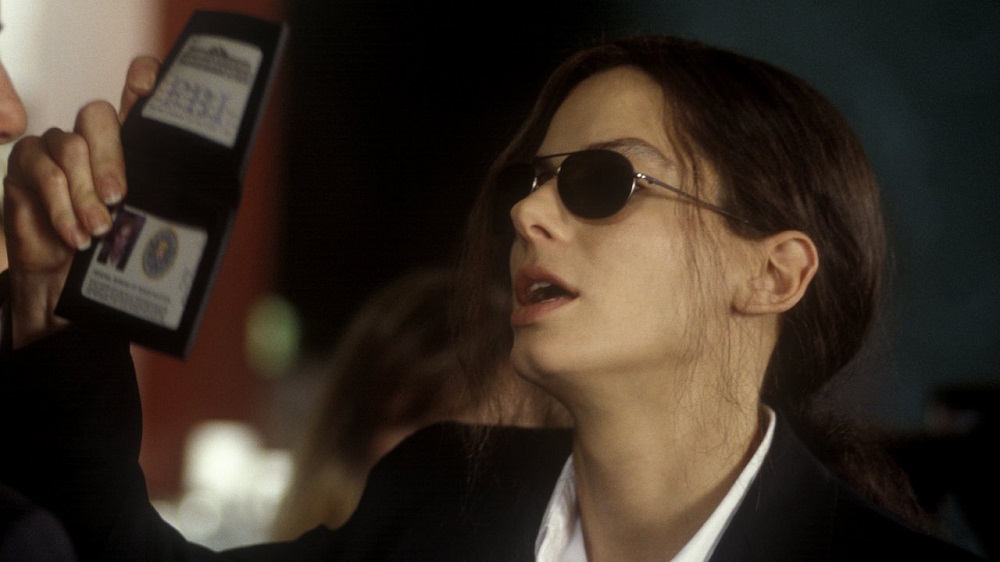 Welcome to today's Now Streaming in Austin, highlighting locally-made movies to watch while self-quarantining. There have been films in Austin for about as long as celluloid ran around, but you want to talk about when Hollywood really saw us, it was Miss Congeniality.

Yeah, so much of the classic comedy is set in San Antonio (that really is the Alamo), but Austinites know Austin when they see it. When FBI Agent-turned-unlikely-pageant-queen Gracie Hart (Sandra Bullock) meets desparing deportment coach Victor Melling (Michael Caine) for lunch? That's the Driskill Hotel. The pageant itself takes place in the Bass Concert Hall on the UT Austin campus, and the after-hours contestant bonding, well those look like Omni Austin at South Park rooms to us. And that famous handbrake turn when Gracie screams "FBI!"? That's the Starbucks at Sixth and Congress.

And, of course, that oft-cited moment of Gracie walking/stumbling out of an aircraft hangar in a blue dress and heels? That's right when the old Robert Mueller Municipal Airport became the new Austin Studios, kickstarting a whole new era on ATX film and TV (read a lot more about that right here in our 20-year history of Austin Studios).

If you're looking for something that's both an Austin classic and something light for the weekend, it's tough to beat Bullock at her wisecracking best.