Remarkable debut is the anti-Say Anything 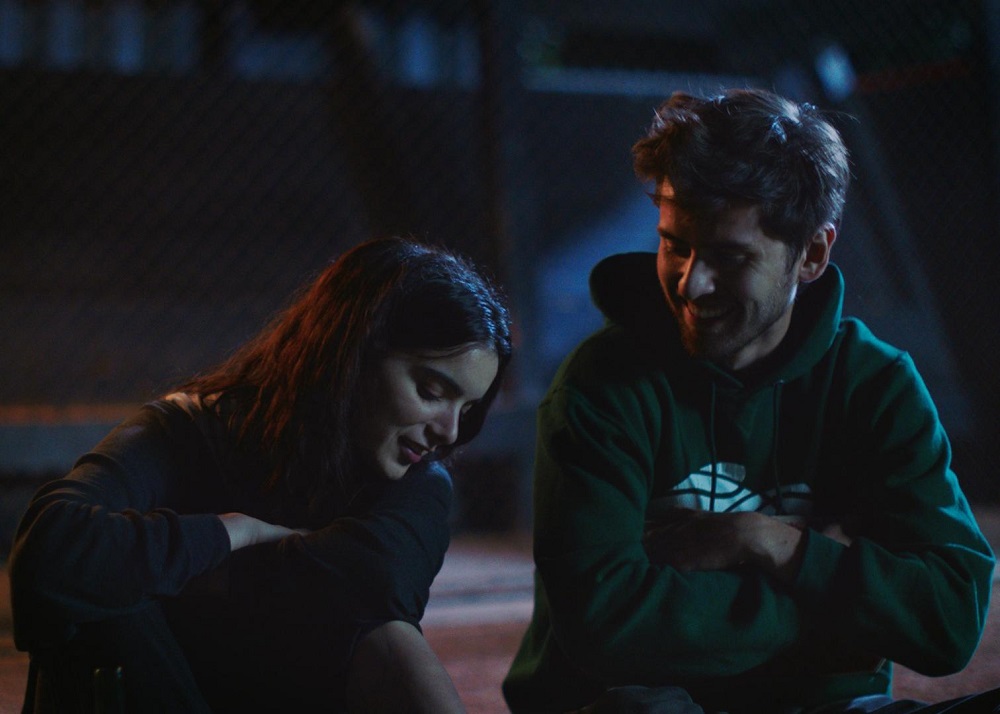 Anyone who has been to college knows one thing: When you got there, everything of which you were sure turned out to be nonsense. That's the underlying message of Shithouse, one of the most extraordinary debuts on the list of SXSW selections for this year.

It's the first feature of star, writer, and director Cooper Raiff, which is no surprise considering he's only just turned 23. But his film mixes both the spongelike qualities of a new filmmaker and the burgeoning possibilities of a fresh voice.

Most films headed up by a multi-threat feel completely self-indulgent, but Shithouse starts with an act of total self-deprecation. Alex (Raiff) is a freshman who just isn't doing college well, as his supportive cuddly husky toy tells him via subtitles. It's not the academic side, but everything else: His roommate is a drunken boor, he has zero friends, and his only real contact is with his mom and sister back in Dallas.

At the other end of the spectrum is his dorm's RA, Maggie (Dylan Gelula). However, that doesn't mean she's the popular party girl. Spiky and emotionally isolated, she's a borderline recluse, only bothered about her grades and her pet turtle.

They're polar opposites because she sees hooking up as an anonymous act, while he thinks its the door to hearts and flowers and romance. So when the inevitable meet-cute occurs, they're both left dealing with the emotional fall-out.

It's not hard to see Raiff's influences. There's more than a dash of Linklater's shambling take on twentysomething life in Slacker in the succession of parties Alex hits in search of some interaction. Yet it's also easy to see his Before trilogy's free-roaming conversations in the duo's inter-coital walk through the hills. At the same time, there are hints of the studious naturalism of mumblecore, both in presentation and execution (most especially in cinematographer Rachel Klein's sensitive handling of the sex scenes, which brings to mind the "lock it and let it go" approach of mid-era Joe Swanberg). And, of course, there's a soupcon of John Hughes' suburban surrealism and even Zach Braff's courageous belief that our flaws are not all we are, but always with us.

But while you can checklist Raiff's Netflix queue, you can't foresee what he does with those titles. There's a low key honesty to everything here, a heartfelt optimism about our ability to find our unlikely way to love and knowing ourselves. Part Nora Ephron, part David Lowery, but with his own eye, Raiff keeps a rough-and-ready vibe to the narrative (and pulling in stories that feel very close to home) while remaining compassionate about both Alex and Maggie. It also feels resolutely contemporary, observed as only a 23-year-old who grew up on Instagram and Edward Fortyhands could manage.

Alex is well-intentioned throughout, but Shithouse isn't an apologia for "nice guys." Instead, it's a story about how easy it is to get lost in your own head, and that fixing yourself isn't about big, bold, Lloyd-Dobler-hefting-a-beat-box Say Anything antics. It's about taking time to listen and be heard, to see beyond what you think you want and instead recognize what's in front of you. It's profoundly romantic but never simplistic, and that's what makes it truly special.