A Lesson in Gender Fluidity: I'm Gonna Make You Love Me In the Eighties, Natalia “Tish” Gervais was a prominent fixture in New York City’s underground nightclub scene. A trans woman, she performed across Manhattan's cabarets and glossed the pages of NYC gossip rags. Toward the decade's end, Tish decided to retransition and live once again as Brian Belovitch.

In Austin filmmaker Karen Bernstein’s documentary, I’m Gonna Make You Love Me, Belovitch revisits his richly lived past: from Army wife to modeling; to working as a sex worker to a memoirist. In its portrayal of Belovitch’s journey, Bernstein’s documentary – the only local film considered in the Festival Favorites category of this year’s now-canceled SXSW Film Festival – offers viewers a more fluid interpretation of gender identity and expression. To quote Belovitch, "Gender for some people is a destination. For me it's a journey."

The film was caught up in the cancellation of SXSW, but Austin Film Society has stepped in to host a special screening tomorrow, Sat. March 14, with Q&A with Bernstein, coproducer and editor Nevie Owens and a special guest via Skype (AFS has informed us that this screening has been postponed).

Austin Chronicle: How did you get involved in this documentary? Who approached who?

Brian Belovitch: [Director Karen Bernstein] and I were friends initially – we still are friends – but we met some time ago, in the nineties. Karen was dating a friend of mine and that's how we met. Once we got to know each other, I told her a little bit about my story. She has said recently that she was completely fascinated back then, which I had no idea that she felt that way about my story and that she hoped that maybe one day she could maybe tell my story. So that's been a new thing about our friendship.

About five years ago, we started the process of making the documentary. At the same time I was working on my book, my memoir, Trans Figured.

Originally it was going to be a story about marriage and weddings because I was contacted through Facebook by my ex-husband's sister. She was looking for Tish, and she found Tish. This isn't in the documentary but it's kind of a fun. She was looking for Tish because she always wondered what had happened to her. She was a teenager at the time I was married to her brother, and she always wondered what happened to Tish because we had such a bad breakup. I had a tribute page to Tish Gervais – the girl with something extra, that was my tagline back in the eighties. On the website it's pictures and clips and performances from when I was Tish, and in the description it says "Tish Gervais is now living as Brian Belovitch in Brookjlyn, New York, blah blah blah." She was on the phoine with her other brother at the time, and she says, "I think I've found Tish. I'm gonna have to call you back."

When I told Karen that story, she was like, "Wow, that's fascinating, you should probably try to explore that a little further." So we initially started talking to my ex-sister-in-law, and things just went on from there.

“There was a moment where I felt like I reached back into my past and gave myself a giant hug.”
AC: What was that process like, revisiting yourself at different points in your life? I don't know if it's fair to say previous lives or not, but just revisiting so many different parts of your life through film and photos.

BB: As difficult as it can be to revisit the past – especially things in the past that weren't necessarily fun or easy to remember – in retrospect it was cathartic. I don't know if I talked about this in the film or not, but there was a moment where I felt like I reached back into my past and gave myself a giant hug, and found this newfound respect for myself as a child who survived all these things, and the respect for the great kid that I was, that I had so much promise. I never really realized how special I was as a kid, and how important it is for kids in that early stage of development to know that.

And Karen had a really great through line, which I wasn't really aware of at the time. After I saw how she put the film together, I was like, "Wow, that's amazing how she was able to do that." The specific questions that she asks and the way that the film unfolds is really impactful.

It was interesting with my family, too. That was kind of unexpected because I wasn't there for any of those interviews.

AC: When Karen went to interview your family members, had you been in contact with them?

BB: A little bit, not too much, I was mostly in contact with my sister pretty regularly. My brothers – not so much. But I was surprised that they felt that way about me. I just thought they had other feelings about me, and that was really surprising.

AC: What was surprising?

BB: You can sense from the film there's a certain level of homophobia, a certain level of not understanding some of the choices. It was very difficult for them, I'm sure, but what I got from those interviews is that there's some respect for me that I didn't even know they had.

AC: One the themes and observations that really stuck out to me is, through your story there's a critical take on toxic masculinity, misogyny, transmisogyny. There's a part in the beginning of the film where your saying that, growing up as an effeminate gay boy, if you transition to a woman then maybe you don't have to deal with that harassment.

BB: I'm so glad that you brought that because that's something I love about the film. There was an element to my decision-making that I didn't want to be anything like that. I rejected this idea that in order to be a man this is how you had to act. It was like garlic to a vampire to me. I guess I was just such a sensitive, aware kid that I recognized that there was something wrong about it at a very early age, and it was something I wanted no part of it. Of course now, as a man, an older man, a more mature man, I realize that there are very many facets of what it is to be a man in today's society. It's a very different world we live in.

AC: The conversation around trans rights is much more on the forefront than it's ever been – conversations about trans women being disproportionately affected by violence, and the Supreme Court is expected to rule on landmark cases on gender identity and gender expression. How do you feel your story fits in with culture right now?

BB: I was having a conversation on Tuesday with a friend of mine, a younger trans person, and they were asking me was I concerned about the message behind my decision to re-transition – was I concerned about it being used against the community in a negative way. So I had to break it down for this person, to explain to them [that] gender is fluid. I think we're moving more to this idea that gender is what you describe it for yourself, and it's different for everybody. 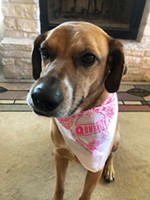 Qmmunity: An Ode to Q Mascot Binky
This one goes out to the pets getting us by in difficult times 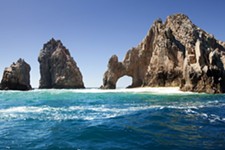 More Than 200 UT Students Traveled to Cabo San Lucas for Spring Break. Guess How Many Now Have Coronavirus.
Ages 20-40 account for half of positive cases in Travis County