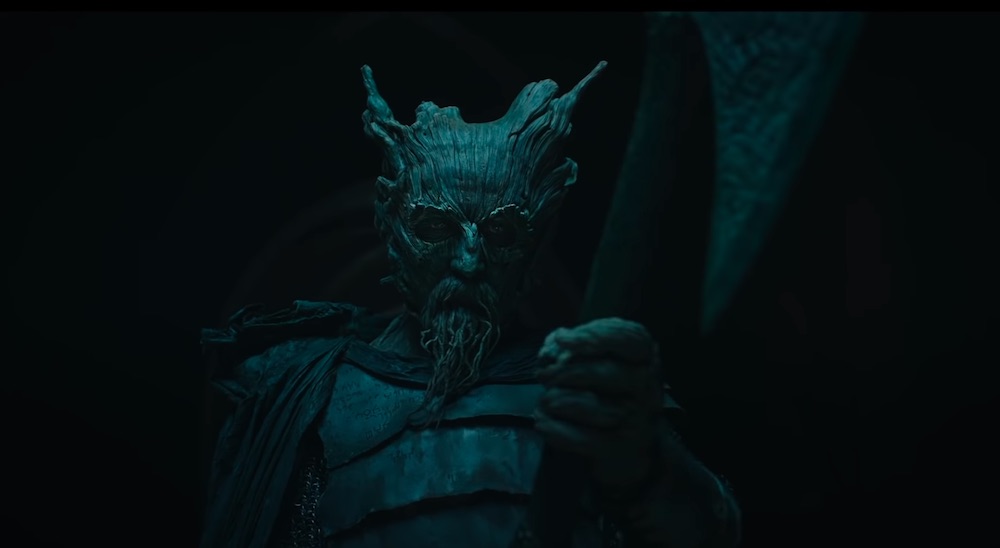 High fantasy and ancient English myth will unfurl at SXSW this year, as the festival has just announced that David Lowery's eagerly-awaited retelling of part of the legend of King Arthur, The Green Knight, will premiere as a Film Festival Headliner.

First recorded in the 14th century (but almost undoubtedly existing in folk tales before then), here is no one story of the Green Knight in Arthurian mythology. Instead he is an enigmatic figure, a warrior whose task within the cycle is to test the Knights of the Round Table: most especially Gawain (played here by Dev Patel). In Lowery's version, Gawain is the directionless nephew of Arthur (Sean Harris), who must define himself through the trials and tribulations that the Green Knight (Ralph Ineson) places before him. The film also stars Kate Dickie (as Queen Guinevere) Alicia Vikander, Joel Edgerton, Sarita Choudhury, and Barry Keoghan.

This new version seems like a potentially perfect fir for Lowery. A Texas director and long-time friend of both SXSW (premiering his 2009 debut feature, St. Nick, there) and the Austin Film Society, his films have often seen ordinary men tested by the extraordinary and uncanny (A Ghost Story and episodes of TV's Strange Angel), while his remake of Disney's Pete's Dragon proves he knows way around the mystical and fantastical.

Announcing the addition to the lineup, SXSW Director of Film Janet Pierson said “David Lowery is a singular artist with a filmmaking vision that’s both epic and intimate. It’s been beyond exciting to watch his growth as an artist. His newest film is an extraordinary achievement, delivering superlative performances, suspense, and magic with cinematic grandeur which we know our SXSW audience will love.”

The Green Knight will debut during SXSW on Monday, March 16 at 5:30pm at the Paramount Theatre. It will go on general release on May 29.