Shelley Duvall in Brewster McCloud: the Fort Worth-born actress will be honored alongside Kaitlyn Dever and Erykah Badu at this year's Texas Film Awards, taking place March 12 at Austin Studios.

A legend of Hollywood and a musician of massive cross-cultural impact: The Austin Film Society has announced today that actress Shelley Duvall and musician Erykah Badu will be honored at this year's Texas Film Awards, while the iconic Lone Star film Brewster McCloud will receive the Star of Texas Award.

The annual Texas Film Awards have already announced that Booksmart star Kaitlyn Dever will become this year's Rising Star at the ceremony, to be hosted by Parker Posey on March 12 at Austin Studios (tickets available at www.austinfilm.org).

Duvall will be this year's inductee into the Texas Film Hall of Fame, and rightly so. Her career was launched by Robert Altman's 1970 bizarro comedy about a man with home-made angel wings (Bud Cort) living in the Houston Astrodome. A native of Fort Worth, she never thought of being an actress until her then-husband, artist Bernard Sampson, introduced her to Altman and he convinced her to join his latest production. She accepted (famously later explaining "I simply got on a plane and did it") and became an Altman regular, appearing in McCabe & Mrs. Miller, Thieves Like Us, Nashville, Popeye, Buffalo Bill and the Indians, or Sitting Bull's History Lesson, and a Cannes Best Actress-winning performance in 3 Women. This was, of course, all before a career-defining role as Wendy Torrance in The Shining – that is, for those of you who don't remember her bringing wonderful life to fairytales as host of Shelley Duvall's Bedtime Stories.

That's without talking about her Emmy-nominated and Peabody- and CableACE-award-winning career as the creative force behind Think Entertainment, producing not only Bedtime Stories, but Nightmare Classics and Mrs. Piggle-Wiggle.

However, while the ceremony will honor Duvall herself, that original role will be under particular praise, with a special screening of Brewster McCloud at AFS Cinema on March 11, the night before the awards. Duvall will be on hand to accept the Star of Texas award on behalf of the film with her costar Michael Murphy. 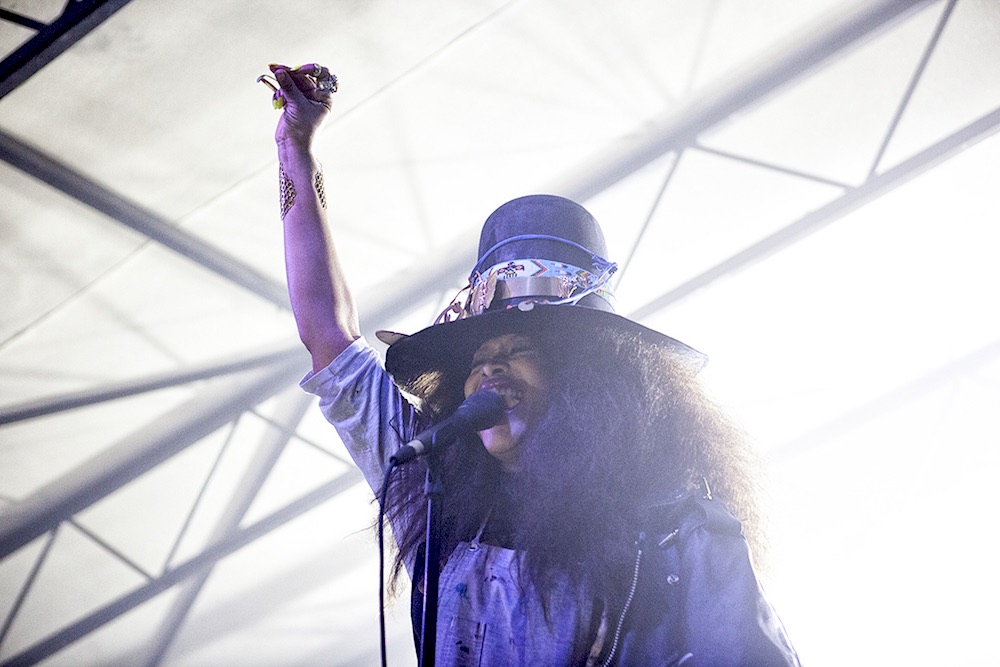 Erykah Badu at SXSW in 2016 (Photo by Jana Birchum)

The other big inductee today may be most famous as a musician, but her cross-media impact and performances and creativity across multiple platform makes her a worthy inductee and recipient of the Soundtrack Award. Erykah Badu began performing on-screen in music videos before she moved behind the camera as a director, helming a quartet of videos including "Otherside of the Game" and "Window Seat." Her first acting credit was as Queen Mousette in Blues Brothers 2000, and she's stayed on-screen across two decades, with roles including April in Hand of God, and the voice of Fatback Taffy in Black Dynamite. Her music has appeared on soundtracks from Atlanta to Yo-Gabba-Gabba, and she constructed the whole sound of Legends of Chamberlain Heights as music supervisor.

Now Streaming in Austin: "Austin, Texas, March 20-23, 2020"
Empty Austin caught in a remarkable record of where we are now