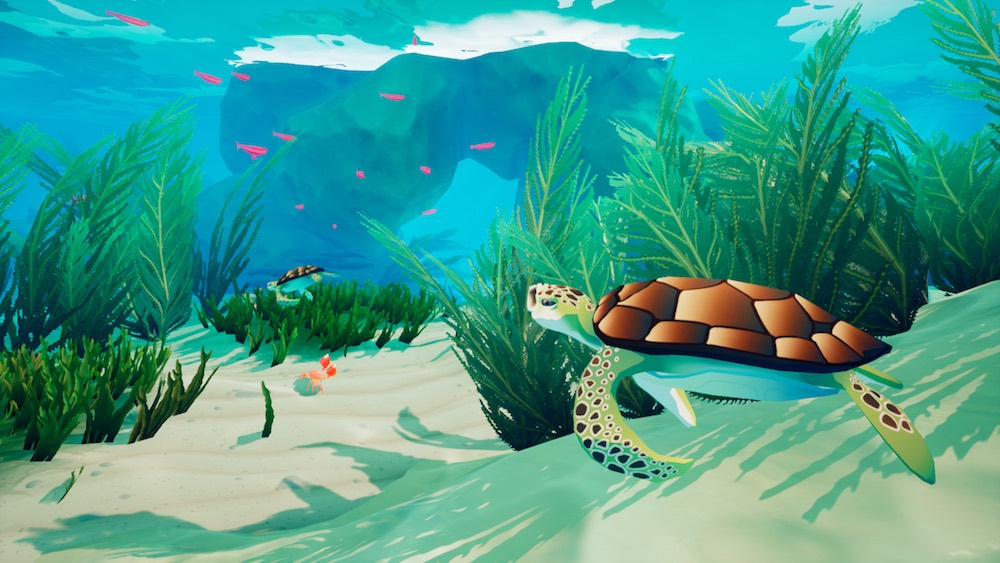 Did you know that individual siphonophores like the Portuguese man o' war have such specific responsibilities that groups of them are considered "colonial organisms"? Did you know that water absorbs longer wavelength of light giving vivid objects greenish/blue hues at a distance? Or that sound is similarly muffled in water?

These are the things you learn when you set a video game underwater. At least that's a portion of what the trio behind Austin development team Paralune researched while creating their narrative exploration game, Mythic Ocean.

Players of the recently released title begin their journey dropped in a fantastical, watery world populated with creatures ranging from the mundane to the otherworldly. Swimming around leads to conversations with Mythic Ocean's inhabitants and a realization that the interactions with the more unique denizens of the depths have effects far beyond the ocean. In fact, players are part of world building on a mythological scale, and their choices have reverberations on a universe in the making. 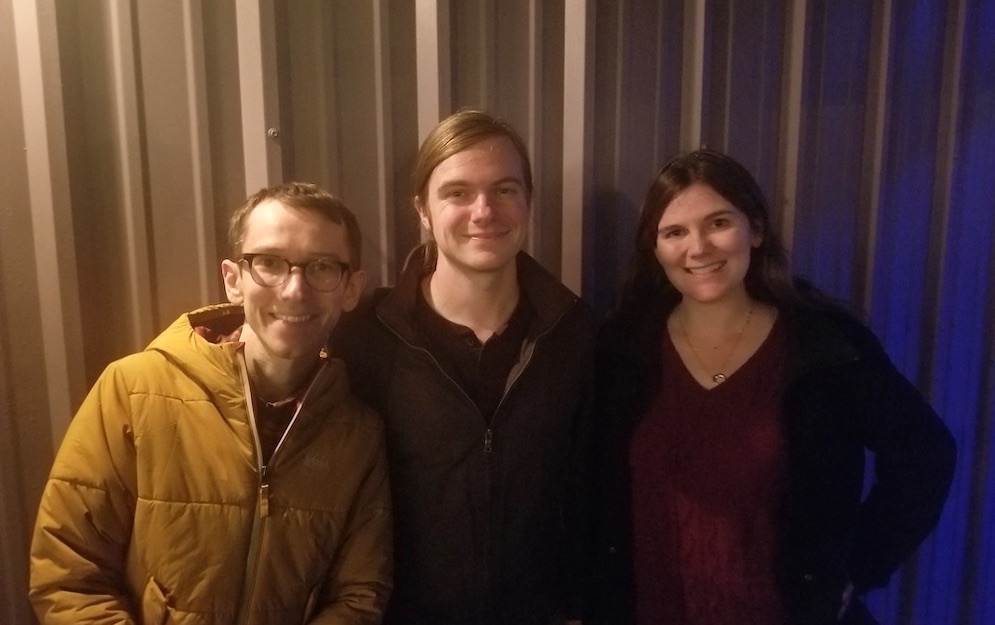 Writer/composer Darren Malley started researching creation myths in 2016. As similar traits began to emerge, so did the story. "The plot became clear once I understood how I wanted the gods to interact with one another," says Malley.

The next years of writing lead to roughly 90,000 words for the characters, but only about a third of those will be revealed on one (very thorough) playthrough. Malley explains the experience of Mythic Ocean is meant to be a cycle. "Any particular ending you get is not really the end," he explains. Not happy with the world you created? Try approaching the various gods in the game differently.

The Paralune team prioritized creating something accessible to all. Character artist and animator Robyn Haley wanted to engage those interested in reading and characters. "There’s more to the world than shooting your problems," she says. Mythic Ocean is about creation, not destruction, after all.

Exploring the mythical sea of the game is a largely soothing experience with no time limits or fast-paced action and a bevy of lovable sea creatures. There is, at times, low-level dread from the darker depths of the ocean possibly informed by programmer and environment artist Matt Smudz. "I’ve always had a fear of deep water," he admits. It's surprising given the watery nature of his creation.

"I think that fear subconsciously made me want to explore that setting in the game," Smudz explains. The experience of developing Mythic Ocean even helped Smudz get over his fear. He goes so far as to say that he'd try scuba diving if given the chance.

Back in the water of the game, players have their emotional intelligence tested as they navigate conversations with sometimes difficult characters. However the gods have minds of their own and the effects of your words might be 100% predictable. But if you're aiming to create a peaceful, positive world through your interactions, putting good vibes out there can't hurt.

When asked for any last words about their game, Haley speaks about Mythic Ocean, video games, and the world all at once. She says, "Play games, be good to each other, respect the environment, and think of someone else’s point of view.