My ATX Television Festival With the Scrubs Cast

The medics of Sacred Heart reunite in Austin this June 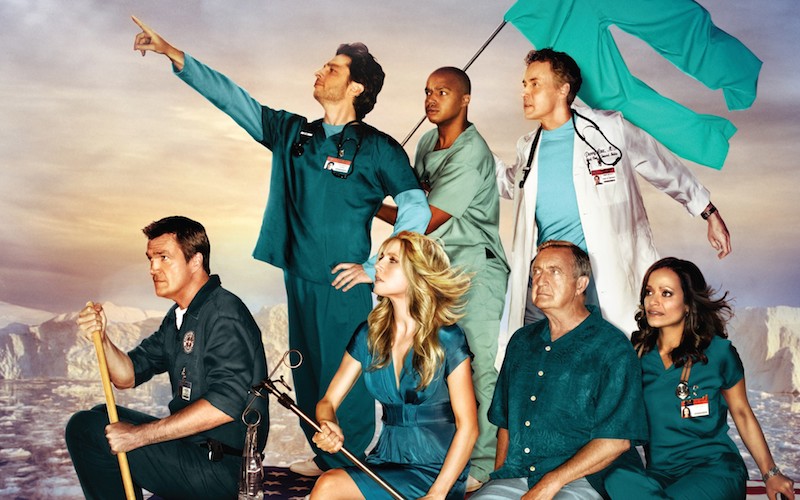 The show debuted on NBC less than a month after 9/11, when any sitcom seemed doomed. However, its mixture of comedy, empathy, tragedy, fantasy, and razor-sharp dialogue made it a nine-season smash (it probably didn't hurt that it was secretly one of the great shows about America's convoluted relationship with death). Now ATX Television Festival brings the cast that made Sacred Heart everyone's favorite hospital together for a special reunion panel.

• A panel for the CW's new smash, an updating of beloved teen detective series Nancy Drew. The show, which debuted last October, has already been picked up for a second season.

• TBS got into the late-night political satire game with Full Frontal with Samantha Bee, and the team behind the show will be on hand to talk about the challenges of finding humor in the current climate.

• More comedy with Comedy Central’s The Other Two, with a special screening followed by a Q&A with cast and creatives.

• And Lawrence isn't the only familiar face, as Comedy Central measures a fourth round of Drunk History, served by series creator Derek Waters and a secret list of special guests.