Congrats to Kaitlyn Dever, the latest talent to be recognized by the Texas Film Awards. (Image courtesy of Cliff Watts/Netflix)

She's the first announced name for the 20th annual Texas Film Awards, to be awarded in a star-studded ceremony on March 12 – the night before SXSW begins – in the newly renovated Stage 7 at Austin Studios (tickets available at www.austinfilm.org). At a special breakfast announcement ceremony at AFS Cinema, Austin Film Society CEO Rebecca Campbell noted that the ceremony is the society's biggest annual fundraiser, and helps fund the AFS Grant program for new and emerging independent filmmakers. "It's a tremendously important night for us," she said.

Raised in Dallas, Dever gave one of SXSW 2019's breakout performances as the delightfully awkward Amy Antsler in Olivia Wilde's beloved teen comedy. However, she was already well known to South By audiences from her performance as the volatile and emotionally isolated Jayden from 2013's Short Term 12, and that's if they didn't already know her from her TV performances as youngest daughter Eve Baxter in Fox's massively successful sitcom Last Man Standing. They'll definitely know her now as Loretta McCredy in Justified on FX, or her Golden Globe-nominated performance as rape victim Marie Adler in Netflix's Unbelievable. AFS' Head of Film & Creative Media Holly Herrick said, "Kaitlyn Dever really fits the mold of the Texas Film Awards Rising Star who has already made a major impact with her work and is poised to do more great things." 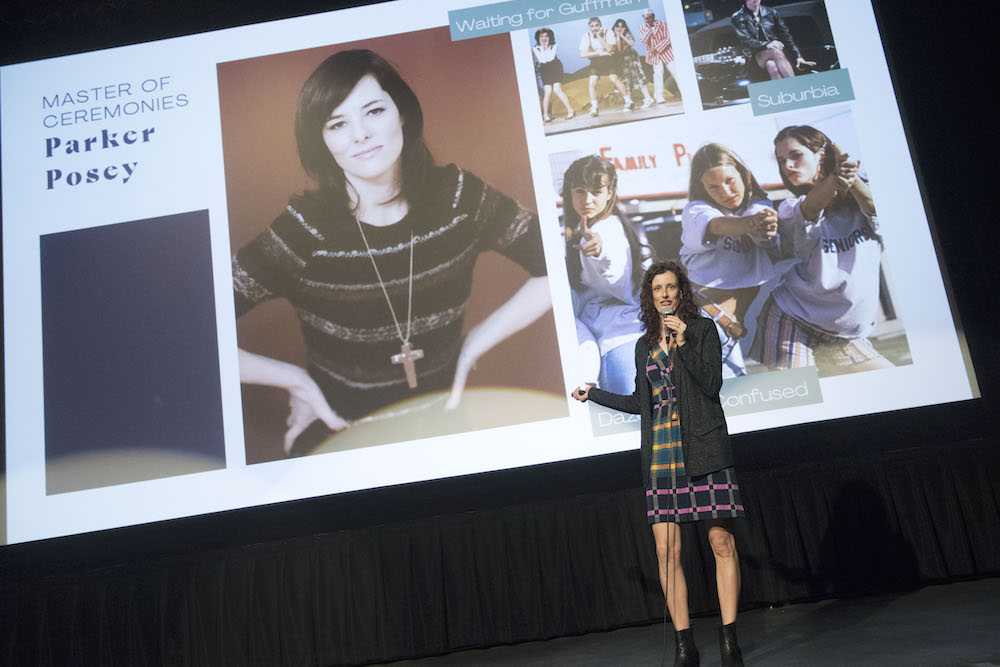 After a two-year run at the AFS Cinema, the ceremony moves back to Austin Studio (as Herrick called it, "our home base"). The society is already stacking the talent outside of this year's to-be-announced hall-of-famers, with a familiar face returning to Austin. Parker Posey has long been known as the queen of the indies, having worked with just about every major studio-shunning director (Christopher Guest, Gregg Araki, Noah Baumbach, Jill Sprecher, and of course Richard Linklater in both Dazed & Confused and Suburbia), and now she'll be the evening's emcee.

As for entertainment, AFS has booked Grupo Fantasma and Brownout co-founder, multi-talented multi-instrumentalist, and producer Adrian Quesada as musical director. Currently enjoying Grammy-nominated success with his new band, Black Pumas, he's assembling an all-star band for the night (think of it as a warm-up for the Pumas' upcoming and record-breaking four night stand at Stubbs in May).

Herrick called Dever's honor "a great start" to the awards and promised more winners in the subsequent weeks, including inductees into the Texas Film Hall of Fame. "Texas Film Awards honors stars and icons of Texas who have such a big legacy in Texas film culture, and continue to make a big impact."