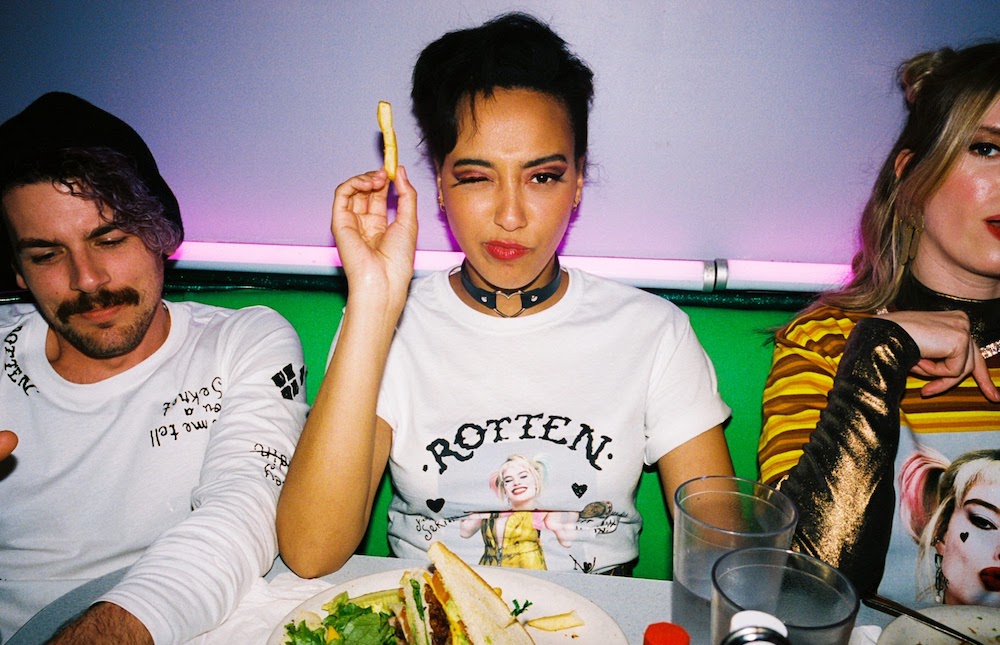 Birds of Prey (and the Fantabulous Emancipation of One Harley Quinn) is Warner Bros. big Spring release, so when they were looking for another part of their empire to release merch with a certain cachet, it looks like they turned to Austin-based online content beast Rooster Teeth.

RT has just released a new line of clothing through its Coop sub-brand, inspired by the upcoming film and especially ny the home-made tattoos of Margot Robbie's psychologist-turned-henchwoman-turned-antihero Harleen Quinzel, aka Harley Quinn.

Rooster Teeth launched the Coop in 2018 as a pop-up store during their RTX annual convention, but so far it's specialized in limited run merch for RT and various of its other sub-brands, mostly only available in person at RTX or in small numbers from overstock after the con has wrapped. Rooster Teeth has done non-RT merch before – specifically for DC Comics, who reciprocated with new titles for RT animated shows RWBY and gen:LOCK. However, this is a major change for the more targeted and exclusive Coop and indicates RT's role as the one of the cooler components of the WarnerMedia talent roster.

You can pick up the new Birds of Prey shirts and jackets at www.roosterteeth.com.

Rooster Teeth, The Coop, Warner Bros., WarnerMedia, Birds of Prey (and the Fantabulous Emancipation of One Harley Quinn)