Arkansas filmmaker on the lessons of no-resource cinema 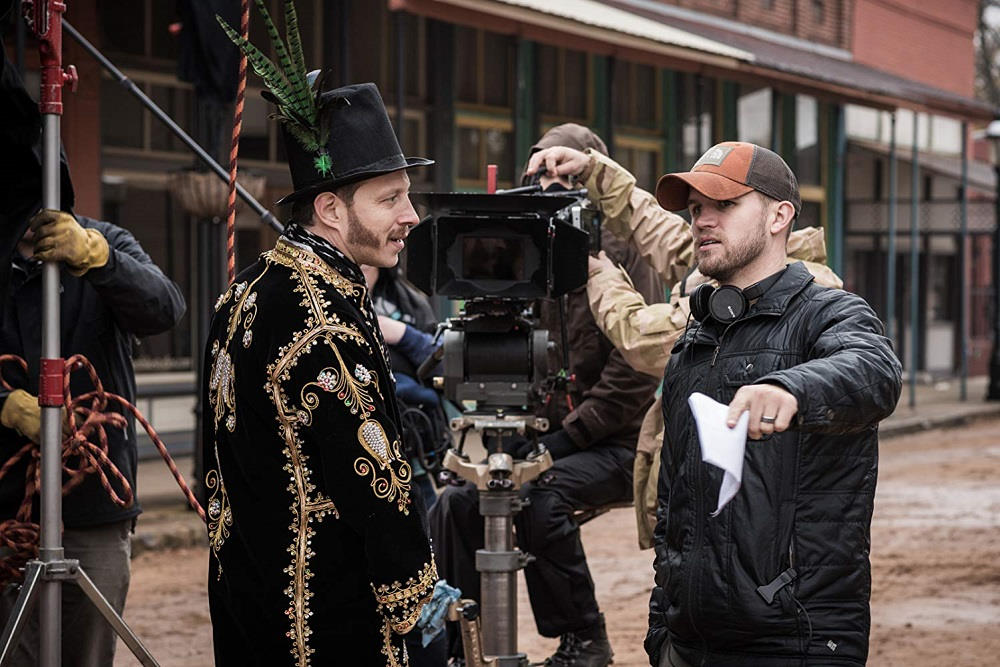 It's easy to forget it's not that long since Austin didn't have a filmmaking scene. It took sweat and DIY energy to make movies here, and now Devon Parks is creating the same stirrings of that early Austin scene in the equally unlikely locale of small town Arkansas. To do it, he learned the lesson that every indie filmmaker knows: Use what you've got.

Parks' latest movie, The Riot Act, was filmed in and around the historic King Opera House in Van Buren – on the banks of the Arkansas river, walking distance from Oklahoma – and tells a somewhat fictional tale of a dark period in its early history in the late 19th century. It's a mystery of murder, a disappearance, star-crossed lovers, revenge, and a vaudeville troupe from the East Coast whose performances stir up local outrage and secrets that some want to stay buried. "It's a true story," said Parks, and it forms the opening act of the film. "There was a prominent doctor, and his daughter didn't want to follow him into medicine. She became really fascinated with the arts and the local opera house, and she became really interested in a traveling actor who was in town performing an opera. Through the couple of weeks he was in town they became involved, and she decided she was going to move back East or out West. The doctor caught wind of her intentions that she was going to skip town on a train one night with the troupe." Before they could elope, the actor met a grisly fate - and that's where The Riot Act begins.

“I want you to take two hours out of your day, to step into a period that you might not be familiar with, that may be new to you, and when you’ve watched it you walk away with an experience from a different time period or different realm or different world.”
For Parks, the historical setting isn't just about costumes and set dressing. Instead, he said, "The time period lends so much to the overall structure and themes of the film."

Parks wasn't coming into the production blind. He spent two years as a production office assistant and producer's assistant at Scott Free, Ridley Scott's production house, and aside from the practical experience he also absorbed part of the Alien director's storytelling philosophy. "He wanted his viewers to always be completely engulfed by the world that he's created, and that's a similar view to one that I hold. I don't want you to watch a film of mine and just watch a story unfold. I want you to take two hours out of your day, to step into a period that you might not be familiar with, that may be new to you, and when you've watched it you walk away with an experience from a different time period or different realm or different world."

Moreover, Parks had a particular vision for what The Riot Act should look like. He said, "I didn't want your typical dusty Western town," so it helped that he knows the area and its history. A native of Van Buren, and a graduate of the University of Arkansas at nearby Fayetteville, among his other short films he directed two short historical docudramas about turn-of-the-century Arkansas. In 2015 he took home two prizes at the Mid-America Emmy ceremony for the first in the series Step Into: The King Opera House and followed that with Step Into: Miss Laura's, about Miss Laura's Social Club in Fort Smith, Ark. – the only former bordello on the National Register of Historic Places.

Bringing back the past in Arkansas: On-set on The Riot Act. (Photo Courtesy of Mad Possum Pictures)

Locations like those informed the story (in fact, The Riot Act is one of four stories about and inspired by Van Buren that Parks wants to complete). The opera house was built in 1880; Miss Laura's – originally the Riverfront Commercial Hotel, a three-story row house – was completed in 1896. These are architectural gems, showing a confluence of wealth, taste, resources, and expertise, but in popular culture there's still a belief that everything away from the coasts will still cowboys and buffaloes, gunslingers and buckskins.

Parks and his wife now live and work in Los Angeles, and so that's where they originally location-scouted. "We looked at some of the most popular Western towns in L.A., at Melody Ranch (where Django, Deadwood and Westworld were shot), some of the bigger back lots, even some out in Arizona, and it was your stereotypical dirt, swinging doors, dusty saloon." That was exactly what he didn't want. "I wanted it to feel like an emerging town," Parks said. "I wanted it to be at the turn of the century, when electricity was just arriving." These elements all started to key into an emerging theme of the script, about the clash between the rising city that is moving into modernity and "the more progressive troupe that's coming in from the East that would have been more advanced in terms of society and innovation."

So coming back home, to where the stories he wanted to tell were born and to where those kind of structures still stand, made sense – especially since he already knew the town and the stories so well. Other aspects still took research, such as delving into the surprisingly limited archives of what turn-of-the-century vaudeville performances were like (he found that, far from the modern believe that melds it with burlesque, vaudeville was part circus, part spectacle, and part slow-moving performance art).

However, shooting on location in Van Buren meant getting through the doors of several venerable buildings, including some on the National Register of Historic Places. That meant using the relationships he'd established in the town, from his shorts and from other volunteer work. "I called in a lot of favors," he said. "I told them, 'Look, I'm going to bring in a 40-person crew and I promise you that I'm not going to scratch these floors that have stood for a hundred years."

But once he got access, he was able to use the incredible resources of this historic city, and now he can showcase his home town to audiences. "It's a gem in the entire United States," he said. Equally important, the response to the finished film from the Van Buren community has been supportive. "When the town has put so much time and money into the restoration of these buildings, to see it utilized in the way they are [in the film], it's met with a lot of appreciation."

The Riot Act is on VOD now.