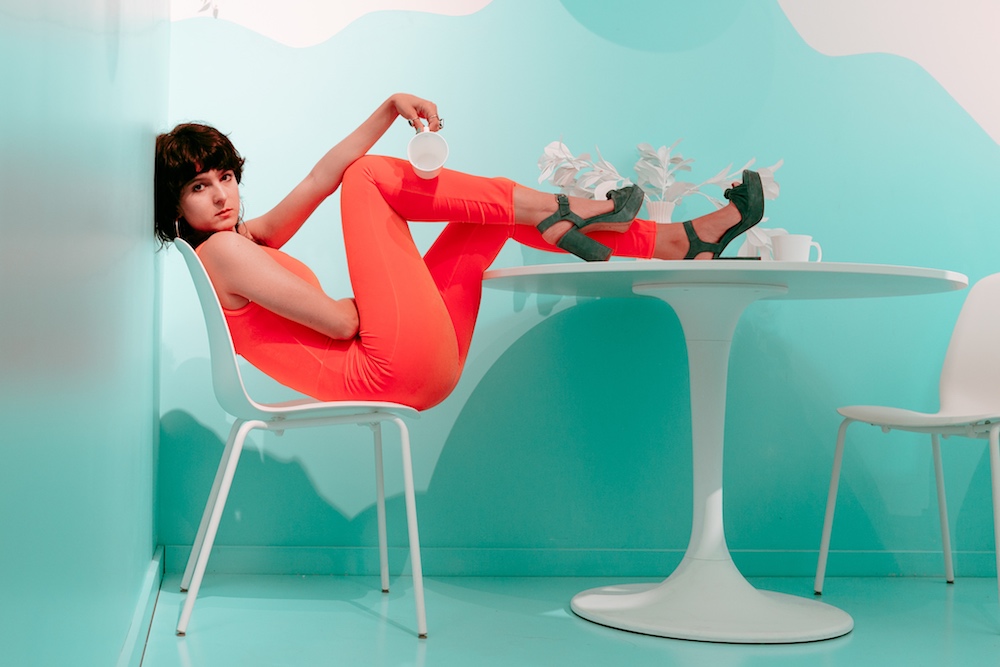 Isa Mazzei: Figuring out how to represent things in genre was a really fun and interesting exercise for Cam. I've talked about this a lot, but Lola is this metaphorical representation, a physical manifestation of this distance that exists between our digital selves and our real-life selves, which is something I absolutely felt while camming. It was taken from the feeling of having my porn pirated and spread over the internet, and watching these images of me that were me but in no way linked back to me. Watermarks scrubbed off, user name gone, just this weirdly alienated version of myself.

Then I had to figure out not only how to put that into genre, which ended up as Lola, but then how a different character would react that, how Alice would process that, how her community would react to that, was an important step for me to able to process these things for myself. I had this layer of fictional story and a fictional character, and for the book I didn't have that. It was very much, "This is how Alice felt seeing Lola. How did Isa feel seeing these videos? How was that?" That's a much more vulnerable place.

“What holidays are happening that are going to affect your viewership? Which nights of the week are better for you to do certain kinds of shows? These are all analytics that camgirls know. ”
AC: The porn industry has a long history of being very forward-looking on tech. It was first to market in a lot of ways on video tape, streaming video, even online secure payments. But that also means it runs into all the problems first. In this case, people coming to terms with the idea of having a separate digital identity.So you went through what a lot of people are now going through, but more amplified, more open and – pardon the pun – more naked.

IM: Totally, and I think that's why anyone who has a presence of online can related to the experience of camming. You create this version of yourself that admits on the internet, and everyone who has social media or stream on Twitch or YouTube, all of these experiences are similar in that you're curating this identity. You're structuring this version of yourself that can't be all of you. At the end of the day, it exists online, not in the real world.

AC: So this raises the question – who was Una? As a writer, you deal with character, so who was she to you?

IM: Una evolved over time. She started as a very precise of who I wanted to be. She was funny and confident and smart and alluring. She had a lot of my own traits but they were always carefully packaged. She was the right amount of goofy, the right amount of awkward. She was very balanced, and I built all these details around her that I felt I could relate to but weren't entirely true. She was from Wyoming, not Colorado. Her mom was a hair stylist, not a makeup artist. There were these experiences that I had had that I also wanted her to have, but of course be these slightly fictionalized versions. 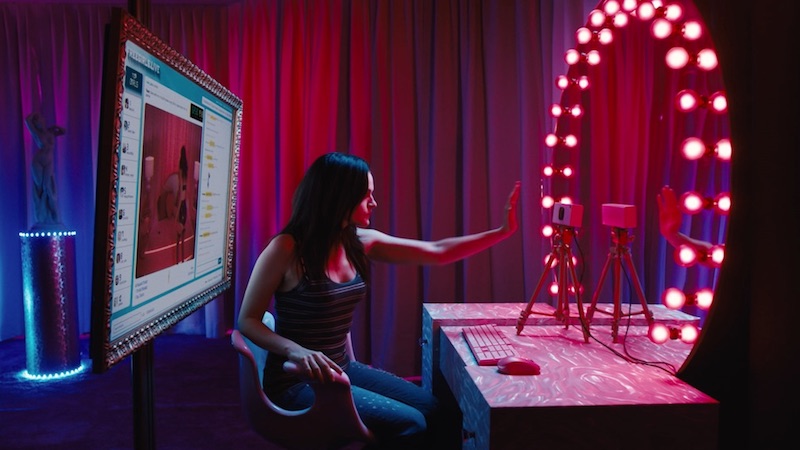 Madeline Brewer as Alice, the protagonist of Isa Mazzei's Cam, who must come to terms with her own digital persona when it develops a life of its own

AC: It sounds a lot like professional wrestling. Even the biggest gimmicks, the biggest personas, have to be based on you or you can't sell it and the audience won't believe it.

IM: Totally. It was important that she feel real and authentic. And also I wanted to express real parts of myself. I really enjoyed making crafts and I was terrible at it. I would make these awful animals, or gluing googly eyes on construction paper – just these silly, ridiculous things that were absolutely a part of Una's persona but were also a part of a thing that I legitimately wanted to do. I really enjoyed being goofy and making fun of myself and just being ridiculous, and that came from a very real place.

So there were a lot of very real things channeled through this curated version of Una.

AC: At what point did you realize that there was this space for non-sexual activity in camming, that people would watch your channel to watch you do these things?

IM: I knew that from the beginning. That was something that drew me to camming and that I thought was so cool about camming. I watched dozens and dozens of girls on this site, and I realized that there was so much freedom in what they could do. Each performer had their own little type of show that they enjoyed. Some girls sang. Some girls did only sex shows. Some girls never did sex shows. Some girls painted. Some girls juggled with fire. Some girls did a lot of shows with other girls. (I say girls, because the site I worked on was only girls, but there are cam performers obviously who are not.) It was just a space where I saw there was such freedom for creativity in all areas, even doing more creative kinds of cum shows. There was so much room for experimentation, and what really speaks to you as a performer.

That's what really drew me to camming initially, watching all these varied performances and realizing there was a such a space here to really explore and find what I wanted to do as a performer, and how I could connect to audiences.

AC: At the same time, you're also an independent business, basically working as a subcontractor, and like a lot of performers you suddenly have to work out how to run a firm and calculate your taxes.

IM: Sex work is an incredible amount of work, and that was something that, with Cam, was important for me to bring in as much as I could, showing how much thought went into Alice's shows, and her behind the scenes, and how she tracks things on her calendar. I had a lot of things like that as well: I had a book where I wrote down show ideas and inspiration, references. Any time I saw a costume I liked in a movie, or doing your make-up.

There's so much thought and labor that goes into camming. The performance is the part that everyone sees, but there's also lighting the performance, and figuring out how to pace it, and figuring out the angles and the camera. How you're going to market yourself, how you're going to brand yourself, what kind of photos you're going to post, when you're going to post them. What holidays are happening that are going to affect your viewership? Which nights of the week are better for you to do certain kinds of shows? These are all analytics that camgirls know. Camgirls track these things. They put so much effort into working out how to do their job, so that when they're performing it looks effortless.

I think it's important for people to recognize the labor and the skill and the raw entrepreneurship that goes into any sex work career. Because so often, still, people say to me, "Oh my god, I wish I could just take off my clothes and make millions of dollars." It's such a misconception, because camming was such an incredibly demanding job. It really stretched every single skill that I had, and forced me to learn a lot that I didn't have. I thought it was important to include that in the book as well.

AC: And it also meant that you were working with building a character and learning pacing – two things that are pivotal in scriptwriting.

IM: Totally and absolutely, and that's not a fluke. Camming really refines a lot of skills, and really taught me a lot about things that now I use as a writer in other arenas. I see writing Cam as an extension of my camming – it was another form of telling a story.


Cam is streaming now on Netflix.