The French View of Richard Linklater 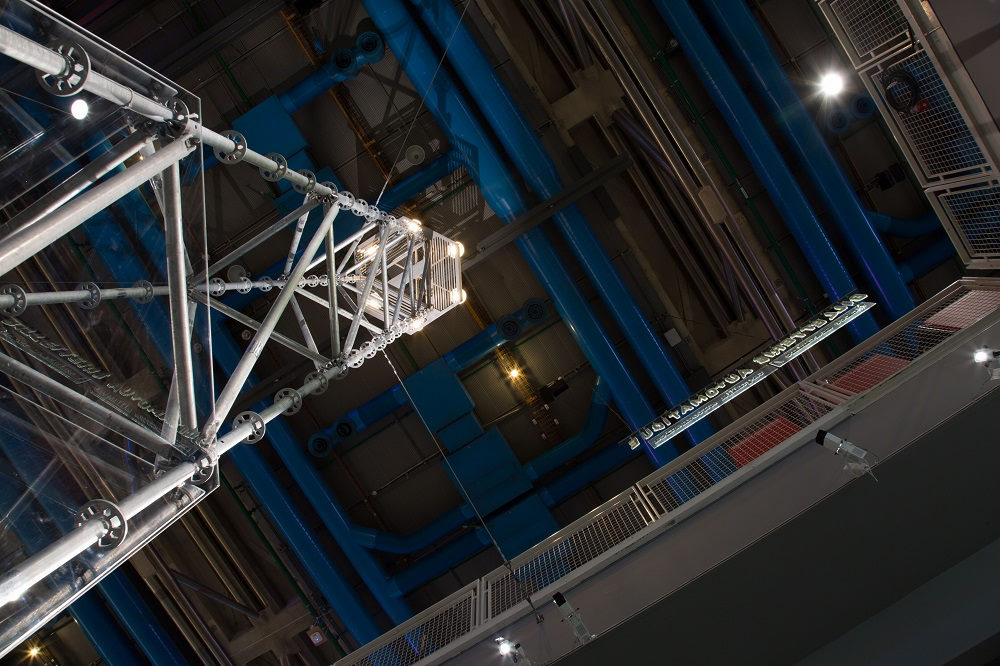 A different perspective: a replica Moonlight tower, built for the new retrospective and exhibition on the films of Richard Linklater at the Pompidou Centre in Paris, France. (Photo by Hervé Veronese, Centre Pompidou)

In Austin, Richard Linklater is a defining Austinite, having both defined the artistic perception of the city and helped build the cultural landscape. But who is Richard Linklater outside of the local context? A new exhibition at the Pompidou Centre in Paris gives an intriguing new perspective on his body of work.

Film programmer and curator Judith Revault d'Allonnes has worked closely with Linklater and the Austin Film Society to put together "Richard Linklater: Le cinéma, matière-temps" ("Filming Time as Material"). But a show in a country that has never had a theatrical release of Slacker, where Linklater only really became known with his third film (1995's Before Sunrise), puts inevitably puts his career into different context.

It's an honor as prestigious as getting a retrospective at MomA or the Guggenheim, but it's not all wine and roses for the filmmaker. It's a show that pointedly asks Linklater who he thinks he is (and, as he explored with the Chronicle, that's a question best answered with a comma, not a period). But it also raises the question of who Linklater is in France, and to the French audience. 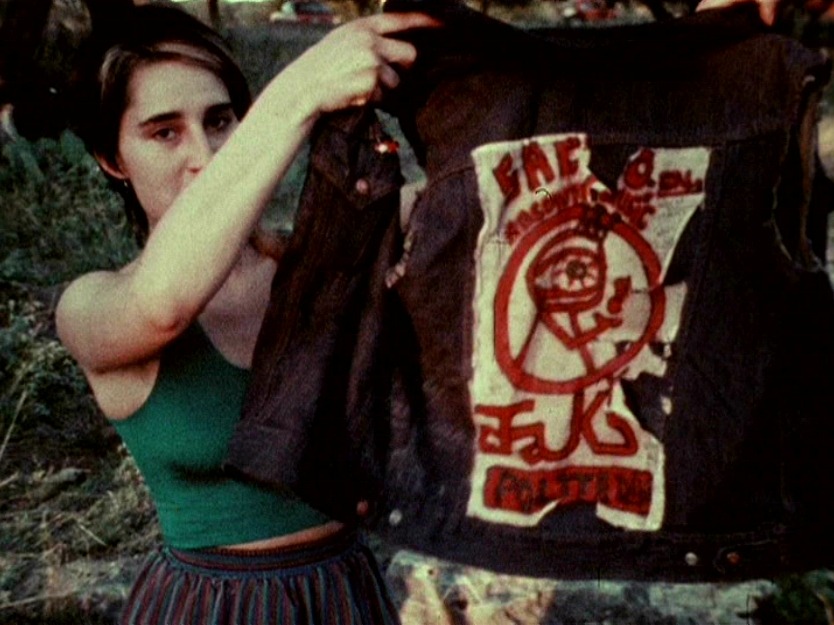 Where it all began: "Woodshock," Richard Linklater's very first project, which is part of the new retrospective series at the Pompidou Centre in Paris.

Austin Chronicle: The Centre Pompidou has hosted retrospectives and exhibitions for other filmmakers. What was it about Richard Linklater that made him a director who would receive this honor?

Judith Revault d'Allonnes: Richard Linklater is a one-of-a-kind filmmaker, in the sense that he has achieved very early, from Dazed and Confused and Before Sunrise, to go truly experimental inside popular film forms like teen movies or rom coms. And he has kept this complex and subtle balance all the way, pushing the boundaries always further by imagining audacious narrative and time structures, the most daring to this date being the 12 years Boyhood shooting to capture the universal and moving experience of growing up from childhood till adult age.

This balance between highly personal creativity and address to a wide audience, between independence and industry, makes his work priceless to us. It is a question that concerns the whole contemporary art scene that we represent and defend at the Centre Pompidou. We were really keen on showing Richard Linklater’s complete work.

“There is also a darker side to Richard Linklater’s approach to our times. Fast Food Nation, dealing with exploitation of clandestine immigration workers, ill treatment of animals, health and environment consequences ... A Scanner Darkly reflects on what of this once considered paranoid science-fiction has become true: the ever-expanding surveillance through technology, the drug traffic linked with various States interests.”
AC: When the Centre asked Rick to assemble the materials for the exhibition, was there a particular theme or idea that emerged as central to the collection?

JRdA: Time as material emerged immediately as the central element in the exhibition. We have followed the different forms Richard Linklater has imagined and worked with.

One of them is the restitution of the spirit of an era, the zeitgeist, through paradoxically very short-time narratives, enclosed in a few hours - [like] Dazed and Confused which embodies the whole mid-1970’s and Slacker the wake of the 1990’s, both in one-day time frames.

There is also a darker side to Richard Linklater’s approach to our times. Fast Food Nation, dealing with the other side of the coin of fast food production and economy network – exploitation of clandestine immigration workers, ill treatment of animals, health and environment consequences – is a very interesting example of this American nightmares approach, strengthening its impact by mixing fiction with documentary sequences. A Scanner Darkly, adapted from Philip K. Dick’s novel of 1977 in 2006, reflects on what of this once considered paranoid science-fiction has become true: the ever-expanding surveillance through technology, the drug traffic linked with various States interests. Animating the film in Rotoscope, a process that implies shooting real-life images and then drawing on them, gives it its disturbing and compelling effect, where everyone and everything is recognizable yet different.

The other main track in Richard’s work is the passing of time, the short period (the instant, the moment), and the long running of years. His films renders the time variations in quality and intensity, its physical and psychic traces, its memories. The Before trilogy, a romance story shot over an 18-year period, every 9 years, each time focusing on a few fragile but decisive hours, is a dizzying enterprise of time construction and restitution. And Boyhood is of course the masterpiece in this field, an epic shooting and time-ranging of 12 years to render the universal but mysterious and moving experience of growing up.

We have also commissioned for our collection a short film from Richard with which he answers the question «Where do you stand today?». It is the central piece of a room dedicated to self-portraits through time, with It’s Impossible to Learn to Plow by Reading Books, Linklater’s first feature-length film where he films himself in his daily occupations and wanderings, and his famous monologues in Slacker and Waking Life. A part of this room aims to the future, displaying elements of his works-in-progress, Apollo 10 1/2 about a childhood in the space age, and Merrily We Roll Along, the adaption of the musical he has just started and will shoot over 20 years. 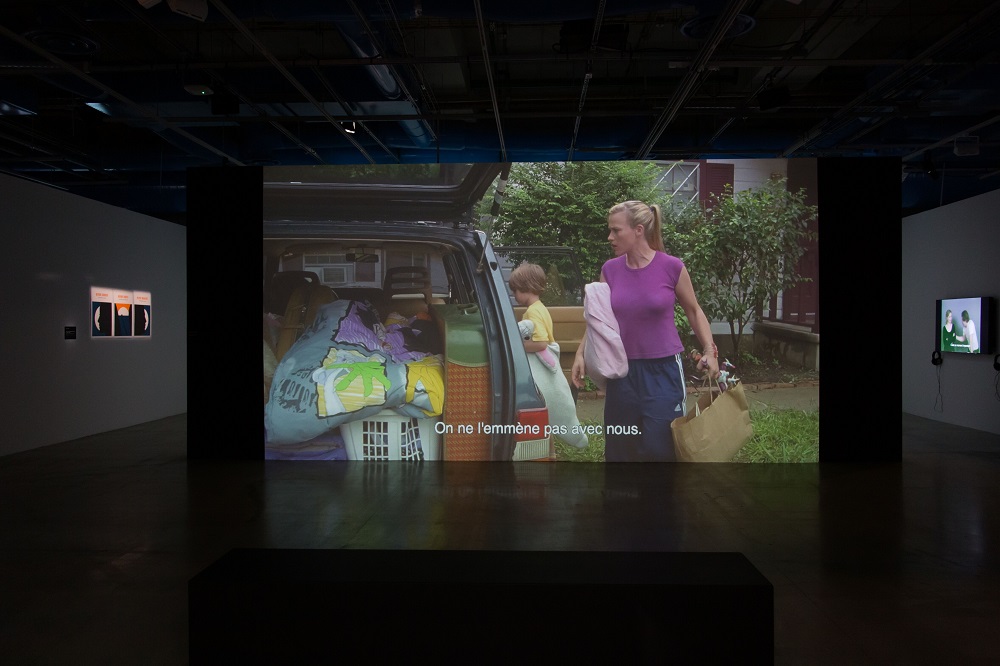 "[Linklater's] His films renders the time variations in quality and intensity, its physical and psychic traces, its memories. ... Boyhood is of course the masterpiece in this field, an epic shooting and time-ranging of 12 years to render the universal but mysterious and moving experience of growing up." Pompidou Centre curator and film programmer Judith Revault d'Allonnes on the underlying themes of Richard Linklater's work. (Photo by Hervé Veronese, Centre Pompidou)

AC: In Austin, Rick is very much seen as a local filmmaker, one whose stories are very much about the American experience, and the films that are viewed most fondly are those like Slacker and Dazed & Confused. However, I am from Britain, and the perception of him there is often different (I know a lot of British people who are huge fans of Tape, for example). How would you describe the French perception of Rick and his work?

JRdA: Richard became known in France with the Before trilogy. From then on, there have been here a true interest for his work, Boyhood remaining his most acclaimed work both by the critic and the public. Dazed and Confused, which was released only in 2006 on DVD, is a classic among film buffs. And there is also the younger audience to consider. I know quite a bunch of young fans of School of Rock and Bad News Bears. Linklater’s work has never been perceived as local, only Texan here. He is praised by the French critics, including the most serious ones.

As for the audience of his work today in France: we opened the retrospective with his short self-portrait and Before Sunrise. Tickets were sold out within 20 minutes. And after the retrospective and the exhibition, which will last a month and a half, Slacker will be released in theaters for the first time here.

AC:The exhibition was also include a room dedicated to the Austin Film Society. Why was the decision made to include that part of his creative life, which is obviously so important to him but not often discussed outside of Austin?

JRdA: This part of Rick’s activity, who has founded the AFS in 1985 and has been directing its programming ever since, for 35 years, is crucial to his own creation. It is by watching 600 movies a year in the 1980’s, ranging from silent era to the latest underground works and from the whole world, that Richard has forged his eye, his outstanding narrative skills and creativity, and his both experimental and classic taste. Founding this film community also gave a strong base to his work and allowed him to escape the industry when he wanted to experiment more and regain more freedom.

Among the greatest filmmakers, you find other examples of these very active film lovers, Scorsese and Tarantino of course, Moretti as well. And here in France, where the cinephilia inherited from the Nouvelle Vague era is still present (the arthouse network over France is strong and will hopefully remain so, Paris is probably the city where you can find the richest film offerings in the world), the taste of directors for film history and their passion to share it is important. The French public is still marked by the fact that Rohmer, Rivette, Godard, Chabrol, Truffaut were critics before to make their own films. Cinephilia is considered everything except a side matter or detail. We wanted immediately to include the AFS creation and history in the exhibition as full part of Linklater’s personality and creation.

For more on the exhibition, including Linklater's reaction to reconsidering his body of work, read "An American in Paris," Nov. 29.