George Pelecanos gives us glimpses of Washington crime and life 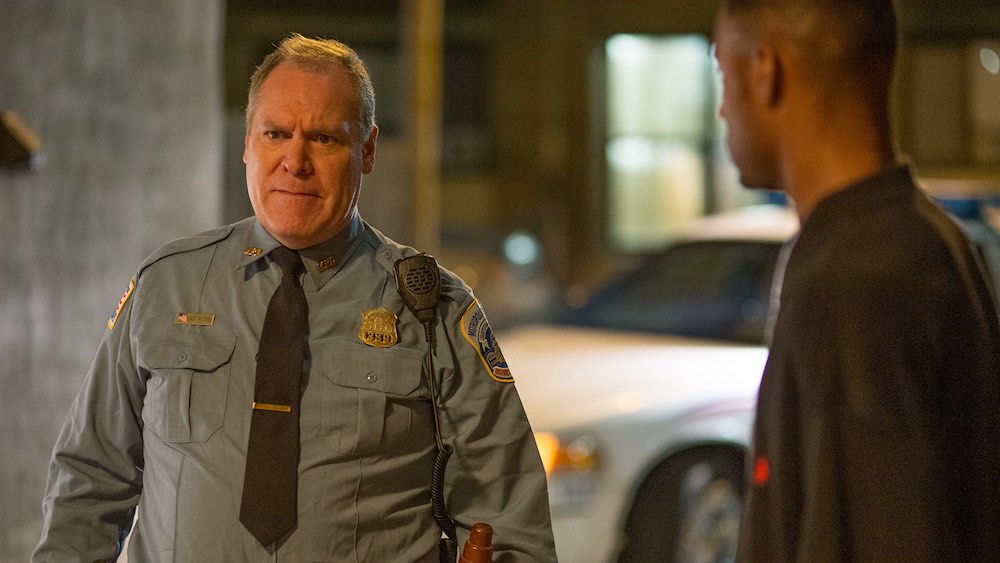 It's a very simple equation. As James Ellroy is to L.A., and David Simon is to Baltimore, so George Pelecanos is to Washington, D.C.

The East Coast crime novelist may not have Simon's journalistic background, but his depiction of the hardscrabble life away from the National Mall is the counterpart to his Maryland associate's depiction of life on the other end of I-95. It's why they've collaborated so many times on TV projects (The Wire, Treme, The Deuce), and now Pelecanos sets out as a director in his own right in crime anthology DC Noir.

The anthology film – which takes its name from the two literary collections curated and edited by Pelecanos – adapts four of the writer's own short stories about the nation's capital. It isn't set in the D.C. of K Street or Georgetown, or even the Lyndon LaRouche crazies hanging around DuPont Circle. It's in the projects and town houses, the late night liquor stores and neighborhood baseball courts. Yet what has always defined Pelecanos isn't geography, but his compassion. His stories are a brief view through a window into convoluted lives, and nowhere is that clearer in the installment directed by Stephen Kinigopoulos, "The Confidential Informant." Adapted from the short story which opens the original print iteration of DC Noir, and previously released as a standalone short in 2016, it stars Thaddeus Street (Black Frankie in The Deuce) as Verdon Coates Jr., the wayward son of a working class family. He's always been the second son, even when he cares for his father while his white collar brother climbs the corporate ladder, and he's kept a secret that has buoyed them up and will drag him down. Positioned as the closing chapter here, it's a perfect, tiny tragedy that never glamorizes petty violence, but focuses instead on what it is to be a bit player in the carnage.

Pelecanos himself directs the opening sequence, "The Lovers," as a snarling, nasty little crime of passion at the tonier edges of town, as a lawyer decided to take a shortcut to avoid a second divorce. It's pure Pelecanos, a story of people driven by weakness and elevated by moments of grace. The drama is always in the balance between those forces, of devils and angels on shoulders, and nowhere is that clearer than in "Miss Mary's Room," directed by Pelecanos' son Nick (no mean writer himself). The story of two middle class white boys who face the consequences of wanting to play gangster sits in stark opposition to "String Music," the segment directed by Gbenga Akinnagbe (The Wire's Chris Partlow). Pelecanos and Akinnagbe aren't interested in romanticizing street crime, and keep sympathies clearly with the people trying to stay out of trouble, and the last of the old school beat cops who still knows everyone's name on his blocks (Jay O. Sanders in a small but moving part that quietly anchors the film's soul).

DC Noir feels small and intimate, and is undoubtedly a time capsule of sorts (all the segments bar "The Lovers" are set in the early 2000s, prior to the gentrification of neighborhoods like Park View and Petworth). Yet that intimacy allows each story to be a tiny landscape, painted in tones of sadness and quiet fortitude. Pelecanos and his collaborators don't sugarcoat DC, but they see it with the loving eyes that can only comes from knowing somewhere so well.