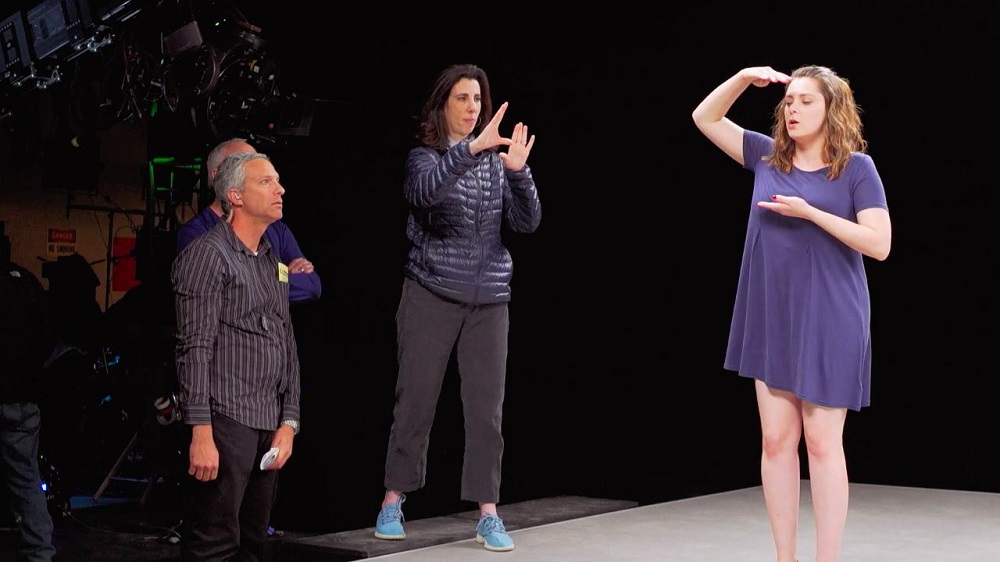 For some, four seasons might have seemed too short a run for Rachel Bloom and Aline Brosh McKenna’s musical sitcom Crazy Ex-Girlfriend when it wrapped on the CW in April.

However, by the time we reached the end of Rebecca Bunch’s journey to find happiness that those prophetic butter commercials had promised along, it was clear Bloom (who also starred as Rebecca) and McKenna had crafted a fully-realized journey for the lawyer who’d left New York for the grandiose, if not delusional, promise of love in West Covina, California.

Directed by Katie Hyde, "Crazy Ex-Girlfriend: Oh My God I Think It’s Over" witnesses the cast and crew readying to bid West Covina adieu in the series finale, "I’m in Love." From the table read to working out the final song’s choreography, the short follows Bloom and McKenna in the whirlwind that is filming an epic series finale across the seven-day limit. A finale that, just like all of the other Crazy Ex-Girlfriend episodes, requires writing, recording, choreographing, and rehearsing several original musical numbers.

Combining interviews with fly-on-the-wall filming, the short goes to show that, while the show was Bloom and McKenna’s brainchild, there’s an incredible amount of pre-production and behind-the-scenes finesse, especially with the songwriting process between the Emmy-winning team of Bloom, staff writer Jack Dolgen, choreographer Kathryn Burns, and executive music producer Adam Schlesinger.

The film, of course, is a must-see for the diehard super fans. (In fact, one attendee shared with this reviewer that they’d traveled all the way from Kansas City to Austin Film Festival for the screening.) Still, even for those unfamiliar with the series – and not afraid of spoilers, because there are a lot – the doc’s appeal lies not only in its peek into behind-the-scenes network TV, but also in its portrait of Bloom and McKenna’s relationship. The duo’s collaboration allowed for one of the most delightfully hilarious, catchy, smart, and yes, sexy, shows to air on network TV, and this doc is a testament to it.

Crazy Ex-Girlfriend: Oh My God I Think It’s Over