The true story behind The National Enquirer's smear machine 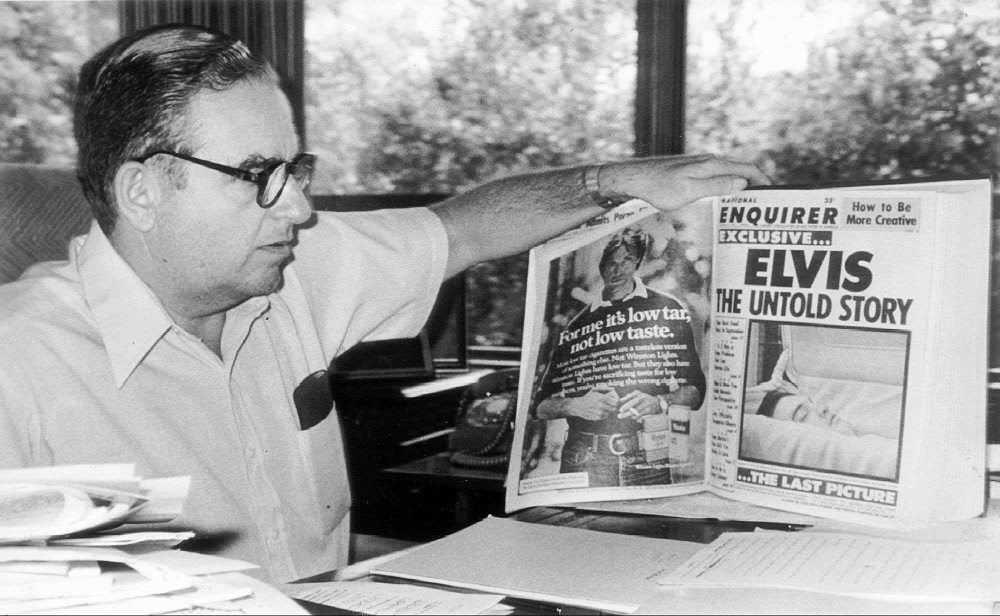 The filth and the fury: The National Enquirer founder Generoso Pope Jr., whose muckraking publication is the subject of Scandalous.

This rollicking documentary about the rise and fall of America’s premiere supermarket tabloid The National Enquirer opens with Pulitzer Prize-winning dragon-slayer Carl Bernstein somberly remarking about the deplorable disrespect for the truth today in the age of Trump.

His insinuation? That the weekly publication bears some of the blame for the current topsy-turvy world of alternative facts and “fake news”.

While Scandalous ultimately touches upon the tabloid’s plausible impact on the present-day state of affairs, it’s a killjoy way to begin a movie that’s so engagingly lively. Until the publication’s shamefully cozy alliance with 45’s presidential campaign and its catch-and-kill practices aiming to protect the candidate from porn-star revelations in violation of campaign finance laws, the only real agenda the Enquirer has ever pursued over the course of its seven-decade history is one guided by show business truisms rather than any journalistic principles: Just give the people what they want.

From its early days as a gore rag splashing blood-soaked photographs of car accident victims on its pages, the tabloid shrewdly evolved under the long-standing editorship of Generoso Pope, Jr. (who reputedly used Mob money to purchase the paper in 1952) to satiate a growing readership’s inquiring minds with sensational and salacious entertainments that occasionally crossed ethical lines (what’s a little checkbook journalism among friends?) and often bent the truth without outright lying.

As the line between entertainment and information blurred in the latter part of the last century with the media’s coverage of Democratic frontrunner Gary Hart’s extramarital dalliance, O.J. Simpson’s explosive murder trial, and Bill Clinton’s White House sex scandal, the National Enquirer achieved a status once considered unthinkable. It became a respected and credible news source, scooping the mainstream press with exclusives relating to a yacht aptly named “Monkey Business” and an infamous pair of Bruno Magli shoes. All of that unraveled in a spectacular fashion, however, under the wrong-headed leadership of David Pecker, a schmoozing bean-counter who steered the weekly’s publishing company in the wrong direction with a slick magazine promoting Saudi Arabia and an enthusiastic presidential endorsement compromising a long-standing objective to stay apolitical.

Director Mark Landsman (Thunder Soul) and editors Andrea Lewis and Ben Daughtrey keep the spirited Scandalous moving at a fast clip. The movie is largely comprised of former employees appearing on camera to share fascinating war stories from their halcyon days at the Enquirer, each of them cleverly identified by a faded press pass. A photo editor recounts in hilarious detail how the tabloid obtained the now-legendary cover shot of Elvis lying in state in his coffin (the issue sold nearly seven million copies), while others more soberly relate how celebrities like Bob Hope, Bill Cosby, and Arnold Schwarzenegger brokered deals to kill the publication of exposés that would have sullied their public reputations. (Interestingly enough, there’s nary a mention of any libel actions brought against the newspaper, such as Carol Burnett’s successful 1981 lawsuit.)

It’s not until the end of the movie when some of these ex-reporters and editors pause to seriously assess the tabloid’s legacy and their contributions to it. Their conclusion? Not surprisingly, the jury is still out.