Other Worlds SF Festival Is in The Honeymoon Phase

Chloe Carroll in The Honeymoon Phase, announced today as the closing night title for Other Worlds film festival.

Are you ready for a commitment? Other Worlds, Austin's dedicated science fiction genre film festival, has just announced its first full wave of films, and technohorror social commentary The Honeymoon Phase will be this year's closing night film.

The film, the feature debut for writer/director Phillip G. Carroll Jr., was a top-five finalist in Shudder and Project Greenlight’s Real Fear Horror Contest (even winning the Facebook vote for best pitch) and will receive its Texas premiere at the fest. Describing the film as "a Black Mirror-esque meets Fatal Attraction SciFi thriller," Other Worlds Senior Programmer and Event Director Dan Repp said that he knew right away that he wanted the film to be the closing night title. “It’s a great examination of relationships and what it takes to maintain a healthy one with strong SciFi elements that not only create a new world, but also are intricate to the story and character development. It’s both a thriller and a love story that has left my mind spinning."

While Other Worlds (which runs Dec. 5-8 at Galaxy Highland) is undoubtedly a sci fi festival (and leans into hard, extrapolative SF with titles like interstellar migration movie After We Leave), that doesn't mean dour, and today's list injects some serious comedy. Dead Dicks is the sticky reincarnation comedy you never knew you needed, and brought the house down when it played this summer at Fantasia. Then the laughs keep coming with a new New Zealand sci-fi comedy Alien Addiction. Festival founder Bears Rebecca Fonté said that, in this film, “The land of the All-Blacks produces a working-class comedy that hits. ... I wouldn’t be surprised if (director) Shae Sterling joins Taika Waititi and Jason Lei Howden in the hearts of genre fans with this one.”

Other Worlds isn't just about new films and world premieres. It also mixes in classic and underseen titles, and has already announced a a special retrospective screening of Time After Time with directors and 2019 Defender of the Universe honoree Nicholas Meyer in attendance. However, the festival mixes old and new with a special screening of pivotal pre-Hays Code horror The Old Dark House, complete with a new score by Jay Woefel.

Other Worlds runs Dec. 5-8 at Galaxy Highland Cinema: Tickets and info at www.otherworldsfilmfest.com. Now here's that first lineup in full:

D: Phillip G. Carroll Jr.
USA, 2019, 88 min, Texas Premiere, Closing Night Film
Struggling young couple Tom and Eve lie about being married so they can enter “The Millennium Project.” Paying $50,000, this 30-day scientific study analyzes couples’ relationships while they reside in futuristic smart homes secluded in the woods. Run by a mysterious researcher and his associate, the experiment leads Eve into a violent descent of madness questioning her lover’s trust and whether he is the man she thinks he is. Cast: Chloe Carroll, Jim Schubin, François Chau, Tara Westwood D: Aleem Hossain
U.K., 2019, 82 min, North American Premiere
Near future, Los Angeles is a bleak place: permanent recession, water shortages, and rising crime. Six years ago, Jack abandoned his wife and vanished. Now he's back because before he left, they'd applied for a visa to immigrate to a better life on an off-world colony. The permit has finally come through, but there's a catch: it's a couple’s visa, and Jack cannot leave Earth without his wife. Is Jack back because he wants to make things right or because he needs his wife so he can use this "lottery ticket" to a better life? Cast: Brian Silverman, Clay Wilcox, Anslem Richardson

D: Shae Sterling
New Zealand, 2019, US Premiere
Riko lives in a small town in the middle of nowhere (well, Waikato, New Zealand). Life is pretty normal, that is until two aliens crash-land near his house. Fortunately for Riko, the aliens like to get high and chill as much as he does and they develop an intergalactic friendship of epic proportions, as well as a strange relationship to human feces. However, unknown to the happy-go-lucky visitors, alientologist Peter Mackintosh is hot on their trail and plans to capture them and reveal them to the world. Cast: Jimi Jackson, Thomas Sainsbury, Harry Summerfield, Jojo Waaka and Ayham Ghalayini.

D: Chris Bavota & Lee Paula Springer
Canada, 2019, 83 min, US Premiere
When a young nursing student named Becca receives a series of panicked messages from her older brother Richie, she rushes over to check on him. Following a seemingly successful suicide attempt, Richie, who suffers from mental illness, has discovered what appears to be his own dead body. When Becca gets to his apartment, they find more dead versions of Richie and a strange hole in his bedroom. Together, they struggle to understand how and why his suicide just won’t keep. Cast: Heston Horwin, Jillian Harris, Matt Keye 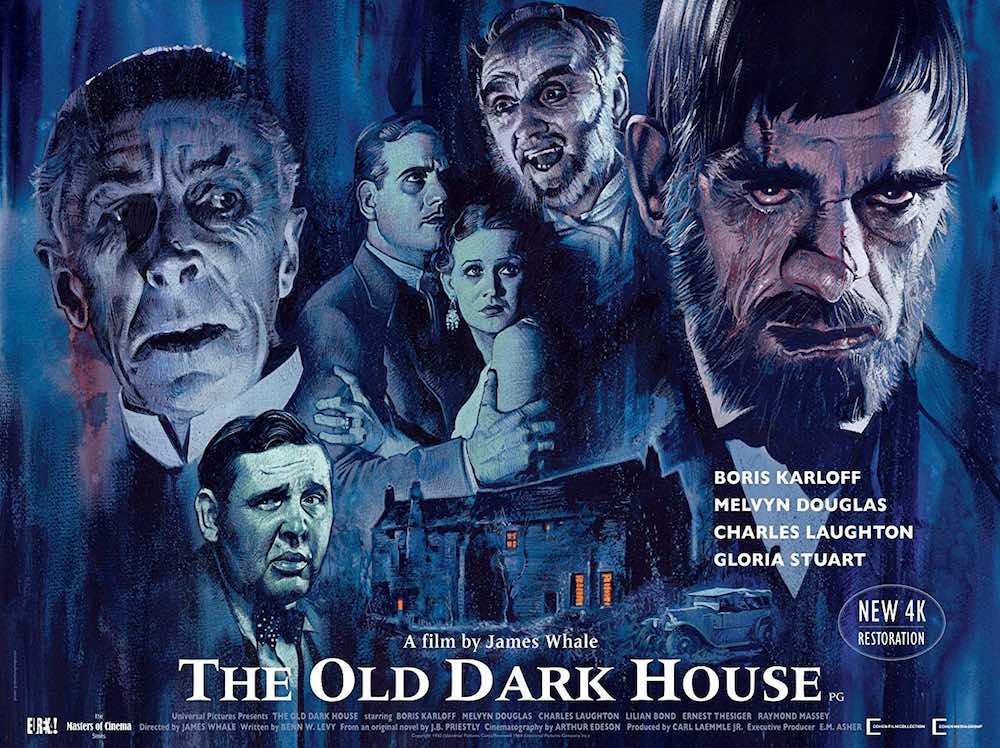 D: James Whale
US / 1932 / 73 min
A precursor to the genre of renegade young people getting stranded among older (and far more degenerate) adults in a remote location, The Old Dark House is a “pre-code” film and features some language and sexually suggestive material that would be banned from American screens until the 1960s. Boundaries will be crossed, reality will fail, and mayhem will ensue. The family our kids come across, this time, can also be seen as the grandparents ofThe Addams Family. The Old Dark House is Frankenstein director James Whale’s follow up horror film that also stars the previously unknown Boris Karloff and is a precursor to their final film together, Bride of Frankenstein. Like many films of the day, it was released with a “library score,” music not specifically composed for the title. Award-winning composer Jay Woelfel has composed a brand new 52-minute music score, the first ever done for the film. Cast: Boris Karloff, Melvyn Douglas, Charles Laughton, Gloria Stuart

D: Tony Dean Smith
USA, 2019, 91 min, Texas Premiere
On a rain-soaked night in 1991, two cars collide, leaving all drivers dead on the scene, including the mother of the lone survivor – a child – James Odin. Seven-year-old James foresaw the accident happening two days prior and tried to prevent it, but who’s going to believe a kid who claims to see the future? Twenty-plus years later, James is a product of the failed foster care system, using his ability for petty crime and cheap thrills. But when a pre-sentient vision reveals to him his own imminent murder, James must go on the run and change the fate he knows is fixed. Cast: Adrian Glynn McMorran, Magda Apanowicz, John Cassini