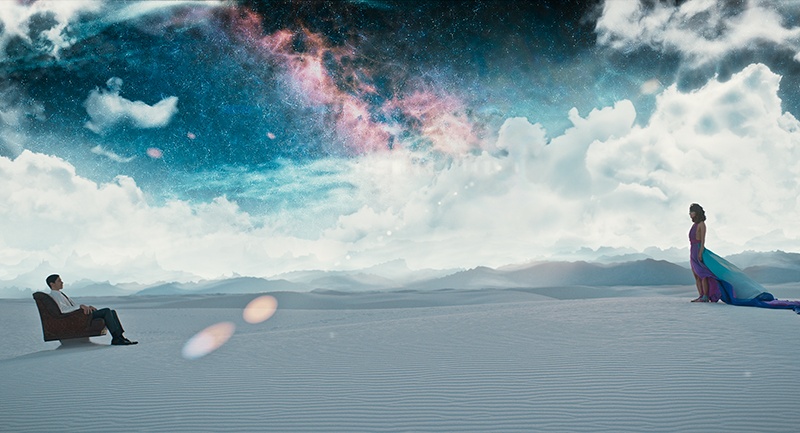 Expand your mind: Justin Long and Sheila Vand in The Wave

Talking with Justin Long is a rollercoaster of digressions, diversions, and a deep dive into what it's like to be fascinated by everything.

In a 20 minute conversation, he leaps from dissecting accents (running off to ask passersby about the difference between American and British pronunciations of respite), to Lizzo, to Ian Curtis' suicide, the use of 'u' in the English language, to the curiosity of sudden ubiquity and the fleeting nature of fame, the inherent sweetness and exuberance of Amy Sedaris, and whether rabbits smell. "I've been talking about bunnies a lot in the last week," said Long. "I've been doing this podcast, Life is Short, and Amy Sedaris was our guest this coming week, and Amy loves rabbits. She loves rabbits to the point that if you say something disparaging about her rabbits, she gets personally offended."

Wait, how do you disparage a rabbit?

"Well, I had rabbits growing up," said Long, "and I said something like, 'Rabbits, I remember them smelling,' and she said, 'No, they do not. No.' And she's absolutely right. I just didn't take care of them. It's their pee. Is there are creature whose pee has a good odor?"

That's Long in a nutshell, quite happy to go down conversational rabbit holes just to see what's at the other end. He's the polar opposite of Frank, his character in absurdist psychedelic time traveling workplace black comedy The Wave, directed by Gille Klabin, which received its world premiere during Fantastic Fest and returns to Austin on Jan 19 for a special one-night screening at the Alamo Mueller to celebrate its VOD release.

Frank's a straight-laced kind of guy, a corporate lawyer for an insurance company whose job is to find loopholes and avoid payouts (on the day of the film, he's found a complicated path to short change the family of a dead firefighter). He's a stay-at-home kind of guy, and has to basically be dragged out of the house by his best friend (played by Donald Faison) for a night of celebration. But the wrong house party, the wrong trip, and milquetoast Frank faces life at lightspeed.

It's a moment that forces Frank into a mindset that Long seems to willingly embrace: of trying to tease out and appreciate the patterns in life in real time. He said, "I don't consider myself old, but when I see something I did a long time ago I can gauge how much time has gone by, and I consider, well, I've been doing this for 20 years, and it's kind of crazy. I was talking with Donald the other day about how you have highs and lows careerwise, and moments when you're hot and you cool off. But we were both like, the fact that we're still doing this, and we're making good things. We both had this moment that we're proud. We lasted."

Austin Chronicle: There's a real moment of recognition in here, when Frank realizes that he's too old to party.

Justin Long: That was me last night. It's funny that that's the empathetic moment.

Gille Klabin: But it was so relatable. I loved all your little twitchy, mm, ah, mm uhs.

JL: Anything for the girl. You saw this on the small screen? I wish people were seeing this film in the cinema.

GK: Honestly, everything from the aspect ratio to the type of frequencies that we used in the music was designed to be enjoyable on a phone as much as on the big screen.

AC: I watched it Chromecasting to my TV, and it looked great - especially the business meeting scene where it all starts to come crashing down.

JL: I keep saying this, and it's such a cliche, but this was a labor of love. It really was. This was a low-budget movie, so a lot of these effects had to be hand done.

GK: We did a lot of things that had never been done before, and it's always this combination of practical and visual effects. Luckily with technology now we've got lights where we can hit a cue and change the angle and hue, and combine that with some painstaking image processing. Give it a couple of months, and we make some weird.

AC: Those sequences reminded me of Richard Linklater's animated work.

AC: The old joke in Austin is that every artist here has two IMDB credits, and they're on those films, because there weren't any animators in Austin then, so if you could draw or had even heard of Rotoscoping, you got the gig.

JL: He makes everything in Austin.

AC: Unless he decides he wants a foreign vacation, and then we get another Before... film.

JL: I can't blame him for that. 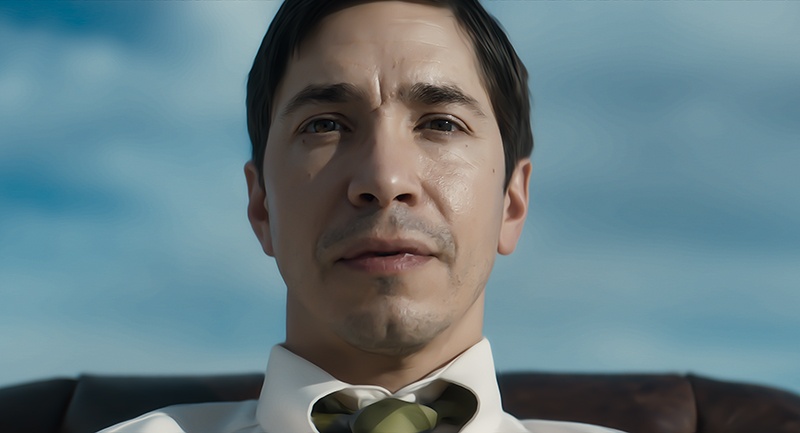 "There's a moment in your life when you start considering how you're making that money, and what you're putting out into the world." Justin Long on the turmoils of company man Frank in The Wave

AC: Speaking of films, where did this one come from? Because it speaks so clearly to these ideas of hitting middle age and wondering, can I still do this? Have I locked myself into something I don't really enjoy, but it's too late to change? At the same time, there's this psychedelic fusion.

GK: That would be [Carl W. Lucas], the writer. We decided to make a movie together, and he was trying to get me to direct a horror movie, but a lot of the stuff just felt trope-y. But Carl's a wonderful writer, and he wrote this movie thinking I would be able to pull it off with my visual effects background.

Carl's cousin, that's who the firefighter Warren is based on. Carl's cousin was a firefighter who had heart murmurs, took medication, died on the job, and the insurance company withheld his life insurance policy, leaving his wife and children destitute. So I think a lot of this was Carl trying to humanize and process the person who was doing his job to make that happen. Through the revelatory experiences of psychedelics and Eastern philosophy, he wanted this guy to have a crisis of conscience, and to reflect on the ethical waters.

There's a lot of people just doing their job, but that doesn't make it right. The SS were doing their job. It's muddy ethical waters, and we needed to find someone likable and accessible. Justin's name was thrown around in the early days, and after two years of pain, I think it was your agent who put you forward for it.

JL: It was between me and Tom Sizemore, as it often is.

AC: So they were looking for someone to play a character who is truly despicable, whose job is to fuck people out of their insurance, and tell you, "You're nice enough to make him not terrible." Which is a great backhanded compliment.

JL: The last time I was at Fantastic Fest was for a movie called Tusk, and that character similarly - I think he was probably more unlikable - but he was a despicable person. Kevin Smith wrote that, and when I first read it, that was my big issue with it, that he was even more unlikable in the first draft. I said, "We have to see him before he became corrupted by his ego and desire for fame," and that was written in because it's so important. It's essential if you're going to be following this person, and I think that's true in this movie as well. As despicable as his actions are, you still have to somewhat root for him. Otherwise you're a half hour in and it's like, "Why are we here?"

GK: It's also that he's not doing anything outwardly antagonistic. He's playing by the rules and doing his job - doing his job well, by any metrics, and that's the muddy water we wanted to wade through.

AC: There's a moment in the script where Frank and his wife are discussing how to balance their finances, and shifting money to cover the basics, and you realize that he's in the same trap that he's setting for other people.

JL: It's also an age thing. When in your twenties, you're excited to be making money. It's like, "I can function in the world." I didn't grow up with money, so when I started making money I went, "Oh, it affords me some comfort. I don't have to worry about certain things, and I get to travel and do things, eat good food..."

JL: Yeah! But there's a moment in your life when you start considering how you're making that money, and what you're putting out into the world. As Gille keeps saying, more eloquently than I can, the consequences of your actions need to be considered.

The Wave arrives on VOD on Jan. 17, before a special screening at the Alamo Mueller, Sun. Jan. 19, 9pm. Tickets and info at www.drafthouse.com.