Workmanlike thriller is a lost opportunity 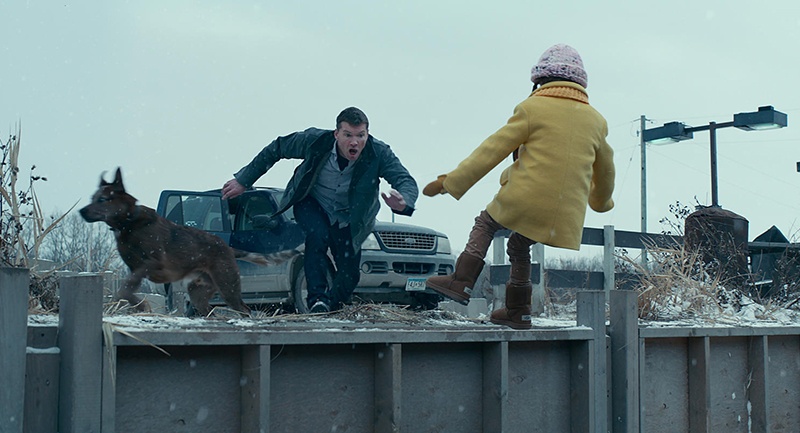 Brad Anderson has carved an unconventional path for himself. Despite breaking into Hollywood as another ‘90s wunderkind – writing and directing indie dramas that kicked off a bidding war on the festival circuit – Anderson was never destined to become the next David O. Russell.

Instead, he made some of the defining thrillers of the decade (Session 9 and The Machinist), worked on iconic television shows like The Wire and Boardwalk Empire, and has seemingly found his niche as a commercial director-for-hire on unmemorable works like Beirut. If we were better at talking about directors who do not write their own material, a film like Fractured would be one of the most-anticipated movies of the year.

It seems like Thanksgiving did not go well for the Monroe family. Our first introduction to Ray (Sam Worthington) and Joanne (Lily Rabe) is on the freeway; the two fight bitterly about their in-laws and the speed limit as their daughter Peri (Lucy Capri) listens to her headphones in the back seat. Things get worse for the family when they stop for gas at a local convenience store and Peri falls and hurts her arm. Despite all this, Ray is able to impress his wife – and even himself – by stepping up in the moment, bringing his daughter to the hospital in record time. When Joanne is asked to come with Peri to radiology for some routine x-rays, Ray takes a seat in the hospital lobby to wait for his family’s return. And wait. And wait.

Like many of Anderson’s recent films, how much you enjoy Fractured will depend on how you weigh the destination against the journey. Those familiar with the genre probably won’t find a lot of surprises in Alan B. McElroy’s script. In fact, the film’s various twists and turned are reminiscent of many thrillers from the early 2000s, meaning most audiences – and those familiar with Anderson’s filmography in particular - will have this one pegged in fifteen minutes or less. But what we know and when we know it is less important than Ray’s relationship with the truth. It’s important to judge a film like Fractured by how the filmmakers create plausible deniability, keeping their characters in the dark without dumbing them down in the process.

Rather than holding the film back, this disconnect between what the audience knows and what Ray seems to remember allows Anderson an opportunity to play with how his characters are perceived. It may seem damning to use words like ‘competent’ or ‘solid’ to describe Fractured, but given the sheer number of thrillers that talk down to their audience or change the rules halfway through, Anderson and his cast prove that they clearly respect the experience of their audience (even if fooling them is never really on the table).

For his part, Worthington proves himself more than capable of pulling off a one-man show. Shouldering the movie from start to finish, he creates the right balance of panic and helplessness in Ray that makes the ending entirely believable.

And while Fractured may, like many other Netflix films, feel like something of a disposable experience, perhaps that’s an indication of who will find value in the film. For those in need of casual thrillers to stream, and those in need of additional entries in the Brad Anderson oeuvre to obsess over, Fractured will be a welcome addition to the streaming platform. With the right expectations – think Fear Itself or Masters of Horror, not necessarily A24 – you’ll probably be perfectly happy with the solid craftsmanship Anderson and his team have to offer. Sometimes, you just want a little spike of cinematic paranoia to get you through the work week.