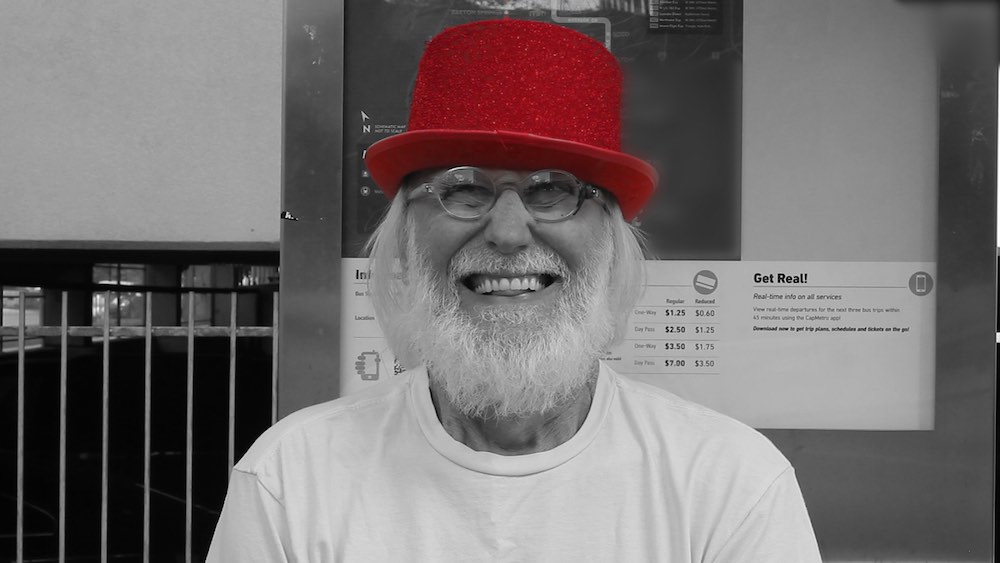 Everybody's got one: a fantasy that is. Also, everyone's got a behind, and the two universal constants converge in short film "Butt Fantasia."

The Austin-shot short by director Mohit Jaswal gets its Austin premiere this week ahead of screenings of the similarly-fixated feature Butt Boy, so we asked Jaswal five short and sweet questions about butts, making a musical about butts, auditioning butts, kaiju butts ... and butts.

Austin Chronicle What is the funniest part of the body, and why is it the butt?

Mohit Jaswal: Of all the funny body parts, I think I'd have to go with the butt. I think its just so - wait how'd you know I was going to say that?

What else? Nipples are funny. Hairy earlobes. The little wrinkly bits of skin where your fingers bend – does that have a name? Its fun to laugh at things that might make you uncomfortable.

AC: Who's idea was it to make a short film about one man's butt obsession, and make it so lyrical?

MJ: It was my pals Nathaniel Hendricks, Zach Desutter, and myself. We're in a video sketch group called the Texas Dog Show. Basically, Nathaniel came up with the title "Butt Fantasia" and I decided it would be a good idea to spend a year of my life discovering what that movie looks like.

The lyrical style was influenced by the cartoon. We wanted a dreamy vibe where the viewer becomes mesmerized by the sudden shift in visuals and music selections. It felt appealing to play with those tonal shifts.

AC: Is it easy to get enough people to drop trou for the screen, and fulfill every butt-related cinematic genre, for musicals to kaiju?

MJ: Not at first. I think a lot of people understandably thought we were being creeps when we asked to film their butts. We didn't want the movie to feel perverted. The movie should be a butt celebration! A lot of care went into the compositions to make sure that it didn't feel gross, and that we weren't taking advantage of anyone's vulnerability. We gained more trust once we had edited scenes to show that it was all a joke.

AC: You've mentioned that this was kind of a lark between friends, so what was your response when it actually got into Slamdance and now Fantastic Fest?

MJ: Its wonderful to know that I'm not alone in finding butt execution scenes funny. Also, I made this film rather selfishly in that every choice was made to try to make my friends and I laugh. We weren't trying to make a film for festivals or critics or whatever, it was a passion project for us, and yet this is the first time I've found success on this scale. Theres a lesson there that I haven't quite grasped yet. Like... you know... follow your dreams? Don't compromise on your vision? Something like that.

AC: Is there a feature version in the offing?

Speaking of features – since "Butt Fantasia," Nathaniel Hendricks has gone on to direct the feature length film Ultimate World, and I directed the features Garbage and Night On Sixth. None of these films have butts in them, I apologize in advance. Hopefully you'll see them out on the 2020 festival circuit!