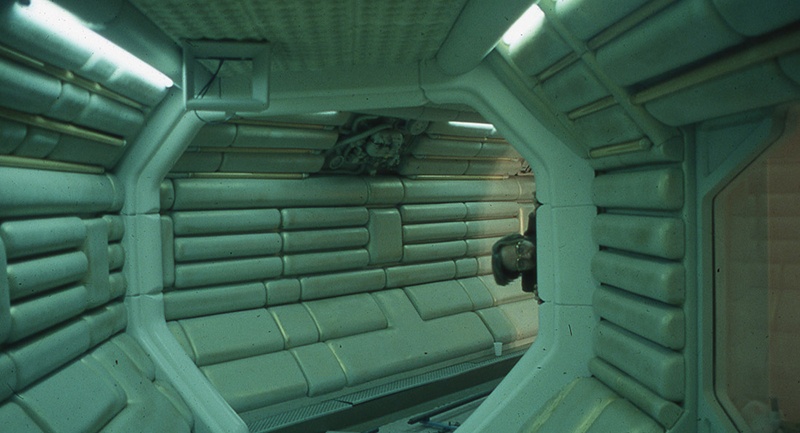 It wasn't the film Alien that first scarred and intrigued future filmmaker Alexandre O. Philippe. It was the poster. That seminal image of a cracking egg over an alien landscape, all menace and void - the terror of possibility. "I was completely fascinated by it," he said."This idea that in space, no one can hear you scream. My gosh."

It took him years to finally see the film on VHS (at which point he discovered, like everyone else, that veteran artist Bill Gold's design has almost nothing to do with the actual film, but that doesn't matter. He called it "as evocative of Alien as H.P. Lovecraft's prose is evocative of everything of everything he doesn't show you. When we read, we have a frame in mind: but he writes, and he evokes, everything that is just beyond the edge of the frame."

Philippe has established a reputation as a chronicler and analyst of seminal components of cinemati pop culture, from Star Wars (The People vs. George Lucas) to Psycho (78/52). In his new documentary, Memory: The Origins of Alien, Philippe looks right at the Lovecraftian space beyond that frame for Alien, placing the 1979 masterpiece of space trucker and ineffable horrors within the context of a large mythological cycle, from the Furies through to Egyptian fertility myths, and then very particular influences - individual frames of certain comics, and the art of H.R. Giger - and how they all flowed through the work of original scriptwriter Dan O'Bannon.

AC: The funny thing about Lovecraft is that he almost never describes anything - and even when he does it's so compllicated that he makes you into a sketch artist, forcing you to assemble these non sequitor elements. And that's why the design of the alien works. Why are there pipes on the back? How does its mouth work? everything it does, you want to know more.

AOP: And you can't. It's almost orgiastic imagery, one thing on top of another on top of another. It's like The Thing, which is a perfect expression of Lovecraftian horror. There's so much that you can't take it in, and you can't comprehend it, and you can't wrap your head around it. That's what's so terrifying: you can't understand it. It is the unknown, and there is a whole universe out there that has no understanding for you, that has no pity for you, and is so much larger than you are. Those movies, and Lovecraft again, manage to express that so beautifully.

AC: And part of what allows that is that O'Bannon's script is incredibly spartan. It's not just the alien ship, or the life cycle of the alien; you never quite clear of what the Nostromo is doing.

Every time I see the Space Jockey, I think about this one line from the original Star Wars, from Obi Wan Kenobi, when he says, "Your father and I fought in the Clone Wars." It's one of those lines where your mind goes out - of course, George Lucas then gave us the Clone Wars and we know how that worked out. Those lines do so much more for those movies that any visual or any narrative possibly ever can. It;s giving us a little window, a little glimpse of this larger universe. Leave it alone. We don't need more of it.

AC: And you very much focus on Dan O'Bannon's script. Did you come to his work first, and focus on Alien, or did you come to Alien and realize that you had to look at his influence, which gets so overshadowed because everyone tends to associate a film with its director?

AOP: It's funny, because before we titled it Memory there was a point where it was actually titled Dan O'Bannon's Alien, but then I realized that the real way to pay tribute to Dan was to call it Memory.

Memory: The Origins of Alien