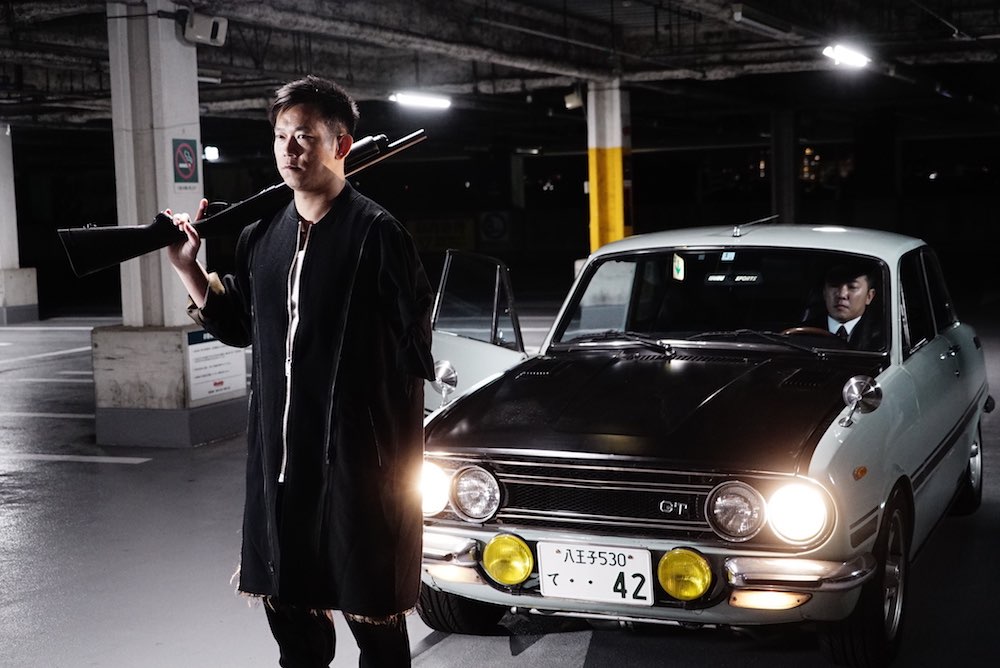 First Love, the new boxing drama from Takashi Miike. The director has just been announced as the recipient of a lifetime achievement award from Fantastic Fest, which will screen both First Love and his 2001 oddity The Happiness of the Katakuris.

There aren't many true giants of cinema, but Japanese director Takashi Miike fits that description. That's why, as part of today's announcement of its third and final wave of films, Fantastic Fest has declared that it will be giving him a lifetime achievement award.

From the delicacy of ghost drama Over Your Dead Body to the action antics of Blade of the Immortal and the sheer craziness of Yakuza Apocalypse (all FF titles), in a 30-year, 103-directorial-credit career Miike has left an indelible mark on modern cinema. The festival had already announced it will host the U.S. premiere of his latest, boxing drama First Love, but with the new honor comes a special Q&A and an extra screening of arguably his weirdest (and that's saying something) film, The Happiness of the Katakuris.

Having already unleashed two waves, including Rian Johnson's eagerly-awaited murder-mystery Knives Out and Taika Waititi's anti-bigotry comedy JoJo Rabbit, there were already plenty of films on the schedule, but Katakuris is only one of 20 titles added today. The big news for anime fans is the U.S. premiere of Ride Your Wave, the latest from rising superstar Masaaki Yuasa (The Night Is Short, Walk on Girl, Lu Over the Wall), while horror fans will be thrilled by anthology shocker The Mortuary Collection. Also brace yourself for The Deeper You Dig, an ultra-low-budget supernatural creeper that we've been raving about since it debuted at Fantasia.

And if your eyeballs are getting tired after all those visual fireworks, there'll be a full program of podcasts recording at the Highball, including the return of Leonard Maltin’s Maltin on Movies, Doug Benson’s Doug Loves Movies, and April Wolfe’s Switchblade Sisters, plus the already announced Horror Queers (cohosted by the Chronicle's Trace Thurman), The Horror and 5BY5 At The Movies.

Fantastic Fest runs Sept. 19-26. Tickets and info at www.fantasticfest.com, and follow all our coverage at austinchronicle.com/fantasticfest. Now here's that third wave in full: 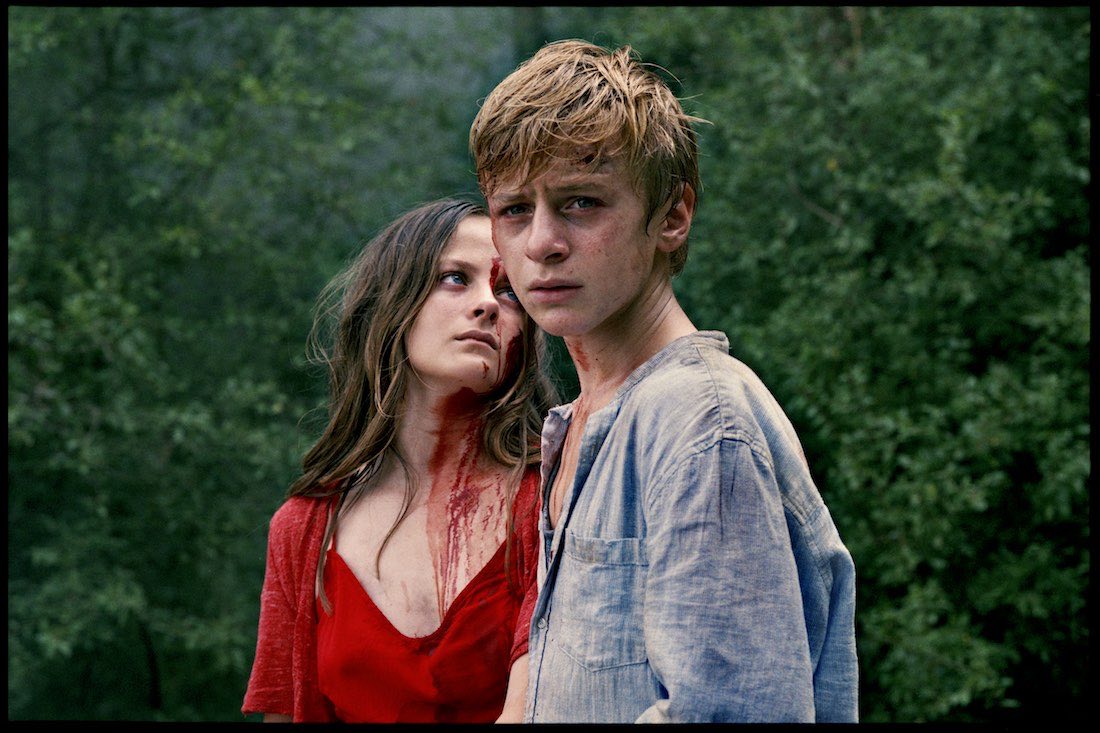 D: Fabrice du Welz (France, Belgium, 2019, North American Premiere, 98 min)
Paul lives with his mother on the grounds of a mental institution and has little contact with the outside world. When Gloria’s admitted, he’s immediately fascinated by her and events take an unexpected turn.

D: Óscar Martín (Spain, 2019, World Premiere, 83 min)
After a serious car accident (for which he’s responsible), David decides to care for his best friend Javi at a remote house. It doesn’t take long until the animosity insidiously builds between them.

THE DEEPER YOU DIG

D: Toby Poser & John Adams. Co-director: Zelda Adams (USA, 2019, US Premiere, 95 min)
The creation of a family production team in upstate New York, this unsettling supernatural tale explores the aftermath of a roadside accident, bringing together a mother, her daughter, and a stranger in increasingly surreal circumstances.

I LOST MY BODY

D: Jérémy Clapin (France, 2019, US Premiere, 82 min
A severed hand escapes from a laboratory and sets off on a series of adventures across Paris, determined to find its owner.

D: Lijo Jose Pellissery (India, 2019, US Premiere, 91 min)
The line between man and beast dissolves when a buffalo escapes slaughter in a sleepy South Indian village, leaving a trail of chaos and explosive machismo in its wake. It's a landlocked Jaws, a bestial 2001, and a contemporary Mad Max: Fury Road all rolled into one.

D: Gonçalo Almeida (Portugal, 2019, North American Premiere, 82 min)
Two lovers meet in a secluded country home to try to heal their relationship without distraction, but the property’s pool has other mysterious intentions.

D: Ryan Spindell (USA, 2019, World Premiere, 108 min)
A young girl enters a secret room in a mortuary and learns the backstory of the mortician’s favorite deaths in this twisted anthology by Fantastic Fest alum Ryan Spindell. D: Meghan Leon & Bradford Baruh (USA, 2019, World Premiere, 82 min)
When Russell picks up an enigmatic young woman through a ride-share app, his boring evening perks up. But all bets are off after they hit a guy with the car in this charming comedy of errors.

D: Malgorzata Szumowska (Ireland, Belgium, USA, 2019, US Premiere, 97 min)
Selah lives with her mothers and sisters in a mysterious cult led by Shepherd. When she begins to question his teachings, it threatens to destroy the very nature of their existence.

D: Katrin Gebbe (Germany, Bulgaria, 2019, US Premiere, 121 min)
German acting treasure Nina Hoss headlines Katrin Gebbe’s (Nothing Bad Can Happen) sophomore feature about a single mother who adopts – and won’t give up on – a troubled little girl with a horrific past. 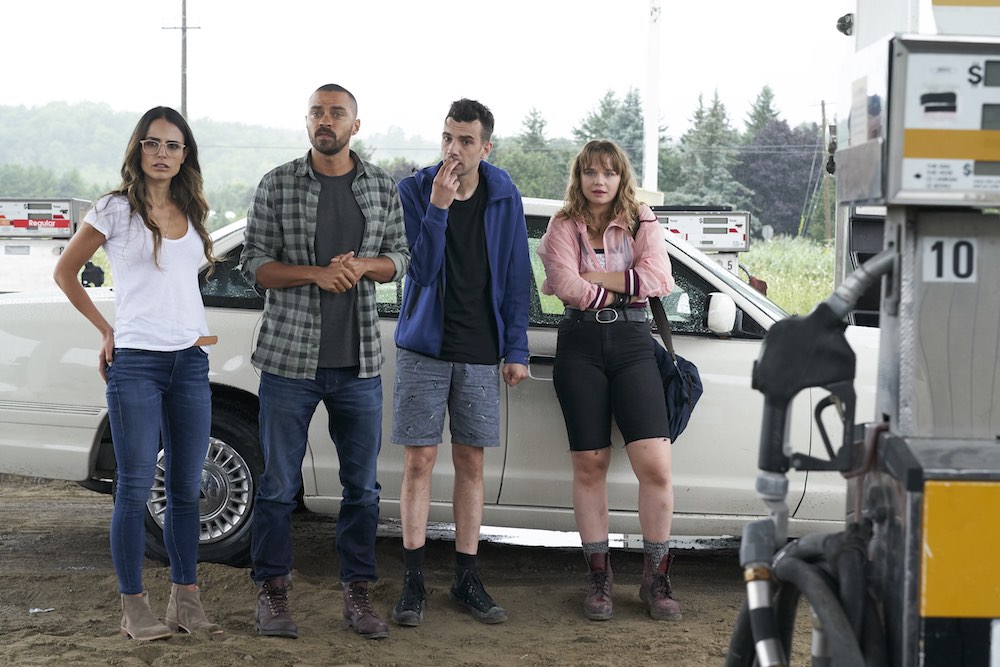 D: Jay Baruchel (Canada, 2019, World Premiere, 80 min)
A comic book writer visits the town where a serial killer previously wreaked havoc, only to encounter a new series of murders that strangely mirror the deaths he created in his comics.

D: Masaaki Yuasa (Japan, 2019. US Premiere, 96 min)
Surf-loving college student Hinako crosses paths with Minato, a handsome firefighter, but a tragedy will change all they know to be true. 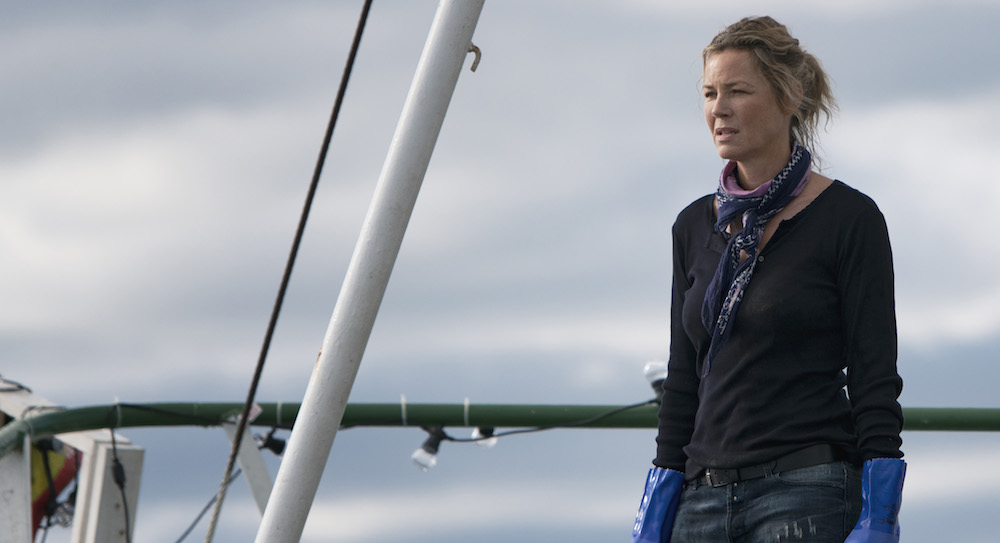 D: Neasa Hardiman (Ireland, Sweden, Belgium, 2019, US Premiere, 91 min)
The crew aboard a West of Ireland fishing trawler marooned at sea fall victim to a gradually spreading parasite in their water supply.

D: J.D. Dillard (USA, 2019, Texas Premiere, 82 min)
After a storm at sea leaves her stranded on a deserted island, Jenn gathers all her strength to find ways to survive. But when night falls, Jenn discovers that the island isn't as deserted as she might have thought… or hoped.

WE SUMMON THE DARKNESS

D: Marc Meyers (USA, 2019, World Premiere, 90 min)
When Val, Beverly, and Alexis meet a group of fun-loving dudes in the parking lot of a heavy metal concert, they all decide to have an after-party, but it isn’t long before the group finds themselves fighting for their lives.

D: Christopher Winterbauer (USA, 2019, World Premiere, 106 min)
In a strangely futuristic yet analog alternate universe, a lonely, dinosaur-obsessed youth struggles to complete a unique school requirement or risk being held back and enduring a lifetime of embarrassment.