Behind the Camera With the Capital City Black Film Festival 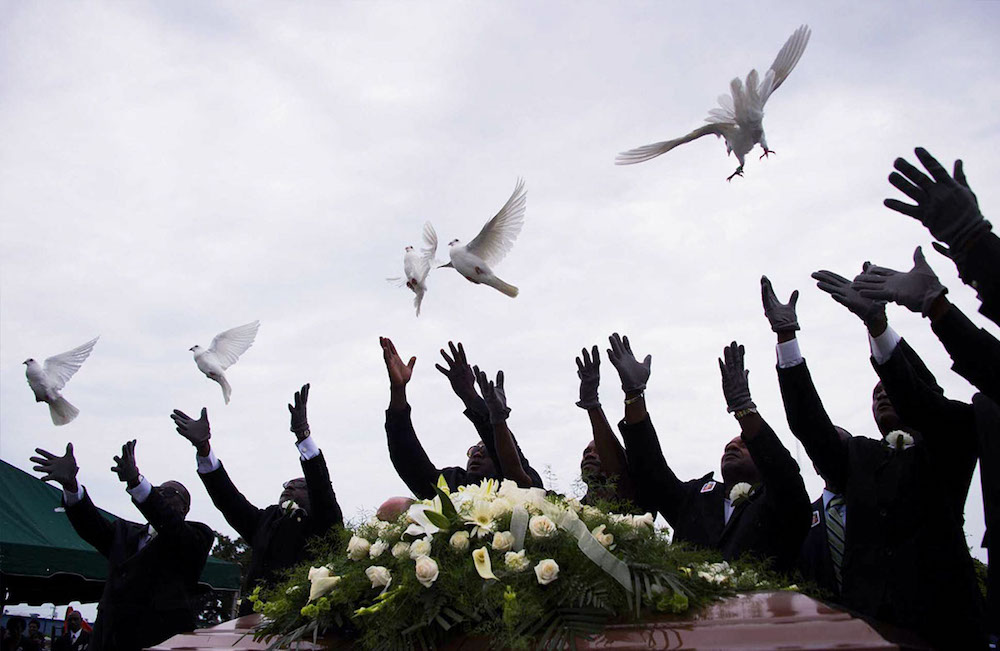 If there's a theme to this year's Capital City Black Film Festival, executive director Winston G. Williams points to the name of one of this year's panels: The Power of Film to Impact Change.

The festival, founded in 2013, is back for a sixth outing, and while Williams is proud of the titles screening – and refuses to be drawn about what films he's excited by ("I get asked that question every year, and I'm excited about all of them," he demurred) – he's worked hard to ensure that the festival is for creators and professionals as much as it is for audiences. Over the last year he has met many first-time and aspiring filmmakers, "and they still need to know the basics, and part of that is how do you get the green light." That's why representatives from Viola Davis JuVee Productions, Will Packer Media, and Jordan Peele's Monkeypaw Productions will be taking part in Saturday's panel Getting to the Green Light: Pathways to Breaking Into Hollywood and Filling the Diversity Gap.

One barrier to expanding opportunities behind the camera, according to Williams, is filmmakers not recognizing their own blind spots. That's why he's proud of his team for programming Textures and Tones: The Missing Piece in Hollywood, a joint presentation with International Alliance of Theatrical Stage Employees (IATSE) locals in Austin and Atlanta, designed to educate filmmakers on what it means to have black actors on set, but have no one who understands how to light or film them, or do their makeup or hair.

This year sees a particular emphasis on showcasing African-American women in the industry, as the Black Woman Rising panel gives talents like Tia Williams (creator of Austin-made web series Gentrified) and producer/director Seckeita Lewis (Jericho) a chance to celebrate their achievements and demistify the paths in front of and behind the camera. Williams said that's about encouraging the next generation, "so they can see, touch and feel that that person looks like me, and say, 'I can do that as well.'"

Just as the panels are designed to reflect the realities of the film industry, so the films reflect real-life concerns. Inevitably, that means the current discussions over gun violence and white supremacists are a core part of the scheduling. Nowhere will those issues be more deeply probed than in Emanuel, Brian Ivie's new documentary about the 2015 terrorist attack on the Emanuel African Methodist Episcopal Church in Charleston, South Carolina. Meanwhile America: Back to The Wild, Wild West tackles the broader issue of gun violence, and that's a theme repeated with a more specific focus in The Sweetest Land, which concentrates on the bloody cost to Hartford, Connecticut.

The fest has also secured a special preview screening of the new Starz feature Out of Omaha. Festival communications director Desirae Jones explained "That's a story about two brothers growing up in Omaha, and facing racial injustice, and how they navigated through and came out the other side."

Yet the festival is not solely defined by social realism. The programming starts tonight with a special sneak peek screening of the Blumhouse sci-fi thriller Don't Let Go (you can still RSVP here), but the screenings kick into real gear on Friday with the opening night screening of La Vie Magnifique de Charlie, Bobby Huntley II's comedy-tinged coming-of-age story about navigating the complexities of death. The festival wraps up Sunday with a special screening of Last Night a DJ Saved My Life, complete with Q&A by star and producer Tangi Miller. "We're thrilled about those nightly screening events from strong indie projects," said Jones.

And, of course, it's not a festival without an honoree, and this year filmmaker Deborah Riley Draper will receive this year's Harlem Lights Award from the original recipient from the first year, actor and producer Julius Tennon (The Last Defense, Dazed and Confused, Lonesome Dove) Jones described that as "a full-circle moment. ... I was talking to her, and she speaking about her first time coming to the fest, how she was blown away by the opportunity to meet [him] – and this year she was surprised because he's going to be passing the torch to her."