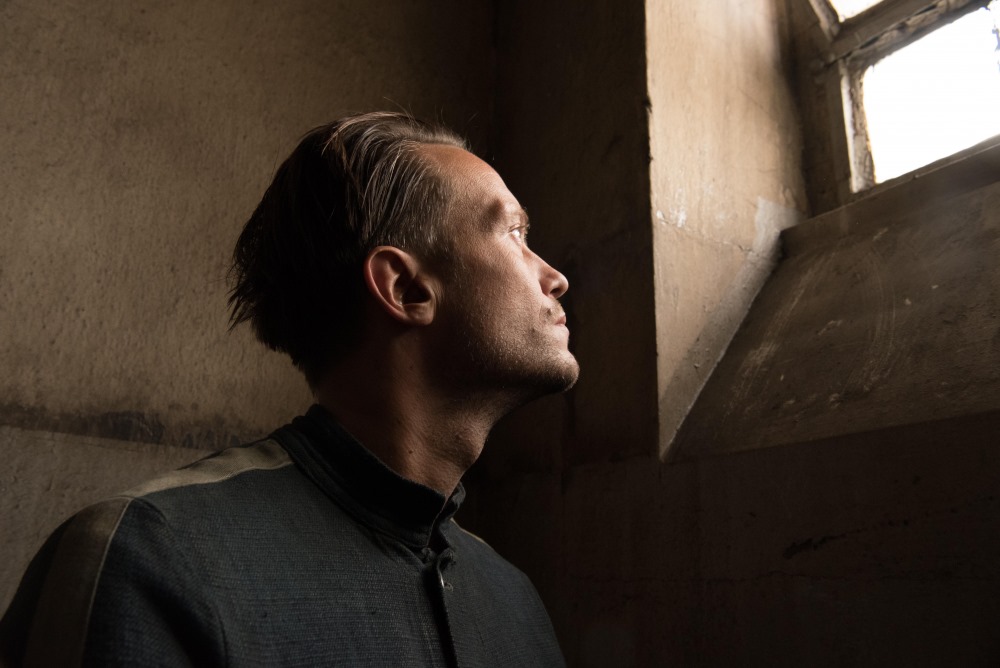 A Hidden Life, the latest film from Terrence Malick, will screen at this year's Austin Film Festival

2019 is a bumper year for Austin filmmakers, with releases from three of the highest-profile directors (Robert Rodriguez, Richard Linklater, and Ric Roman Waugh) so far. Now Austin Film Festival debuts the latest from a fourth, as Terrence Malick's A Hidden Life leads the list of titles announced for this year's festival.

Malick's latest recounts the true story of Franz Jägerstätter (played by August Diehl), an Austrian farmer who refused to fight for the Nazi Third Reich, and who placed his principles as a peace-loving Catholic, and his opposition to their evil, over his own safety. The eagerly awaited film, which debuted at Cannes and will be released in the U.S. on Dec. 13, features the very last performances by two beloved figures of European cinema, Michael Nyqvist and Bruno Ganz.

Malick isn't the only Austinite on the bill. Locals John Langmore and Bud Force get the world premiere of their new documentary Cowboys in their hometown, while fellow Texan Van Ditthavong brings noir crime thriller Sleeping in Plastic for its first-ever screening.

Nor is A Hidden Life the only biographical retelling of the strength of activists in the face of seemingly overwhelming odds, as Kasi Lemmons (who broke ground in 1997 with Southern Gothic classic Eve's Bayou) directs Cynthia Erivo in Harriet, the life story of slave-turned-abolitionist-turned-scout-turned-suffragette Harriet Tubman.

Meanwhile Hirokazu Koreeda, riding high after last year's extraordinary Shoplifters, returns with The Truth, his first French language film, starring Catherine Deneuve and Juliette Binoche as a mother and daughter reunited under tense circumstances (with Binoche's husband played by Ethan Hawke, for a Before ... trilogy vibe and even more local connection).

Plus, there's also some lighter fare, including a trip behind the scenes of everyone's favorite musical meta-sitcom, Crazy Ex-Girlfriend: Oh My God I Think It’s Over, and the very self-descriptive The VICE Guide to Bigfoot.

As always, this is just the first wave of films: Expect a huge addition in September, plus a jam-packed schedule of panels from experts and industry insiders, ahead of the festival itself, running Oct. 24-31 (details and tickets at austinfilmfestival.com.

D: Terrence Malick
Based on real events, from visionary writer-director Terrence Malick, A HIDDEN LIFE is the story of an unsung hero, Franz Jägerstätter, who refused to fight for the Nazis in World War II. When the Austrian peasant farmer is faced with the threat of execution for treason, it is his unwavering faith and his love for his wife Fani and children that keeps his spirit alive. (Starring August Diehl, Valerie Pachner, Maria Simon, Tobias Moretti, Bruno Ganz, Matthias Schoenaerts, Karin Neuhäuser, Ulrich Matthes.)

D: Kevin Ward
In the aftermath of a terrible car accident, a man tries to make sense of his life and seeks revenge for what he has lost. Texas Premiere.

D: John Langmore, Bud Force
In an age of breathtaking change, rapid urbanization, and a daily news cycle, it’s hard to imagine an existence almost entirely divorced from that reality. Yet, Cowboys: A Documentary Portrait reveals a fascinating way of life tied uniquely to the natural environment and capricious thousand-pound animals. Filmed on location in the most remote parts of the American West, Cowboys paints an intimate portrait of a surprisingly diverse and eloquent group of men and women committed to a harsh reality while feeding a population they’re likely never to encounter. World Premiere.

Crazy Ex-Girlfriend: Oh My God I Think It’s Over

D: Katie Hyde
Crazy Ex-Girlfriend: Oh My God I Think It’s Over is a peek behind the curtain as the team behind the award-winning comedy series Crazy Ex-Girlfriend wraps up its final season. We watch as co-creators Rachel Bloom and Aline Brosh McKenna and their many talented collaborators steer the show through its final episode. The film highlights their unique process as they juggle writing, songwriting, choreography on a spinning turntable, last minute big ideas and emergencies, and the "impossible task" of creating a smart, feminist, musical comedy show that's a process unlike any other show ever to air on network TV.

D: Marcos Prado
Writer: Lucas Paraizo and Rita Gloria Curvo
Macabre is a feature film based on the true story of the 'Werewolves of Freiburg', two young brothers who were accused of brutal murders in the 90's, in Brazil. The thriller follows Sergeant Téo in his quest for the suspects hiding in the Atlantic Forest. While the population, the press and the local police condemn the brothers, Téo realizes that one of them may be innocent. North American Premiere.

D: Van Ditthavong
A small Texas town awakes when a high school wrestler gets swept into the dangerous world of an intoxicating drifter and her ruthless lover. Lives intertwine and spiral violently out of control once he becomes her escort driver and risks everything to save her. World Premiere.

D: Hirokazu Koreeda
Writer: Hirokazu Koreeda, Adaption by Lea Le Dimna
Fabienne is a star; a star of French cinema. She reigns amongst men who love and admire her. When she publishes her memoirs, her daughter Lumir returns from New York to Paris with her husband and young child. The reunion between mother and daughter will quickly turn to confrontation: truths will be told, accounts settled, loves and resentments confessed. (Starring: Catherine Deneuve, Juliette Binoche, Ethan Hawke, Ludivine Saginer, Roger Van Hool.)

The VICE Guide to Bigfoot

D: Zach Lamplugh
Writer: Zach Lamplugh, Brian Emond
The debut feature from director Zach Lamplugh (Adult Swim); This paranormal comedy follows a hopelessly millennial reporter on the most important assignment of his career: Bigfoot. But after following a prominent cryptozoologist into the Appalachian foothills, he's forced to answer the question "is a good story worth dying for?" World Premiere.