The Anton Yelchin We Thought We Knew

UT grad Garret Price gets to know the late actor in Love, Antosha When Anton Yelchin died, it was like a shockwave went through the film industry. This wasn't the normal celebrity death, the "Oh, taken so young" response. It was a moment of anger and frustration about the loss of someone on the cusp of something extraordinary. And it was also the realization that there would never be another Anton Yelchin film.

That sense of loss was omnipresent, whether it was from fans that knew him from his roles in blockbuster franchises, as Chekov in the revamped Star Trek or Kyle Reese in Terminator Salvation, or edgy genre fare like Green Room and Thoroughbreds, or fun romps like Burying the Ex and Fright Night, or those that saw him in dozens of nuanced arthouse performances (Alpha Dog, 5 to 7, Charlie Bartlett, Porto, the list goes on).

It's not just that diversity and volume of work that Garret Price binds together in his new documentary about the actor, Love, Antosha. It's Yelchin's multiplicity of interests, his fascination with the process and art of filmmaking, and his photography, and the fact he lived with cystic fibrosis and never talked about it, and the thousands of details that might seem like contradictions, but were really a voracious passion for everything. It's that extraordinary breadth and depth of his passion to create that made his loss so universally felt. "It's a tough one," said Price, "but, I think, hopefully, ultimately inspiring in the end, if you sit back and think about what all he was able to accomplish."

The binding chord of the film is Yelchin's incredibly close relationship with his parents – most especially his mother, Irina – who were constantly proud and supportive. It's a sensation that Price shares: He audibly blushed over the phone when I mentioned to him that the reason I first heard the film was opening in Austin was that his parents emailed me to tell me that their son, a UT graduate, had made this movie. "They're so sweet," he said.

In researching the film, what Price found was that it was incredibly easy to get people to talk about Yelchin: Not just his adoring parents, who gave the filmmaker untrammeled access to their son's notes and records; and not only his friends, who he kept close with him; but also the stars and directors who worked with him, from a young Kristen Stewart to Jodie Foster to Jon Voight to Zoe Saldana, Zachary Quinto, Frank Langella, Jennifer Lawrence – an almost impossible who's who of young actors for whom he was a trailblazing inspiration, matched with veterans like Martin Landau, who saw the man half a century his junior as a peer. And they were just the tip of the iceberg. Price said, "I had 60-plus interviews by the end, and that was the toughest part – choosing who to cut out. I cut out Glenn Close and Susan Sarandon. I think I'm the first person to ever do that in a movie, but I don't think anyone's feelings were hurt. They just wanted to be a part if they could, and share their experiences of Anton."

And it hasn't stopped. Doing press for the documentary, Garret's had reporter after reporter talk about how interviewing Yelchin was a strangely memorable experience (I added in my own: when interviewing Yelchin and his Fright Night co-stars Dave Franco and Christopher Mintz-Plasse, it was clear that he was thoughtful, contemplative about the work – and at the same time, even while they were horsing around, there was something protective, big brother-ish about how the other actors treated him). Price said, "Everyone I talk to had this moment with him, and they described this presence with him that you don't get normally. Other people, you start talking to them, every press junket, every interview, he was always there, always listening, always bringing something new to the conversation. I love hearing these stories. If you knew Anton for five minutes or five years, you he had an impact on your life." 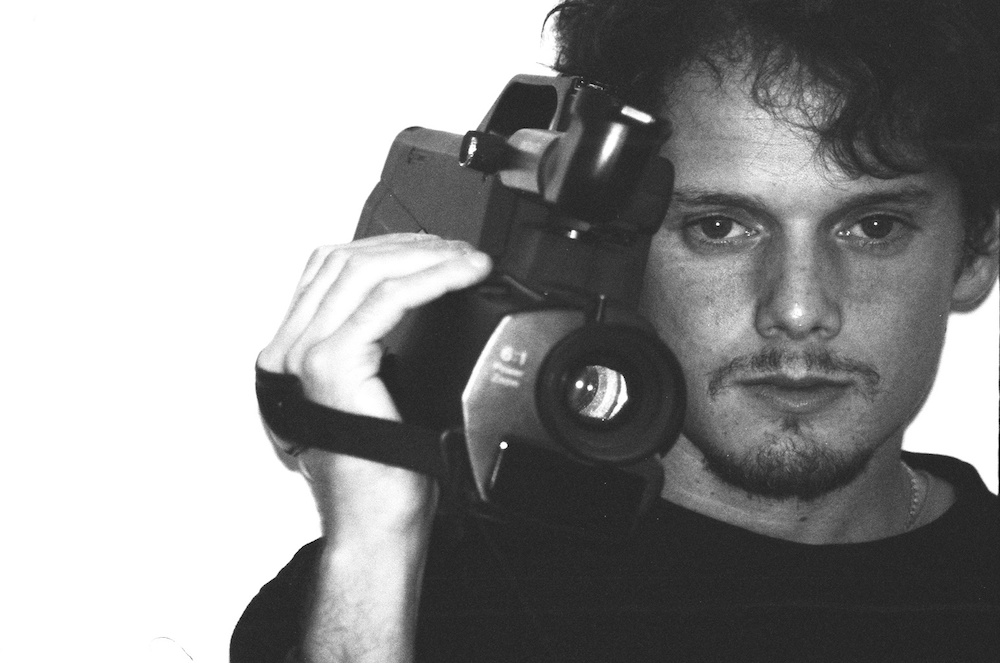 Austin Chronicle: You didn't know Anton, so how did you come to this story?

Garret Price: I'm close friends with a filmmaker called Drake Doremus, who made a film called Like Crazy with Anton and Felicity Jones years ago. So when Anton's parents started playing with the idea of looking for a filmmaker to tell Anton's story, they initially reached out to Drake; and Drake, to his credit, felt he was too close to the subject, to Anton, and he really convinced them that they should bring in someone with more of an objective eye. Because he was such a real, authentic person, someone with a personal connection couldn't do that story justice and really explore all aspects of Anton's life.

So he called me up and said, "I think you should really meet Irene and Victor Yelchin, and I think this could be a potentially cool and interesting job to try your hand at directing for the first time. I'll jump in the producer's seat, and let's do different things, in the spirit of Anton."

I was still a little skeptical. I didn't know if his story warranted a full, feature-length documentary. I knew the tragedy, and the emotion was going to inherent. but I didn't know what all he had done in 27 years. I went and spent an afternoon with his parents and went, "Oh, there is so much to tell." He was such a layered person, and someone I really was able to relate to, both on a creative level and the connection he had with his parents – I have two small children myself – and I really fell in love with the story.

And they gave me complete autonomy in telling the story. That was another big thing, knowing they were somewhat involved. I've been in docs where the estate was involved, and it's a really difficult thing, knowing the balance between the loved ones and, as a filmmaker, wanting to tell the real story. Everyone wants to put their loved ones on pedestals, which is understandable, but they said, "We want to give everything to you, and we understand the importance of telling the story you want to tell, your vision, and we're here to support and help and talk to you, but we want to be hands-off," and they truly were.

AC: When did you realize the sheer scale of the task, considering how many films he made, how many people he worked with who wanted to talk about him, as well as his personal life and his other artistic endeavors?

GP: The very first thing I saw was that footage of him getting drunk in Alpha Dog, and I realized, oh, this is a coming-of-age story. Anton is experiencing all these things that we experience in life, but for the love of making movies – like his first kiss, and getting drunk for the first time. And then I would read all these letters and journals, and I was able to build Anton's life, and I knew I wanted to use the interviews in a linear fashion, and not introduce a talking head until Anton met them in his life. I wanted this to be Anton's story to tell, from his point of view. So I started at the beginning, and Irene was like, "Whenever you need to talk to somebody, I can reach out. I know everybody Anton knew, they know we're making a documentary, and they're all willing to be a part of it if the timing works out." And they were. Everybody wanted to be part of this.

AC: And there's undoubtedly something cathartic for the interviewees, because of how openly they react, like Jennifer Lawrence crying, or Christopher Pine just clearly so angry, or Martin Landau's sense of loss. You're there with so many people for whom the loss is still just so raw.

GP: I'm a film and TV editor by trade, and in a weird way I think being an editor made me comfortable in interviews. Being an editor is somewhat like being a therapist with directors and producers, being in the middle and just talking with people, and saying, "Everything's going to be OK." Honestly, I think a lot of that experience lent itself to being able to talk and just listen, and making it a very comfortable environment.

That's one thing, and then just letting people talk. Chris talked for two and a half hours straight. I didn't ask any questions. He just wanted to talk. I think, knowing that Anton's parents were involved, they felt safe talking about Anton. And it's funny, it wasn't until the editing room, going back and watching all the interviews, you really feel the emotion. What I found fascinating was that people would start talking about him, or telling an anecdote, and I would just watch their eyes. They would just start to wander, and you could see them thinking about their memories of Anton while they were telling a different story.

Love, Antosha opens this weekend in Austin. For review and listings, visit our Showtimes page.

Garret Price will be attending the 4:30pm and 7:20pm screening on Sat., Aug. 24 at the Regal Arbor, with both screenings to be followed by a filmmaker Q&A.