It's Knives Out For Rian Johnson at Fantastic Fest 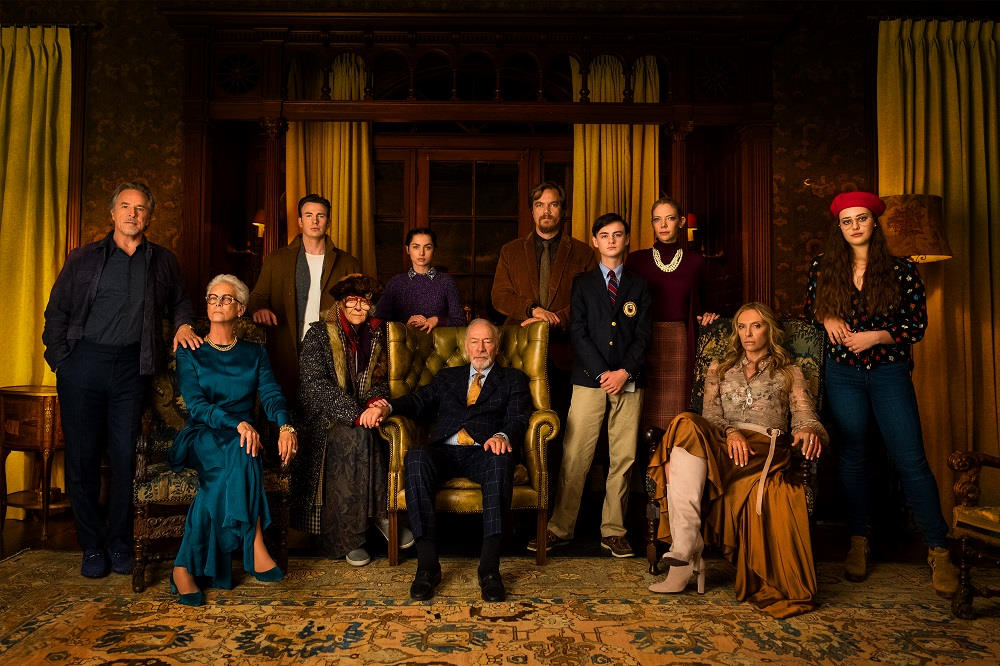 Knives Out, the new whodunnit from Rian Johnson, will be the closing film at Fantastic Fest 2019

The eagerly-awaited whodunnit debuts later this month at Toronto International Film Festival, but won't be released until late November. So Fantastic Fest, the annual celebration of weird cinema at the Alamo Drafthouse, has snagged a special screening as its closing night film, and as the headline announcement for the second wave of movies, announced today.

Having already snagged the U.S. premiere of Taika Waititi's Nazi satire JoJo Rabbit as opening night film as part of its first wave, now FF has added another 29 titles, including one of the most eagerly-awaited international releases of the year. South Korean cinema is on an unbelievable streak, with The Handmaiden and Burning (both Fantastic Fest titles) widely seen as being overlooked at Oscar season. However, that run may break with Bong Joon-ho's Cannes-lauded Parasite, a social satire that seems perfectly suited to the FF crowd. 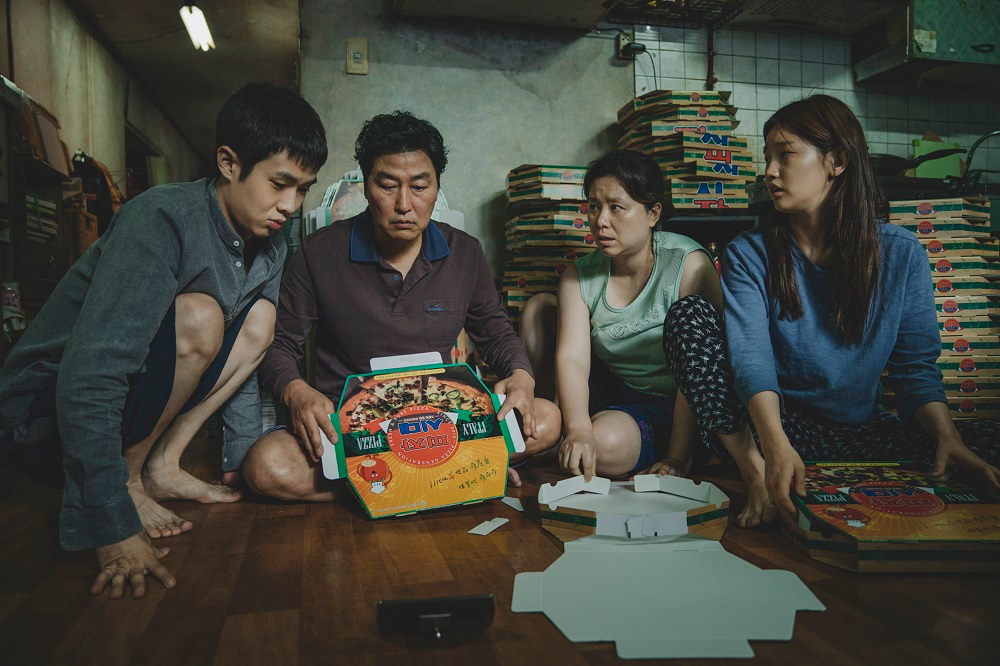 This second wave, as is to be expected with Fantastic Fest, features quite a few familiar filmmakers. Laotian trailblazer Mattie Do (Dearest Sister) returns with her latest, science fiction adventure The Long Walk; outside artist Mickey Reece returns with Climate of the Hunter; Severin Fiala and Veronika Franz, who divided audiences with the secret screening of Goodnight Mommy, are back with the universally acclaimed The Lodge; The Endless creators Justin Benson and Aaron Moorhead bring their newest, Synchronic; and Joe Begos (Almost Human) unleashes not one but two titles, with revisionist vampire flick Bliss and the world premiere of VFW, the latest from Dallas-based controversialists Cinestate.

There's one familiar face who makes their comeback in a completely new context. Richard Stanley hasn't made a narrative feature since gettng kicked off the set of his own adaptation of The Island of Dr. Moreau in 1996. That story became one of FF's most popular documentary selections, Lost Soul: The Doomed Journey of Richard Stanley's Island of Dr. Moreau. Now he finally returns to storytelling with his adaptation of H.P. Lovecraft's Color Out of Space, starring none other than Nicolas Cage.

The fest has also announced two major sidebars to the main programming. Having already promised that the theme this year will be Mexican cinema, FF has teamed up with Mórbido Film Fest for three deep cuts from the archive, plus a special lecture by head of programing Abraham Castilo Flores. Then the fest is also highlighting LGTBQ+ genre fare in collaboration with aGLIFF and OUTsider, as well as the Horror Queers podcast (featuring the Chronicle's own Trace Thurman). The selection includes a special retrospective of queer horror classic A Nightmare on Elm Street 2: Freddy's Revenge, as well as the U.S. premiere of documentary Scream, Queen! My Nightmare on Elm Street (and if that's not enough Freddy for you, one of those Mexican genre revivals, Trampa Infernal, features a Krueger wannabe).

Fantastic Fest runs Sept. 19-26. Tickets and info at www.fantasticfest.com, and follow all our coverage at austinchronicle.com/fantasticfest. Now here's wave two of this year's programming:

D: Amin Sidi-Boumédiène (Algeria, France, Qatar, 2019, North American Premiere, 139 min)
In the midst of the Algerian Civil War, Lotfi ventures into the desert with his lifelong friend S., who hopes to find and kill the elusive, dangerous terrorist Abou Leila.

D: Orçun Behram (Turkey, 2019, U.S. Premiere, 115 min)
Somewhere within an unnamed city in Turkey, the residents of an apartment block await the installation of their new antenna as ordered by the central government. No one can prepare them for the evil that will be unleashed.

THE BLACK PIT OF DR. M

D: Fernando Méndez (Mexico, 1959, Repertory Screening, 82 min)
Two doctors make a pact on behalf of science: Whichever one dies first will return to share the secrets of the afterlife. This pact will not end well.

D: Joe Begos (USA, 2019, Texas Premiere, 80 min)
While trying to complete her latest painting, a starving artist facing a lack of inspiration spirals out of control in a blaze of blood-soaked, drug-fueled glory.

D: Seth Ickerman (France, USA, 2019, North American Premiere, 50 min)
The wild sequel to the Carpenter Brut music video, “Turbo Killer,” shoots you into a turbulent psychedelic adventure of galactic hunters tracking down the soul of a spaceship set to a killer synthwave soundtrack.

D: Tyler Cornack (USA, 2019, World Premiere, 100 min)
Writer/director/comedian Tyler Cornack’s Butt Boy introduces us to Chip, a middle-aged man whose first prostate exam stirs feelings deep inside leading to an addiction that can only be shown to Fantastic Fest audiences.

CLIMATE OF THE HUNTER

D: Mickey Reece (USA, 2019, World Premiere, 90 min)
The “Soderbergh of the Sticks,” Mickey Reece, returns to Fantastic Fest with his 27th feature. Two beautiful sisters vie for the affections of a man who may or may not be a vampire.

COLOR OUT OF SPACE

D: Serge Ou (Australia, 2019, North American Premiere, 107 min)
From the Shaw Brothers to The Matrix, this wild documentary tells the story of how kung fu films conquered the world from the 1960s to now. 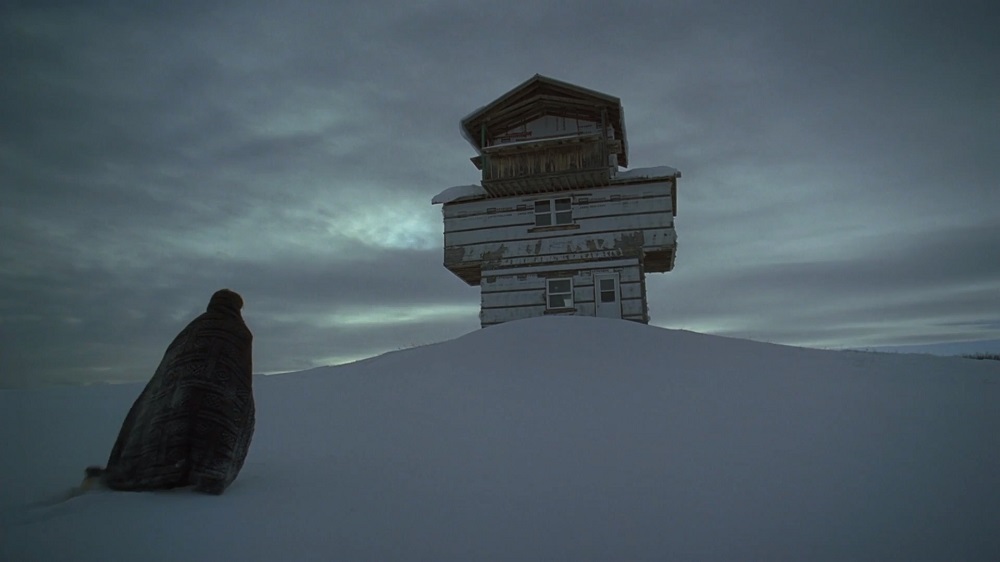 D: Mattie Do (Laos, Spain, Singapore, 2019, US Premiere, 115 min)
An old Laotian hermit discovers that the ghost of a road accident victim can transport him back in time fifty years to the moment of his mother’s painful death (Mattie Do in attendance).

D: Stewart Thorndike (2014, USA, Repertory Screening, 65 min)
After the loss of her child, a young woman begins to suspect that her neighbors might be part of a satanic cult and that she might be their next target (Stewart Thorndike in attendance. 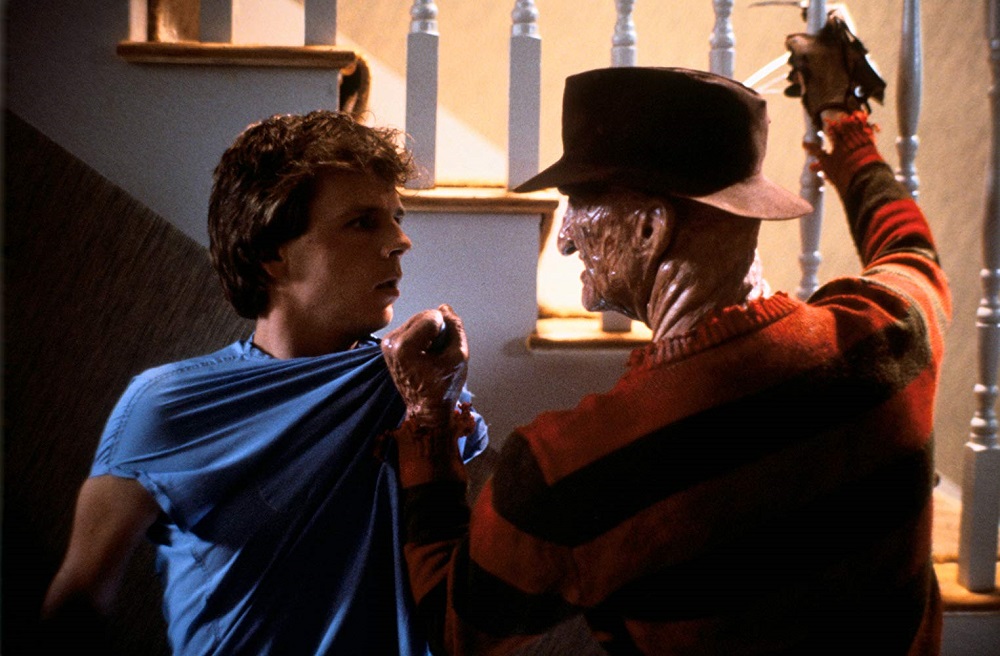 D: Jack Sholder (USA, 1985, Repertory Screening, 87 min)
Jesse (Mark Patton) is the new kid on Elm Street and Freddy Krueger might not be the only monster in the closet in this much discussed but under-appreciated queer horror classic (actors Mark Patton and Kim Myers in attendance).

D: Karl Markovics (Austria, 2019, U.S. Premiere, 90 min)
In a retirement allotment in Vienna, a crabby 91-year-old finds both himself and his humanity when he hires an Afghani refugee to help him in Karl Markovics’ remarkable and poignant third feature.

D: Tim Mielants (Belgium, 2019, North American Premiere, 97 min)
Patrick is not having an easy time. First his domineering father passed away and now his favorite hammer is missing. Before the day is out, Patrick’s search will lead him to discover answers to the questions he didn’t even know existed.

D: Galder Gaztelu-Urrutia (Spain, 2019, US Premiere, 90 min)
Somewhere in the future exists the Platform, a vertically tiered prison where the upper levels have access to exquisite food and the lower levels fight for survival. Level assignments are random, but how long can a prisoner’s luck hold? One man is about to find out (Galder Gaztelu-Urrutia in attendance)

D: Norman J. Warren (1977, United Kingdom, Repertory Screening, 78 min)
Jessica and Josephine find more than their relationship at stake when they’re chosen by a shape-shifting alien as his target for an observational study. 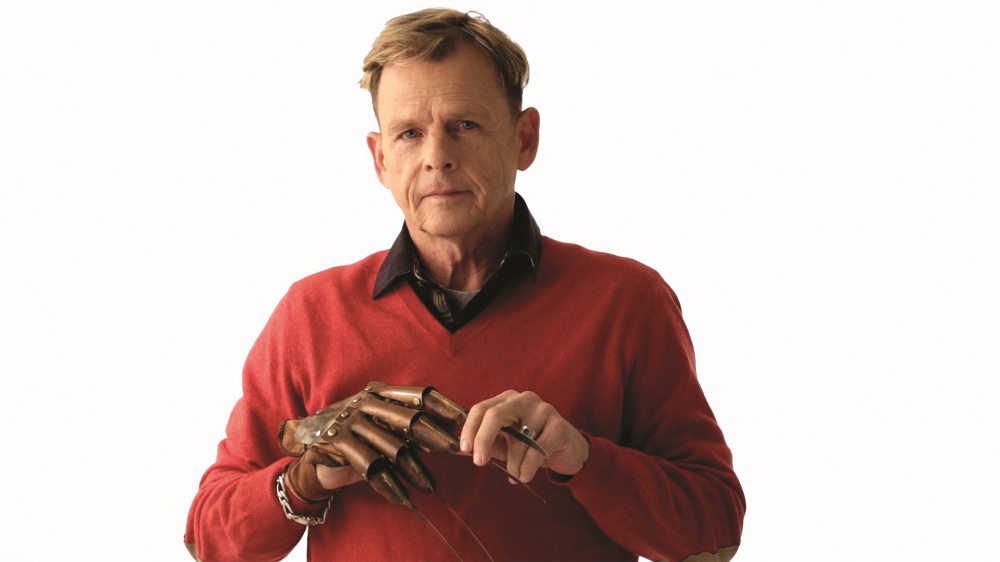 D: Roman Chimienti & Tyler Jensen (USA, 2019, US Premiere, 100 min)
More than thirty years after its release and his departure from Hollywood, Mark Patton (star of A Nightmare on Elm Street 2: Freddy’s Revenge), sets the record straight on the famously queer horror sequel in this fabulous, surprising, and eye-opening documentary (Roman Chimienti and Tyler Jensen in attendance).

THE SHIP OF MONSTERS

D: Rogelio A. González (Mexico, 1960, Repertory Screening, 81 min)
Two Venusian women and their robot servant are on a mission to find suitable candidates to repopulate their planet. Soon their ship is filled with bizarre specimens from across the universe, leading to an adventure like no other!

THE TRUE ADVENTURES OF WOLFBOY

D: Martin Krejčí (USA, 2019, North American Premiere, 88 min)
Suffering from hypertrichosis — which covers him with animal-like fur — Paul knows he’s not like other kids. But a seemingly random package from his estranged mother will send him on a journey of self-discovery alongside extraordinary characters.

THE VAST OF NIGHT

D: Joe Begos (USA, 2019, World Premiere, 92 min)
In the near future, a new drug called Hype has turned America into a war zone. The addicted are more mutant than human, and they’ve set their sights on assaulting a VFW post in Joe Begos’ star-studded latest (Joe Begos in attendance).