Other Worlds Celebrates 40th Anniversary of Time After Time

Fest to honor Nicholas Meyer, director of the beloved chrono-romance 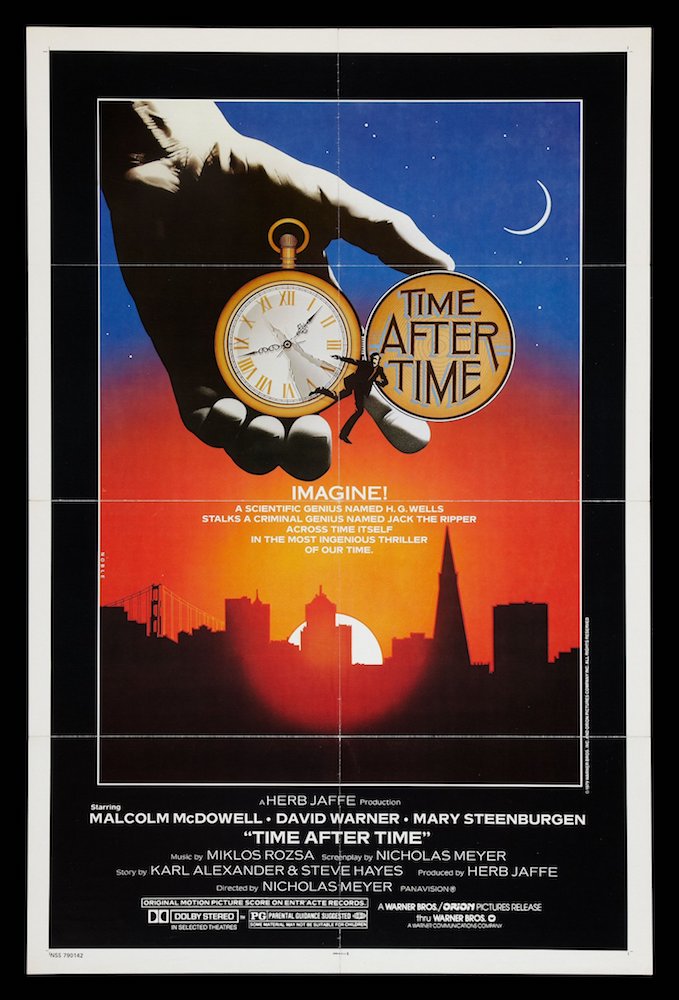 Nicholas Meyer may not be a household name, but serious Star Trek fans will know him as the writer and director who saved the Federation. Now Other Worlds, Austin's preeminent science fiction festival, will honor him as the 2019 Defender of the Universe, with a special screening of one of his key works, Time After Time.

The award is basically Other Worlds' hall of fame (previous recipients include The Black Hole director Gary Nelson, Battle Beyond the Stars icon Sybil Danning, and Battlestar Galactica director Alan Levi). Meyer will be inducted at this years fest, running Dec. 5-8 at Galaxy Highland.

A writer and director, it was Meyer who retooled the troubled Star Trek II: The Wrath of Khan through the mantra of "Hornblower in outer space," and in doing so secured the franchise's future. He returned to script Star Trek IV: The Voyage Home, wrote and directed Star Trek VI: The Undiscovered Country (so we should stop saying "even numbered Trek good" and say "Meyer's ones good"), and then was part of the writers' room for Star Trek: Discovery.

However, Meyer had already made his reputation as a novelist and screenwriter (including adapting his own Sherlock Holmes story, The Seven-Per-Cent Solution, for which he received an Oscar nomination). He's also a three-time Emmy nominee for The Night That Panicked America, The Odyssey, and the generation-defining/traumatizing The Day After.

The core of the Other Worlds celebration of his work will be a special 40th anniversary of his directorial debut, 1979's Time After Time. Adapted by Meyer from Karl Alexander's then-unpublished novel, it follows H.G. Wells (Malcom McDowell in one of his most restrained and heartfelt performances) using a real Victorian time machine to hunt down Jack the Ripper (David Warner) after the killer flees into a dark future – San Francisco in 1979.

The festival will reflect all aspects of his work and career: not only will there be the screening on December 6, and a special presentation ceremony on December 7, including an extended conversation with Meyer, but he will also host a special screenwriting workshop at the Austin School of Film. On top of everything else, Meyer will be signing his upcoming Holmes and Watson book, The Adventure of the Peculiar Protocols, at BookPeople.

Bears Rebecca Fonté, OW Founder and Artistic Director said that celebrating a filmmaker of his caliber is exactly what the award is about. “Meyer is to Star Trek what [Lawrence] Kasdan is to Star Wars, involved in all of the best of them. Meyer is the ultimate storyteller, whether it’s Kirk and Spock, or H.G. Wells and Jack the Ripper in Time After Time, or Holmes and Watson in his books, he is able to bring a fresh voice to characters we think we know.”

Other Worlds 2019 runs Dec. 6-8 at Galaxy Highland: passes and info at otherworldsaustin.com.