Watch The First Trailer For Raise Hell, The Story of Molly Ivins

SXSW smash documentary about the Texas original blazing onto screens 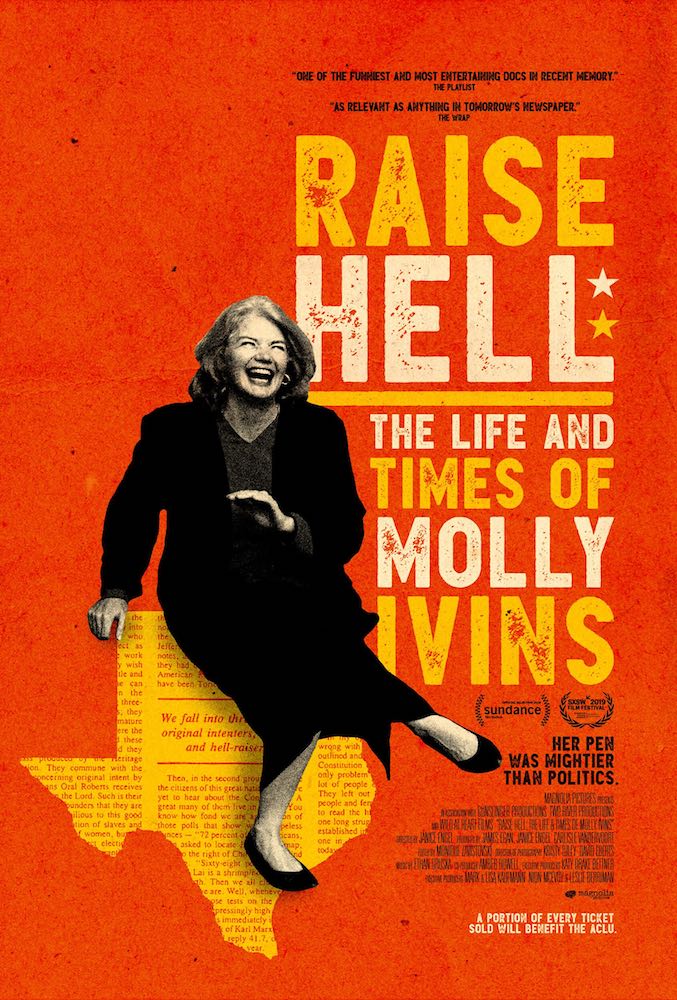 Molly Ivins was a trailblazer: a woman in Texas political journalism when they were rarer than horse feathers, an unabashed iconoclast, and a firebrand who left the national stage to concentrate on Texas' mess. Now her story receives the documentary treatment, and fittingly Texas gets it first.

Yup, Raise Hell: The Life and Times of Molly Ivins played at SXSW, where it picked up the Audience Award for festival favorite. Now it's being released in October by Magnolia Releasing, who have just released the first trailer.

However, Texas gets first dibs on this home state heroine. Director Janice Engel's feature will open in Texas on Aug. 30, before moving to New York and Los Angeles on Sept. 6, and a national release after that.

Aside from the earlier opening in Texas, there will also be a special advance screening on Aug. 28 at the Alamo South Lamar, followed by a special panel discussion with filmmaker Richard Linklater, Ivins' friend and fellow hellraiser Jim Hightowter, Texas Tribuine editor-in-chief Emily Ramshaw, and Raise Hell director Engel in attendance. The panel will be live streamed to other preview screenings around Texas (see the full list at mollyivinsfilm.com).

Ivins was an undeniable institution, a Californian transplant who made a massive contribution to reporting in the Lone Star State, not least as co-editor and political reporter for the Texas Observer. Her trademark plain speaking, which could cross the line into satirical snark, made more than a few enemies and got her into hot water with editors on more than one occasion. Yet she often defined the journalist as a speaker of truth to power. That, and her drive to point out any elephants in the room, made her a force to be reckoned with, and one that's still missed. Now let's watch that trailer: