In this series, Naomi Watts puts the "psycho" in psychotherapy 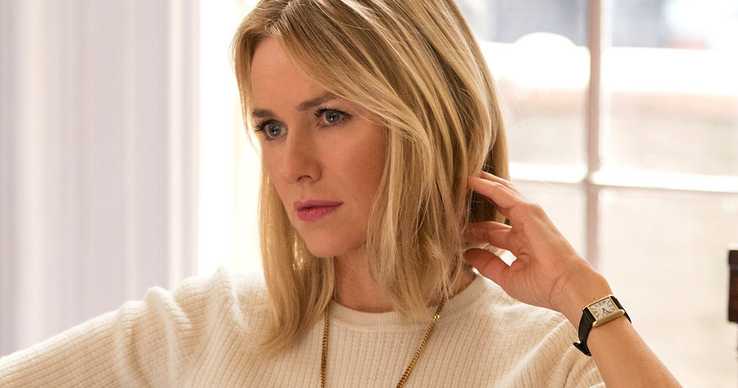 Psychotherapy depends upon vulnerability. A patient’s either naïve enough or desperate enough to walk into a room with a total stranger and reveal his deepest, darkest secrets. Healing comes from the relationship, they say. But what if that relationship was full of subtle manipulations, dogged inquiries, and sleight-of-hand misdirection?

What if the therapist was not to be trusted, but feared? That would be a crime, wouldn’t it?

Sidney is an emotional doppelganger for Jean, reminding her of the free young woman she was before becoming encumbered by husband (Billy Crudup) and child (Maren Heary). It’s in the relationship between the two women that the sultriness and duplicity inherent in her character develops. Ultimately, Jean isn’t as interested in healing her patients as she is in manipulating them. In her office, she talks a good game about maintaining strict boundaries, the whole while she sets her own to flame.

Like a dark body of water, Gypsy is the kind of series the viewer sinks into. It draws you in. Small, intimate details are dropped like breadcrumbs in the forest. It turns out, for instance, that Jean has lied before. In fact, she may have had a past patient committed for something the therapist herself did: setting fire to the patient’s family home.

But make no mistake. Gypsy doesn’t so much deal with legal crimes as it does illuminate the mind of criminality. Diagnose her as a pathological liar, a narcissist, or a sociopath, but it’s Jean’s lack of respect for others that leads her to view people as mere pawns in her game. The affair she has with her patient’s girlfriend may be just the thing that Sidney, a manipulator in her own right, deserves. But the therapist is so devious, so underhanded in laying her casual traps, we can’t help but feel sorry for the girl, whose slinky vixen ways pale in comparison to Jean.

Watching Gypsy is like traveling along a razor’s edge, hoping to avoid the cut. It’s edge of the seat stuff, with Watts turning in one of the best performances of her career. (She also executive produced.) The series captures her at a moment when she’s 10 minutes past her prime, still sexy and attractive for now, but as the camera draws in for close-ups, we see the looser skin and deeper lines etching themselves quietly into her face. In just a short while, Watts won’t be the desirable young thing she once was, and here she knows it, using it as motivation for Jean as well. Age and the impending loss of her sex appeal is Jean Holloway’s death knell. Her power over others will also wane. The Sidney Pierces of the world seem to only get younger, while Jean is becoming what she always feared: a suburban housewife who plans birthday parties and shops for the school bake sale. This reality, possibly more than any other, is why she is so compelled to destroy boundaries and all the lives that happen to cross her path.