American Hasi takes comedy from L.A. to India and Back Again

Comedian Tushar Singh quests for connection in this new documentary 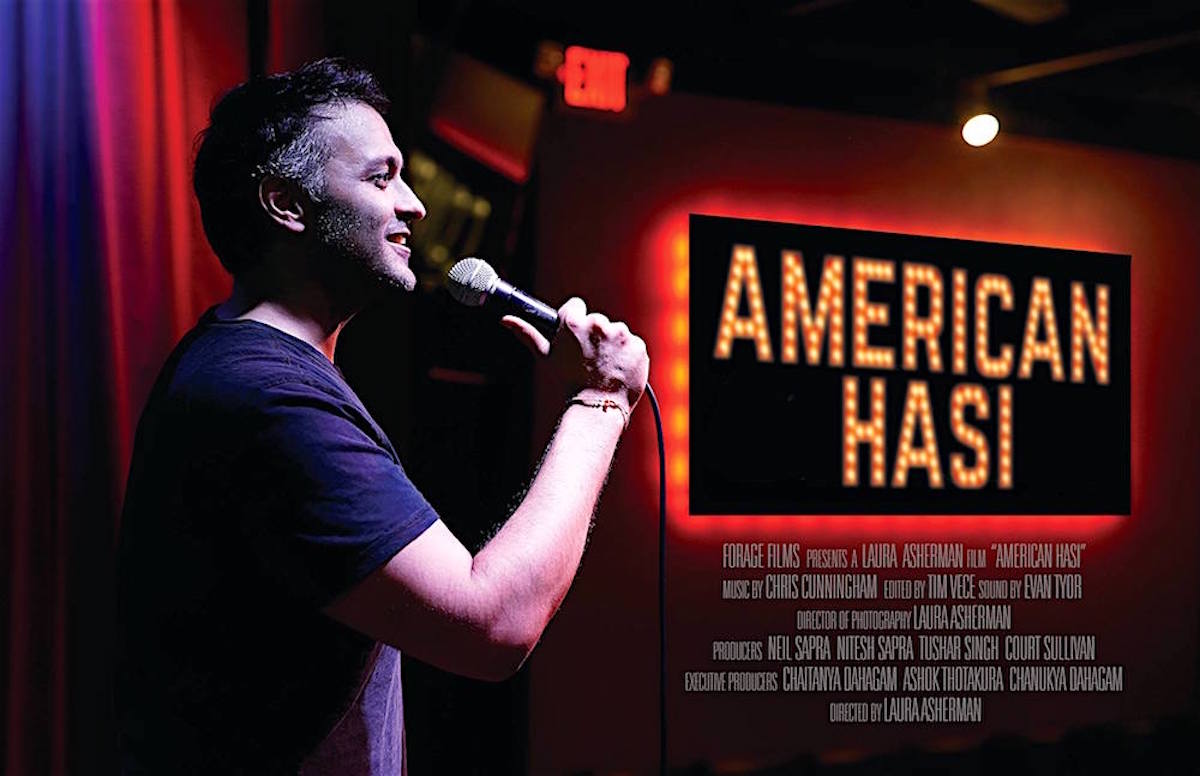 Dying is easy, they say, but comedy is hard.

It’s certainly hard enough in ordinary circumstances – and the more ordinary the circumstances, the harder it is. You try to escape the humdrum workaday world with your wit and words, try to get beyond the drudgery of quotidian existence, you’ll need to perform some powerful braining.

If you’re aspiring stand-up comedian Tushar Singh, the Alabama-raised and L.A.-based subject of Laura Asherman’s new documentary, you’re going to see if maybe working your material onstage in your parents’ country of origin – yes, India, on the other side of the world – isn’t a better path to success. So we follow Singh and some of his buds (and his mom!) on a journey back to his deeper cultural roots, on a quest to discover where his shticks and tones – where he – might best fit in and flourish.

It’s … interesting. Asherman spikes the narrative with commentary from some name comedians – Russell Peters, Bill Burr, Vir Das – and we watch as the somewhat father-haunted Singh visits the tiny village his parents came from and gigs his way from Mumbai to New Delhi, trying to connect, to spark laughter among audiences beyond his own thoroughly American background.

This American Hasi documentary is currently showing at Austin’s Asian American Film Festival, and that, I think, is a perfect setting for it. Because, if Singh was a failure at comedy – if he totally sucked at stand-up – the doc would’ve been about that, if only by default. And, if Singh was brilliant at comedy – if he laid audiences to waste with his stunning insights and turns of phrase – it would’ve been about that.

Singh is neither of those things: He’s a decent enough stage presence, sufficiently funny to not fizzle a ready room, an affable personality telling his stories. He’s okay, okay? Which makes this documentary more about the interplay of Asian/American cultures and how one particular human navigates that territory – and how a young man negotiates with the spectre of a father, dead for many years, who wouldn’t exactly approve of his choices vis-a-vis a life in comedy.

Not, we suggest, a bad thing for a documentary to be concerned with.