Director Joe Talbot on the poignant side of gentrification 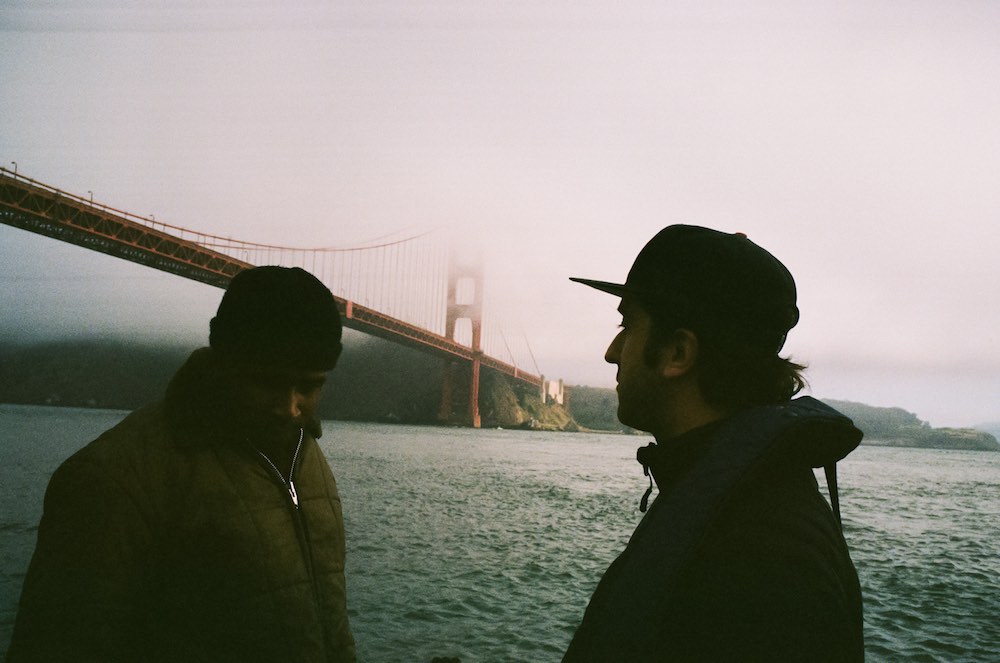 Friendship in a changing city: Star Jimmie Fails (l) and director Joe Talbot in the home of The Last Black Man in San Francisco.

Every completed film comes from a decision by a director to make that film right now. For The Last Black Man in San Francisco, director Joe Talbot said, "'Right now' is sort of funny, because it was five years ago when we started. I think what's even stranger about it is that 'right now' continues to feel relevant with each year."

If the tech bubble had burst, if the real estate market had collapsed, Talbot and friend/collaborator/lead actor Jimmie Fails' very personal story of Bay Area gentrification would have seemed like a period piece. However, that's still what it is for Talbot, a record of a moment in San Francisco that has already gone. "Constantly we would find locations that we loved, and we'd come back a month later and they'd been bulldozed. Even since we finished shooting the film only a year ago, some of the places look unrecognizable."

Some building have been bulldozed, some empty lots filled. It's part of the process of architectural change that reflects gentrification. But in Fails and Talbot's story, that's not the simple blanket term to be thrown around as an epithet. Instead, The Last Black Man in San Francisco probes the deeper question of cultural ownership of a city, about who gets to say it belongs to them. It's all wrapped up in the house that Jimmie (Fails, playing a character inspired by his own experiences) tends to so lovingly. He doesn't hold the deeds but it's his family home and he's going to clear the weeds and paint the trim, even if the current owner objects, because he loves that house. But does the woman who lives there now actually – of an age where she probably moved there for the Haight-Ashbury scene – love it less, or have less claim?

Questions and issues, from the loss of affordable housing to the loss of art spaces and historical events like the internment of the Japanese American middle class, flutter through this lyrical love letter to a city, and the answers aren't always pretty or definitive. Talbot said, "The sad thing for us was that it was still relevant. You hope for some kind of change, and yet it feels like it got more intense, the city got even crazier, and the even more scary is that it's not just limited to San Francisco. These things seem to be happening all over the country."

Yet this definitely isn't a wistful yearning for how things used to be. Talbot said that, while he and Fails love San Francisco, "It's a place where, out of that love, we're very critical of as well. We have a lot of problems with, not just present day San Francisco, but the San Francisco we grew up in, and before times, historically." For Talbot, those feelings spring in no small part from something inherent in the city's nature as somewhere people move to, if they get the chance. "[It's] both a place that has welcomed waves and waves of people from across the country through the gates of San Francisco to be the people that they couldn't be elsewhere, and it's also a place that has pushed some of the great San Franciscans out, never to return."

Austin Chronicle: This issue of ownership is something we go though in Austin, with people who go, "Oh, you should have been here in 1995," or 1985, or 1975, and they become gatekeepers of belonging.

Joe Talbot: It dates back to that old joke – what do you call a gentrifier? The person who moved in right after you. I think adding to that, there is this nostalgia baked into San Francisco's consciousness, dating back to its earliest days. There are stories of Mark Twain in the 1870s going, "It's nothing like the 1860s." I think there's even a line in Vertigo about that, where Tom Helmore says to Jimmy Stewart something to that effect, that San Francisco's not what it once was.

That's one of the benefits of the movie having taken so long to get made, is that that it gave us more time to mull over those thoughts, and develop it from at first some of an angry reaction to what was happening – which was what the first draft of the film was. Over the next few years [Jimmie] and I and a group of collaborators who assembled around this film to help us make it, we spent time refining those feelings, working through those feelings. 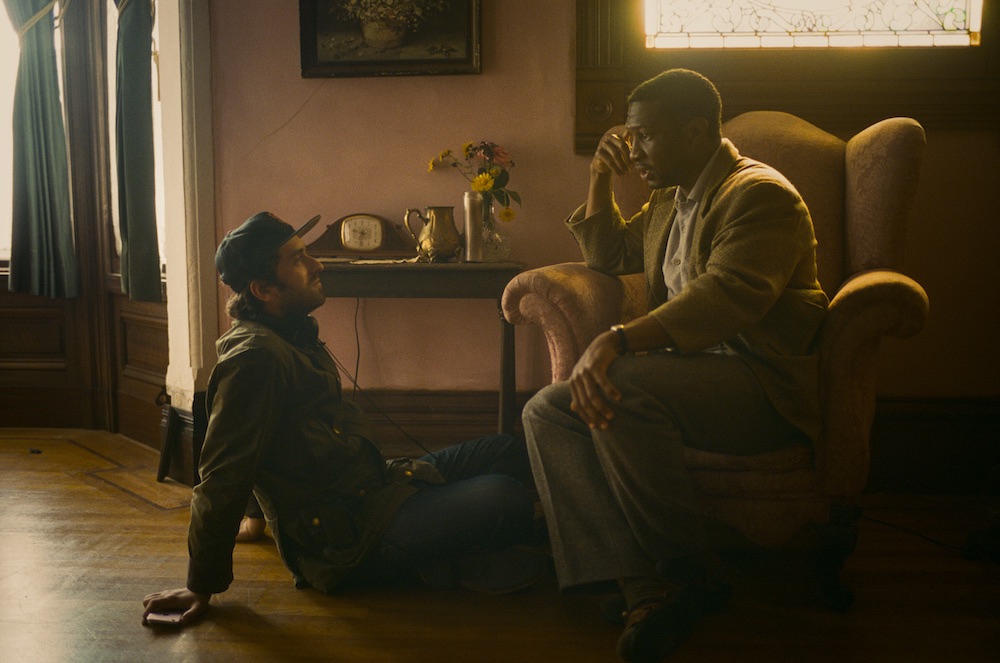 "John is this Yale-trained actor, he'd just come from acting across from Matthew McConaughey, Christian Bale, and yet he was so humble, so kind, so generous to both me and Jimmie, just with his heart and his time." Director Joe Talbot (l) on Jonathan Majors, star of The Last Black Man in San Francisco.

AC: There's a pivotal scene where Jimmie's best friend Mont (Jonathan Majors) walks across the road and interrupts the guys who on the street corner who act like a Greek Chorus. It's such a compassionate moment that could have easily become violent, but doesn't. Jimmie is an iteration of Jimmie, but where did Mont come from?

JT: That scene that you mention, where he crosses the street to interrupt what's happening, that was improv'd, and that speaks to Jonathan and his deep understanding of who the character was. ... It mirrored his real life relationship with Jimmie. When he came on, John is this Yale-trained actor, he'd just come from acting across from Matthew McConaughey, Christian Bale, and yet he was so humble, so kind, so generous to both me and Jimmie, just with his heart and his time. He ended up letting Jimmie stay at his hotel with him, they'd workshop late into the night. I think he really inspired Jimmie a lot. He even taught Jimmie, because it was his first time [acting], and he took Jimmie under his wing. So it was beautiful to watch as a friend of Jimmie's, but also as a director, to watch this real-life friendship begin.

Mont came initially from a friend of ours named Prentice, who inspired the character. He's just a great San Francisco original. So we just started thinking about what a film based around a friendship of these two guys who are very different, but both great San Franciscans in their own right, would look like. Over time and through years of development he took on a life of his own as a character. When we met John, he took Mont to a whole other level, as great actors do, but a part of that is, Jonathan, we call him an honorary San Franciscan because even though he's from Texas he really understood Mont in his bones, really understood that Mont is the spirit of San Francisco. He's loving, he sees past the facades that we all carry, he really seeks to look deeper and ask questions, and he leads with love. I think that's some of the feelings that we're raised on in San Francisco. I think that's part of why we didn't want to make this an angry movie.

The Last Black Man in San Francisco opens in Austin this week. For review and listings, see our Showtimes page.