ATX TV Fest Recap: Taking the Future One Day at a Time 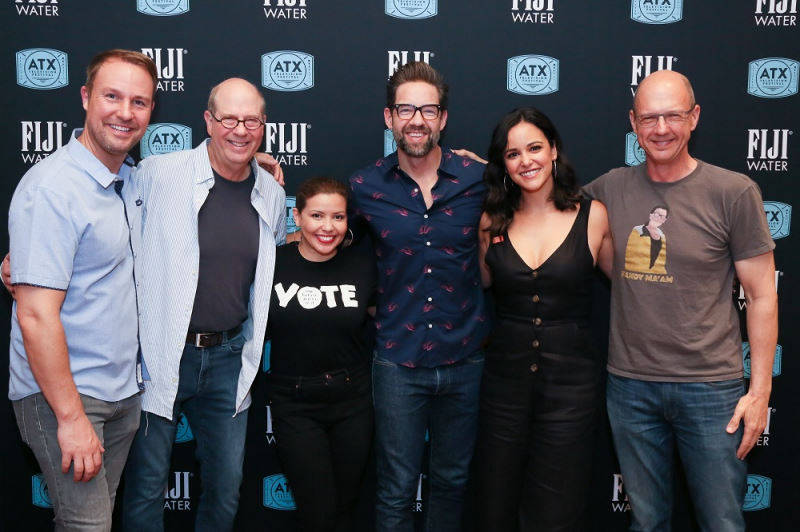 This year’s ATX Television Festival marked almost three months since Netflix announced its decision to not renew its contemporary re-imagining of Norman Lear's classic sitcom One Day at a Time, but the Stateside Theatre was packed with fans for a special screening and panel, cancellation be damned.

Skirting specifics, Royce offered, “All I can say is there’s hope – there’s not not hope. I’ve been through three save-our-show campaigns. The first two didn’t work, that’s why I’m with this show. The other two were like pie in the sky, you’re hoping like, ‘Oh my, God. I hope a miracle happens.’ I think I can safely say … we’re past miracle status. People are interested, and we just need to make sure it can all work out if we want to do a credible version of the show."

He added, “If we end up doing it, you don’t want to do something that somehow takes away from the creative. ... And those are sometimes all monetary considerations, but we’re talking. We hope to have news sooner rather than later.”

Royce thanked fans for their continued support of the show, particularly the #SaveODAAT social media campaign. Cast member Isabella Gomez (Penelope’s daughter Elena) also urged fans to keep up with #SaveODAAT via a video message beamed onto the screen during the Q&A. (Machado being the only female main cast member on stage didn’t go unnoticed by Royce, who at one point remarked, “I apologize, it’s a little bit of a sausage show.”)

Miller, as a non-writing exec producer, spoke to the show’s development and casting origin stories. “I often say the most amazing marriage in town was Mike Royce and Gloria Calderon Kellett, because in the beginning, it was Mike, Norman, and I talking about this show – about a Latinx family – and we’re looking at each other as three white guys [like], ‘This is not gonna work.’” 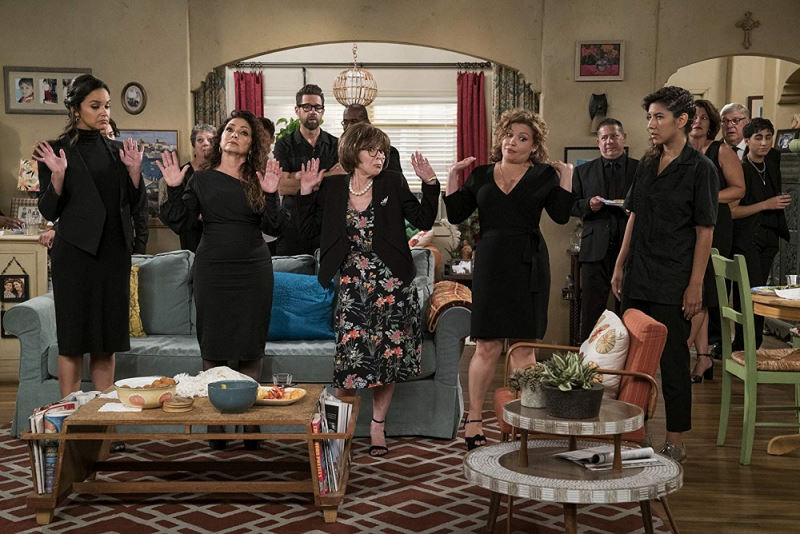 "There's hope," according to One Day at a Time series co-creator Mike Royce, that the series may survive beyond season 2, after being canceled by Netflix.

From a casting perspective, Miller shared Lear (who came onto the reboot as an executive producer) championed Rita Moreno (West Side Story) to play Penelope’s Cuban mother Lydia from the very beginning. Grinnell’s route wasn’t so seamless, sharing he auditioned multiple times over several months for the part of wealthy Candadian landlord Schneider.

Fumero then turned the conversation to Machado, noting how she’d had very little, if any, experience with multicamera shows recorded in front of a live studio audience before coming to One Day at a Time. Machado shared, “We can talk about this, how terrified we are before we go on in front of all these people. Because sometimes we bombed when we walked out there and nobody laughed at us.”

There’s a learned balance that comes with working on a multicam show, she explained. “Because you have an audience and as a performer you want to please your audience, but you also have to do the show …. You have to realize that you’re not there to entertain.”

The reboot’s garnered acclaim for its direct tackling of topics often absent from sitcoms – let alone TV – including PTSD and immigration, as well as sexuality and gender, as witnessed in Elena not only coming out but getting a nonbinary love interest in season 2. Balancing representing social issues while simultaneously cracking jokes is a challenge, but it’s One Day’s ability to strike that balance with sincerity and honesty that makes for big laughs and big connections. Tobolowsky, turning to the audience, explained, “What makes One Day at a Time so special is that we talk about on the show things that people don’t usually talk about. And in a way, it brings the audience together. ... It’s like we all share a secret together.” He continued, “Because all of us have been picked on at some point in our lives … and we feel the indignity, and we feel the hurt of it, and we survive it and we feel proud of ourselves because of that. One Day at a Time tells that story in not a cloying, but in kind of an honest way, and it makes the laughs feel earned.”

Cancelled Too Soon: One Day at a Time