ATX Fest Recap: Indie Film Studio Blumhouse Is Taking Over TV on Its Own Terms

The House That Horror Built – Inside Blumhouse Television 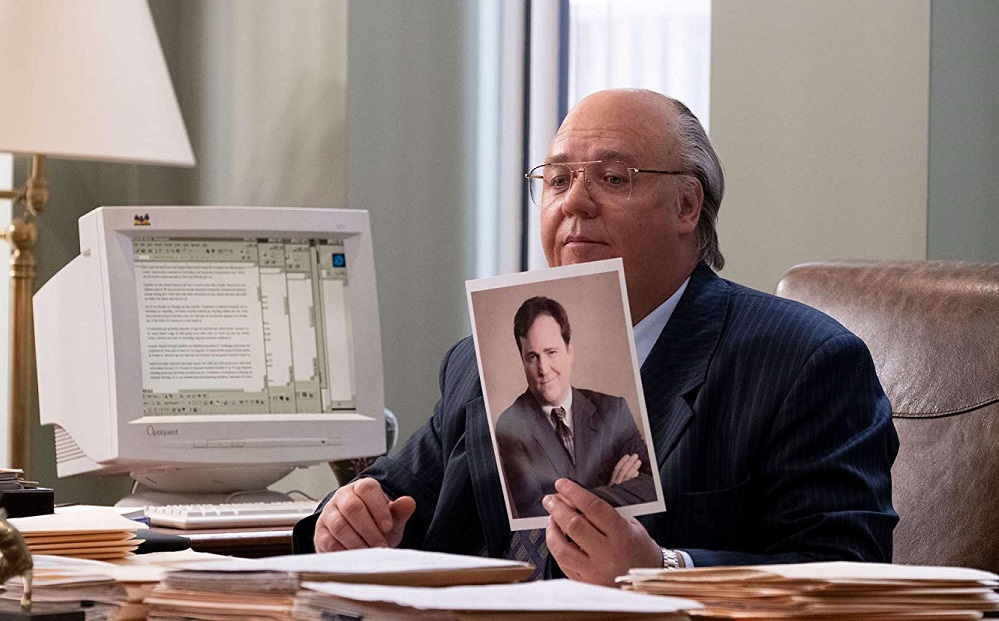 It seems like Jason Blum and his Blumhouse production company are ubiquitous, and even when he couldn't be present in person for the Blumhouse Television panel at the ATX Television Festival, he still managed a brief Facetime appearance from the gym.

The big news that crept in at the panel gathering some of the TV production company's lead thinkers and doers was that Blumhouse is working on a TV expansion of an (as yet unnamed) existing franchise within its theatrical arm.

It's the second time Blumhouse Television has built on the film side of the business, and the first - the TV version of The Purge - was not seen as a spin-off, but definitely part of the franchise. Season one was effectively the third installment, and with the release of The Purge: Election Year, season two effectively becomes part five. Jeremy Gold, co-president of Blumhouse Television, recalled that he and co-president Marci Wiseman felt an immense responsibility to make sure they didn't let one of Blumhouse's tentpole franchises down. He recalled thinking, "'We better not fuck this up, because this is a really important franchise' ... so we were really happy that season one became the number one show of USA, and we got a second season."

For Gold, that's a positive example of the very porous line between the company's TV and film divisions - a change from most of the industry, where he sees a kind of sibling rivalry between the big and small screens. "It's aided by the fact that we sit seven feet apart," said Gold. "We're looking at material all the time and going, 'That's not for us - over to you, Cooper [Samuelson, head of development and Executive President of Blumhouse's film division].'"

There's definitely no sense of TV being the afterthought. With 32 features being made in the two years since the division opened, it's actually more prolific than the theatrical arm, and Wiseman described streaming movies as "[Movies of the week] reinvented."

Blumhouse had produced TV shows before establishing Blumhouse Television in 2016. Wiseman (who described herself as "more on the business side" than Gold, who came originally from theater) described Blum's original pitch to her as very simple: He told her, "I control my destiny in film, but I feel like a schmuck in TV." TV companies were coming to Blum and asking him to put the company name on their products, and Wiseman saw their job was to ensure that a show was "uniquely Blumhouse." 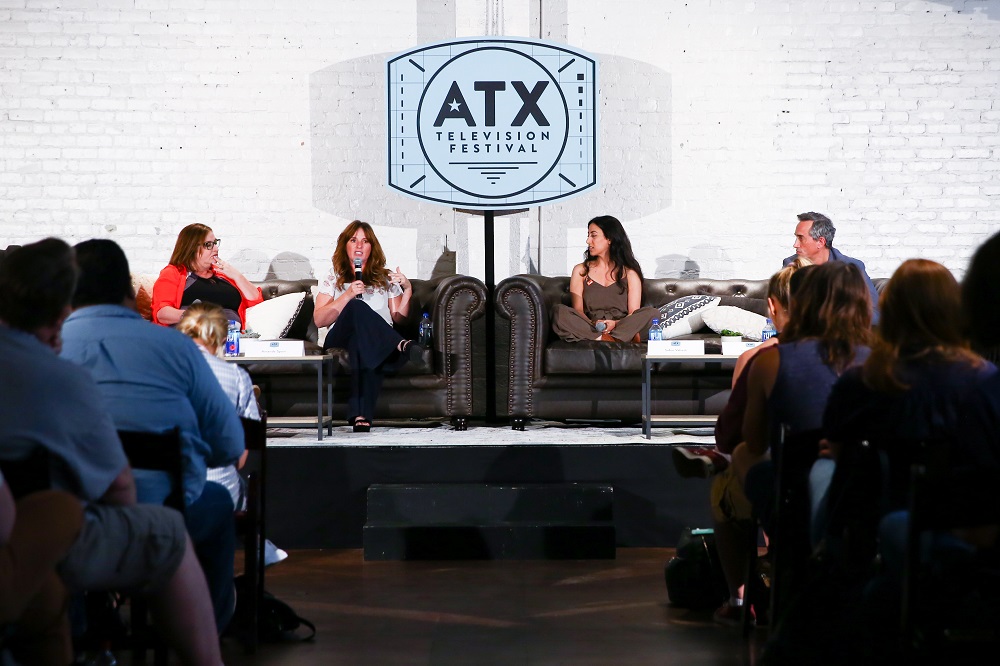 With shows on 12 different broadcast, cable and streaming outlet, Gold said, "We lean on the brand is heavily." However, he also noted that the Blumhouse brand is more meaningful for some outlets than others, making it more essential than ever to make sure they know they're going the right way with the expansion and the projects.

While its shingle is much broader than one genre (as those Oscars for Whiplash prove), Blumhouse has become synonymous with horror. However, for Wiseman, it's projects like horror-tinged crime drama Sharp Objects (which debuted at ATX Television 2018) that "epitomize what Blumhouse needed to be, has come to be, and should continue to be - not just stories about monsters under the bed." That's why their next big project is their Showtime drama about the scandals that followed the late and former Fox News CEO Roger Ailes, The Loudest Voice. "As Jeremy likes to say," Wiseman noted, "it's not horror, but it is horrifying."

That Showtime relationship will continue this summer when Blumhouse starts shooting The Good Lord Bird, an abolitionist drama starring Ethan Hawke and directed by Albert Hughes (Menace 2 Society). Gold said, "That means a lot to us, personally as well as professionally, that they had a good enough experience on our Russell Crowe as Roger Ailes, five hours under makeup show, that they wanted to work with us again."

There's an undeniable political and activist streak to Blumhouse (coming in no small part from Blum himself). That's reflected in the creative and commissioning team: Amanda Spain, Blumhouse Television's director of alternative and non-scripted, comes from an indie social activism documentary background, as well as the kind of doc series that pays the bills for most budding documentarians (she particularly highlighted Ghost Inside my Child from her resume) "so I've walked inside both worlds - serious documentaries and seriously fun documentaries." That fusion is a key part of the Blumhouse model when it comes to any kind of true-life narrative. She noted, "If we don't get a mass audience, it's just a tree falling in a forest."

That's why Blumhouse is constantly on the lookout for projects that might be a good fit for the brand, and then find ways to handle them that are suitable (for example, the studio is currently developing the terrifying tale of gaslighting and mental abuse chronicled earlier this year by New York magazine in "The Stolen Kids of Sarah Lawrence" as a drama, a documentary, or potentially both). Sometimes the brand leans more traditional, but still with a political and social tinge, such as the monthly Into the Dark series for Hulu. Themed around holidays (ATX viewers got to see a preview Thursday of July's SF immigration shocker Culture Shock, debuting just in time for Independence Day), it's been a breakout hit. Sahar Vahedi, Blumhouse Television's director of development, called that anthology feature series format "really exciting. ... Being able to do what we do best, giving voice to new talents [and] marrying that to our expertise in sustainable TV shows, it's really fun for us do."

The House That Horror Built: Inside Blumhouse Television