ATX Fest Recap: How Archer Made it Into Space

Getting galactic with FXX's animated comedy at ATX TV Fest

Sterling Archer has been a spy, a gumshoe, a pilot, and now he's a spacefaring rogue in the latest season of FXX's animated comedy Archer, which celebrated its 10th season with a special screening this morning at ATX Television Festival. 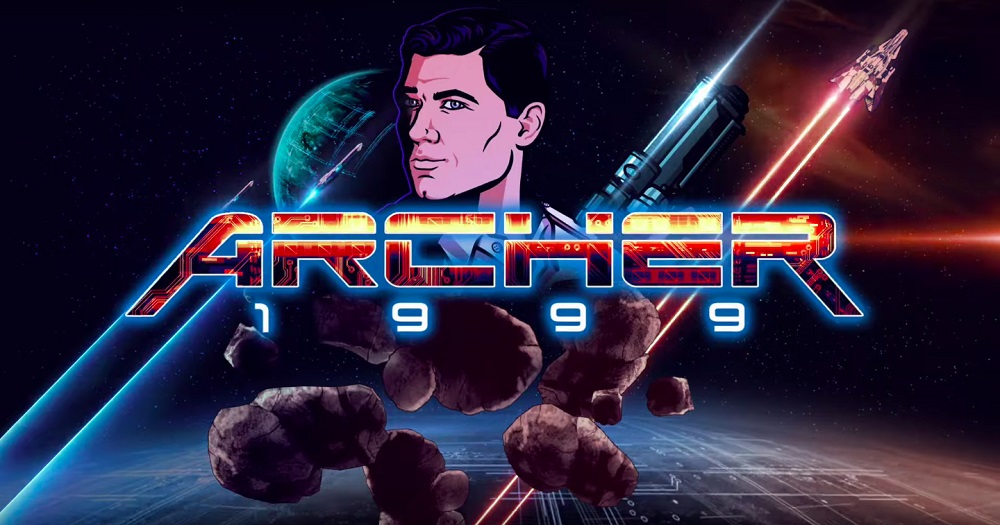 Series creator Matt Thompson (accompanied by art director Chad Hurd, lead storyboard artist Taylor Parrish, and the voice of Sterling Archer himself, H. Jon Benjamin) presented a very special preview of this upcoming week's next episode of Archer season 10 aka Archer 1999, which he described as their tribute, of sorts, to the classic Star Trek episode "The Trouble With Tribbles.

What made the episode so special? Texas-born Thompson, as a special tribute to his home state, added a cowboy hat to Archer's head in every scene - even when he was wearing a helmet. That was more than a little reminiscent of one of the more famous DVD extras the show ever produce, the infamous "Archersaurus," which was basically the pilot episode re-cast with the part of Archer played by a Velociraptor (an idea for which Thompson takes all the credit/blame).

The latest episodes are part of what the team have dubbed "the coma seasons." At the end of Season 7, Archer was shot and seemingly killed, and each successive season has taken him deeper and deeper into Inception-esque stories within stories in deeper realities. Season 8 saw Archer in Dreamland, a spoof of Hollywood noir: Season 9 - Danger Island - was a riff on classic two-fisted pre-war Nazi-smashing Pacific pulp; and Season 10 heads into space. In hindsight, Thompson jokingly described that as "a terrible business decision," since it meant completely redesigning every virtual set and character, even though FX are paying the same amount per season.

With every iteration, the characters are recognizable but flexible, so that Krieger (the lab tech with aspirations of evil genius from the original run) has been a Nazi scientist, a parrot, and now a spoof on Ash from Alien. That's one of dozens of references that Thompson says are hidden in Season 10, with visual nods to Alien, Aliens, Battlestar Galactica, Firefly, 2001: A Space Odyssey, and 2010: The Year We Make Contact - plus a big homage to Herculoids.

The biggest change for this season has really been a return to the jaunty comedy of the earlier seasons, which Thompson admitted was their own response to how dark and weird Dreamland got, especially the infamous and surprisingly grisly recreation of The Last Supper. That's why Danger Island was visually much brighter, while 1999 is much closer in comedic tone to the first few years.

Thompson noted that the shift came from the Archer team, not from FX. In fact, there were only two times in the whole history of the edgy, bawdy animation when the network asked them to tone a plot point down. In the opening episode of Season 2, "Swiss Miss," Archer is the object of the affections of the daughter of a billionaire. However, she's underage - at least in the U.S. When she explains that 15 is legal in Germany, he asked in horror whether it's the Alabama of Europe: or rather, he did until the network asked whether they could raise her age a little. The only other time was when Archer threw a baby in the air to distract some bad guys, but apart from that FX has given the show its head (phrasing!) on tone.

The interstellar location isn't the only major change in Season 10. Thompson noted that the idea of having the regulars already know each other - unlike, say, Danger Island, where much of the first episode is about them meeting and establishing relationship. That change, building on multiple seasons of established dynamics, means that the show can get straight to the comedy, and let the references and legwork from earlier seasons do all the world building.

Yet there's one constant in the show. Every season, Jessica Walter (as Archer's constantly sozzled and sarcastic mother, Mallory) has to deliver some of the filthiest and most loaded lines, and every season Thompson has to explain some terms to her. This, he noted, may make him the only person to have been asked by the TV icon, "OK. Tell me about teabagging."

Broken News: How Vice News Tonight Wants to Reclaim the Next Generation of TV viewers