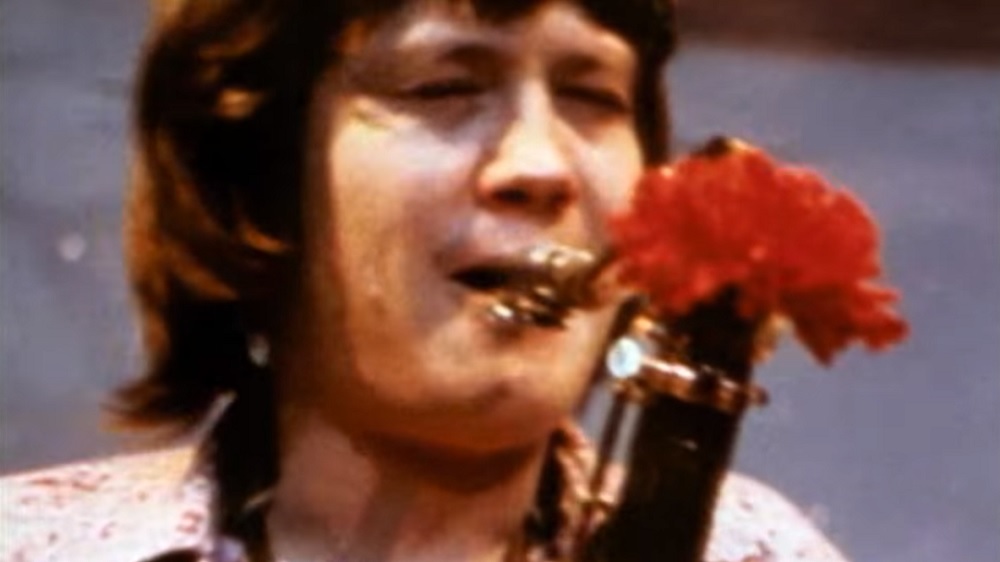 Bobby Keys, the Texan who became the sixth Rolling Stone and a musical legend, but paid every price imaginable, as portrayed in Every Night's a Saturday Night: The Bobby Keys Story, playing at Violet Crown tonight

Pete Best and the Beatles. Dave Mustaine and Metallica. Every legendary band has that one member that helped define their sound, then fell from favor. In most cases, they were a founder who never surrounded the maelstrom of the early years. Not Bobby Keys, the man that became known as "the sixth Rolling Stone."

The Slaton-born Texas saxophonist didn't even meet the bad boys of British rock until 1964, and didn't appear on one of their recordings until Let It Bleed in 1971. But as explained in music documentary Every Night's a Saturday Night: The Bobby Keys Story, which plays tonight at Violet Crown Cinema, he became a key component in their sound and their mythology - for good and ill. As Stones drummer Charlie Watts puts it, "He's not the best saxophone player in the world. He's the best rock and roll saxophone player in the world."

However, the documentary – directed by Jeff Stacy – doesn't just concentrate on his time as a session and touring musician for the Stones. While he played with them from 1969 to 1973, and again from 1981 until his death in 2014, he was the go-to sax man for everyone from John Lennon to Joe Cocker and Carly Simon to Warren Zevon. Executive producer Jeffrey Brown said, "He was on the road from 16. He knew Buddy Holly, and he knew Donovan, and he played with them ... the laundry list of people he played with, it's unbelievable."

Every Night's a Saturday Night will be released on VOD and with Brown and Stacy in attendance. Brown joined the project while it was well underway, but helped organize some of the later shoots in Lubbock, and has been part of the ongoing release – his late entry to the team, he explained, was why he demurred on taking a full producer credit, and opted instead for an executive producer credit.

Brown's a seasoned producer of music documentaries (including two portraits of seminal Austin venues, 2016's Honky Tonk Heaven: Legend of the Broken Spoke and Nothing Stays the Same: The Story of the Saxon Pub, which opens at Violet Crown this weekend): Plus, as a long time resident of the Czech Republic, he'd also become a fixture at the Music on Film-Film on Music festival there. When he was introduced to Stacy, it was a natural fit: But it was also the perfect project. Brown said, "I have older brothers who are ridiculously massive Rolling Stones fans, and I knew about Bobby Keys when I was growing up, so it was a natural fit."

The film is a full record of Keys' incredible career, including his long tenure in Austin playing with Joe Ely. Of course, the film can't avoid talking about his complicated relationship with the Stones, including his ignoble departure in 1973. Brown said, "There's clearly two sides of the story. Keith Richard's version is that he was in a bath full of Dom Pérignon with two women ... his version is that he was hooked on hard drugs."

Keys had a dark side, and Brown puts much of that down to a chip on his shoulder from growing up on the wrong side of the tracks – a feeling that never left him. There's a key scene in which Keys drove up to his high school reunion with a camera crew, but then refused to go in because he worried what his schoolmates would think of him – even though many of them drove that same night to see him play with Ely. When it comes to getting away from a hole in your soul, Brown said, "Fame and money doesn't cut it."

With all that history, the filmmakers worked with Keys to make him understand they wouldn't focus just on the bleaker moments, but on his whole, incredible life. "You've got to build trust in your subject. They've got to believe you won't make them look stupid."

So the highs of the partying are there as well as the lows, but then it always come back to the music. Brown said, "Bobby's funny, everyone's was laughing their asses off. But if Bobby was just funny, then they wouldn't have kept him around. He brought it."

Every Night's a Saturday Night: The Bobby Keys Story, May 28, 7pm, Violet Crown, 434 W. Second. Tickets and info at www.austinvioletcrown.com.

For more on Keys, read our 2006 interview with him.