Ritesh Batra Has a Photograph

Indian-American director dismantles the tropes of the romantic movie 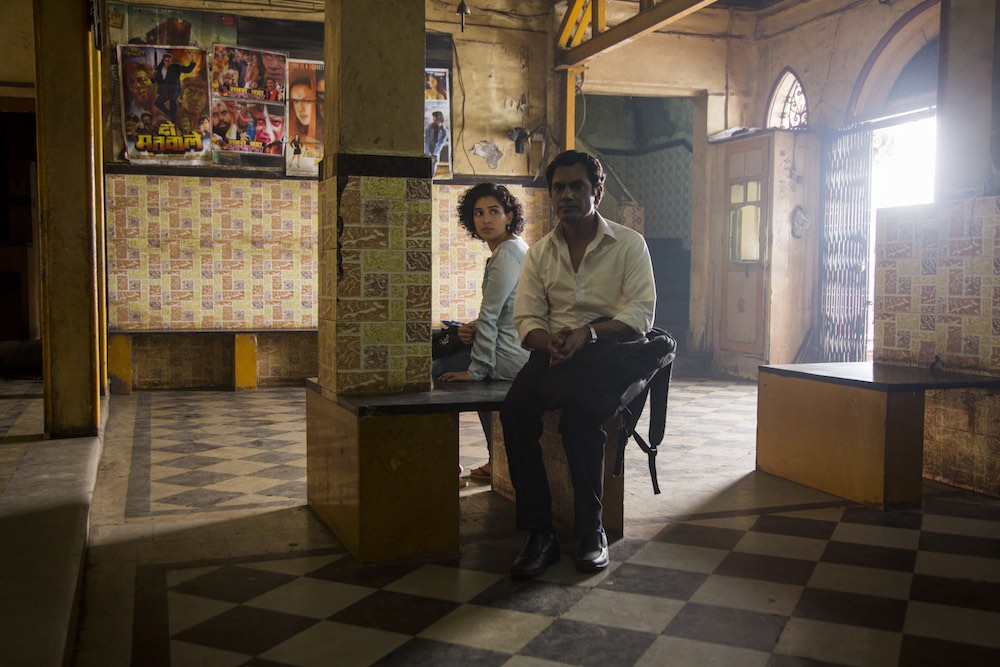 A man and a woman meet. They have enough in common to overcome everything that separates them. Or, at least, enough in common that the audience can suspend disbelief and will them together. That's the norm of romance movies, but not in Ritesh Batra's Photograph.

For his fourth feature, the Mumbai-born director of A Sense of an Ending left his adopted home of New York and returned to India. His first feature, 2013's award-winning The Lunchbox was a charming, elegant romance, in which a housewife and an office worker find connection through the unlikely medium of tiffin boxes (the classic Indian lunch pail). Yet while Photograph is another story of star-crossed lovers – talented student Miloni (Sanya Malhotra) and street photographer Rafi (Nawazuddin Siddiqui) – but this time Batra was not interested in suspending disbelief. Photograph is about what it would take to make the rom com meet-cute actually work in the real world.

Not that he went in with a set idea about deconstructing the cinema of love. Batras said, "The more you write, the more you start to understand about your own process. I've come to understand that the first scene I write, that tends to be what the film is about." In the case of what would become Photograph, it was a rich girl and a poor guy in a run down cinema, and when he wrote it he had no idea that it would become the denouement. "That happened somewhere along the way," he said, "but I became intrigued by finding out who these people are, and I just kept going backwards and forwards from that scene, trying to figure out who these people were, what they wanted and what they didn't want. This kind of relationship is not the norm, this is not something that would ever happen, so I became very intrigued in how we could make it believable"

Austin Chronicle: The classic rom com depends on audiences buying into a fantasy. But at every point you challenge the ideas of the genre to work in a realistic setting.

Ritesh Batra: There's something fun about taking the conventions of any genre and subverting them a little - especially now, when we have seen pretty much everything as an audience. In India, when I was growing up, we would have these run-of-the-mill Bollywood movies about the rich girl and the poor guy, but they were all riffs on The Taming of the Shrew. So it was fun to take that and turn it into something else. Nobody needs to be a shrew, and it upends the audience, because they're expecting her to not be a nice person, and him to be a nice person, and for him to make her a nice person. It was fun to subvert that, and the whole genre in general.

AC: You made two features back-to-back in the west - The Sense of an Ending and Our Souls at Night. What made you want to go back and shoot in India for this film?

RB: I just wanted to be a writer-director again, and I feel more connected to my own writing. Even the movies I'm making in the west I'm writing myself, but this was a good way to go back to my own writing. Then we found a lot of support for it. Small movies are always a risk, but we managed to sell it around the world before we made it. So we made it for the price that the distributors would have paid for it. So we were able to take a chance, and it was very freeing. I enjoyed that a lot, and when the stakes are low, you can do that.

AC: You're trying to subvert the rom com tropes by making them work in a realistic environment. But when you were writing it, how did you make sure that you didn't make the differences between them too great for the audience to believe they could overcome?

RB: They has a lot of things that were different about them, in terms of age and religion and background and class, and that was easy stuff, but how to make them the same underneath - that was something I really had to think about. Like the nostalgia that she has and that he has, and both being stuck in the past, in a sense, and going to watch these old movies together. It was just about finding what was the same about them, and I didn't have any pressure to end the movie in any way [so] that hopefully the audience can take the movie home with them, and think about the second half of the film in light of that last scene.

I think a lot of the role while writing and also while directing and working with the actors was about working out, how do we reflect that they really are similar in so many ways. If it's not made with the right blend of performance, and the characters don't have an innate goodness about them, it can also feel creepy, if all these elements were not balanced well. ... That was important to me, that there's an innate goodness about these two people, and they're just trying to figure it out. They don't get a chance to speak for themselves - he's weighed down by the economic pressures that he puts on himself, and she's weighed down by her family's expectations - and they find out something else about themselves, through the story and through meeting each other. That's enough, to find out something about yourself by meeting somebody else.

Photograph is out now. For a full review and listings, visit our Showtimes page.