All Guns Blazing With the Director of John Wick 3

Chad Stahelski on building a world beyond the Continental 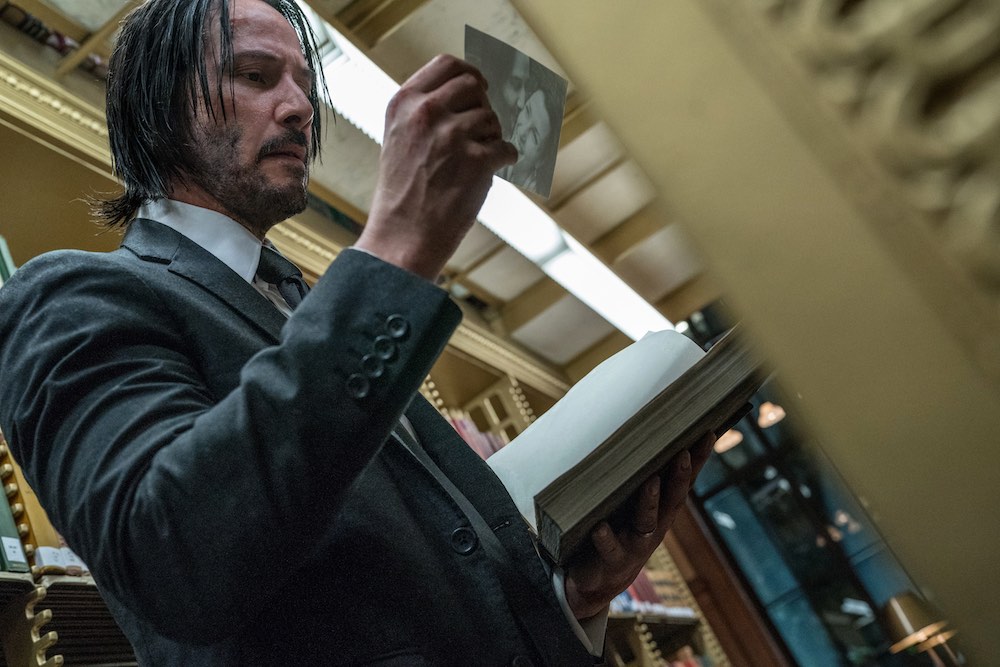 The choices we make: Keanu Reeves makes a break for some kind of sanctuary in John Wick: Chapter 3 - Parabellum. But it can't be that easy, can it?

There's probably no one more surprised by the breakout success of the John Wick series than Chad Stahelski, the stunt coordinator-turned-director who helped turn Keanu Reeves into Baba Yaga, the bogeyman, the ultimate modern badass.

The 2014 original, directed by Stahelski and long time stunt partner David Leitch, helped establish the world of John Wick, the guy who thought he was out but came back bloodier than ever. Stahelski took over as director for the 2017 sequel, which took the suggestion of a complicated world of assassins and criminal bureaucrats international, and extended the mythology. For Chapter 3, the world gets bigger than ever, as Wick must flee NYC for Casablanca, and get the begrudging assistance of a fellow exile, Sofia (Halle Berry). Meanwhile, the High Table – the shadowy body that oversees the crime world and allows the all-important neutral ground of the Continental Hotels to operate – is after his blood, and has dispatched the only killer who truly matches him to complete the task: Zero, the ninja master, played by Mark Dacascos.

It's very much John Wick against the world – and as far as Stahelski's concerned, that's the way it has to be. He said, "John can't succeed. The High Table's got to come for him. It's fatalistic, it's hard boiled, and John has to make very, very hard choices."

Austin Chronicle: Chapter 3 does a lot of world building, going further out into the mythology of the High Table, the gangs, and other Continentals. How much of a world bible do you have, and how much of a clear, long-term plan is there in place?

Chad Stahelski: There's no secret. We really don't have a plan going from one to the next. We finished [John Wick], we thought we'd never work again. We finished [John Wick: Chapter 2], we thought we'd never work again. [Chapter 3] was no different. We didn't really have a plan. There's some action ideas and choreography and set-pieces we didn't use in number two, but to tell you the truth we threw most of them out and started with a fresh look. When we were asked to do number three, we didn't initially say yes. We said, "Give us a couple of weeks. Let's see what Keanu and I come up with, and if it's a story that we feel we want to devote the next year and a half in our lives to, we'll do it."

That was the fresh start. I came with ninjas on motorcycles and Zero and deserts and glass houses and building up the Bowery King [Laurence Fishburne] and Winston [Ian McShane], and Keanu came with the Adjudicator and Elders and, again, desert and he wanted to ride a horse, and we came up with this whole new karmic resolve, and we just went and watched number one and we watched number two, and went, "Yeah, that'll fit."

It's weird. We've spent the last five years in this world. We do have ideas and thoughts, and in John Wick you can get away with a lot of storytelling techniques that you can't do in other movies. You can tell we don't do three acts. We do two. We don't worry about plot. We worry about journey. I don't believe that story and plot are the same thing, so I spend very little time trying to make all the plot fit. I like fate. I like thematics. I like karma. I like consequences. And I don't like ending things nice and neat. I don't like happy endings, pretty obviously. I don't like trying to build a third act around trying to answer everything I did in the first two acts. I like the Sergio Leone technique of "Just follow the journey," and Kurosawa following this man's journey for this one week in his life. That's much more interesting for me than telling a whole story in two hours. 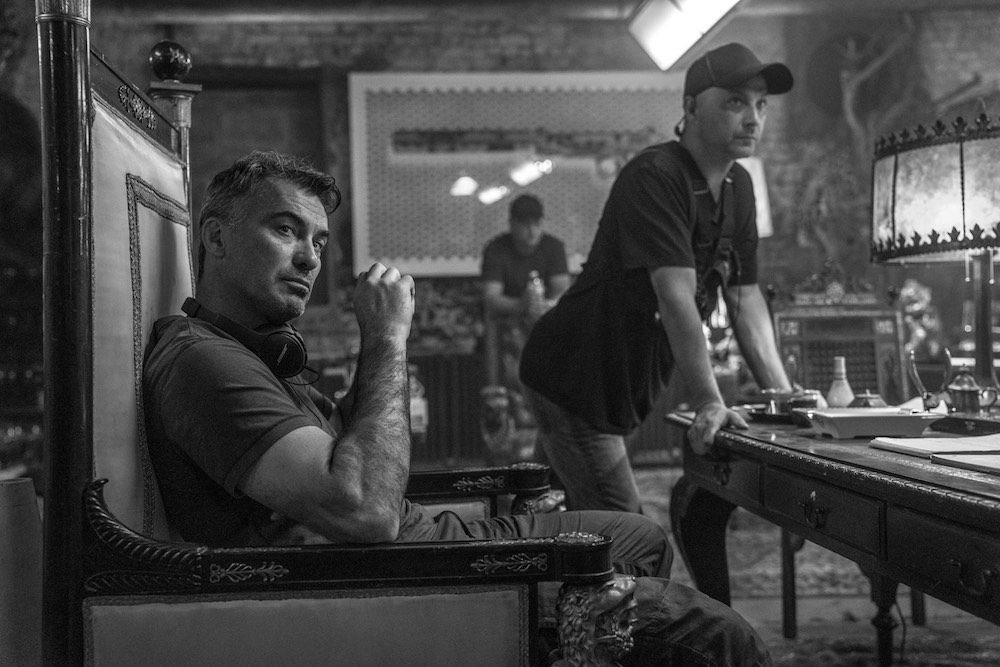 AC: And it's amazing when you look at the three films together – all this carnage has really only happened in a couple of weeks.

CS: When you watch 'em back to back to back, it's pretty awesome. That's how I made them – like chapters in a book.

AC: And John is a little bit redeemed before the first film, but he was always, at some level, still John Wick. The case of guns and gold under the concrete in the cellar was always there, literally and metaphorically.

CS: Always haunting him. And that's good for us.

AC: Which is what makes Zero so fascinating, that you have someone who is incredibly dangerous in his own right, but also a John Wick fanboy. I don't think anyone else could do that, because Mark's face will go from stony to this 5-year-old's grin.

CS: And that ain't acting. That's Mark. When he shows up on the set, that's exactly how he looks. Mark couldn't be happier than to be doing what he's doing. I have very rarely seen a man so happy on set.

AC: So was it always like that, or was it originally more of the classic "two ronins" approach?

CS: We tried to do the tough guy routine. We actually had a shitload of takes of him doing that, and it didn't work. And then Mark did a couple just being Mark, and it was awesome. Actually, between Mark's real performances and Mark as a person, that's how we came up with the character.

Originally, we had cast [martial arts legend] Hiroyuki Sanada. We had made the deal with him, and Hiroyuki had come out to New York. It's just that, from an injury from something not related to John Wick, he had had Achilles tendon surgery, and as we were going through the process, we had all hoped that the healing process was going to make him ready for the physical action by the time he got to New York. But we both got there, and Hiroyuki could barely walk. He had a lot of healing to do, and to his credit and to his own honor he bowed out. He said, "Look, I would love to work with you guys, but I'm not going to be ready in time."

Hiroyuki felt terrible about it, and we were all very sad. We had been talking to Mark about a different role, more of a stunt role, but after we recovered from the blow of losing Hiroyuki, just sitting alone in my office one night, I went, OK, let's do it a different way. So I called Mark up that night and said, "How'd you like to be on a plane tomorrow morning?" He got on the plane, came out, rehearsed, and we loved him. 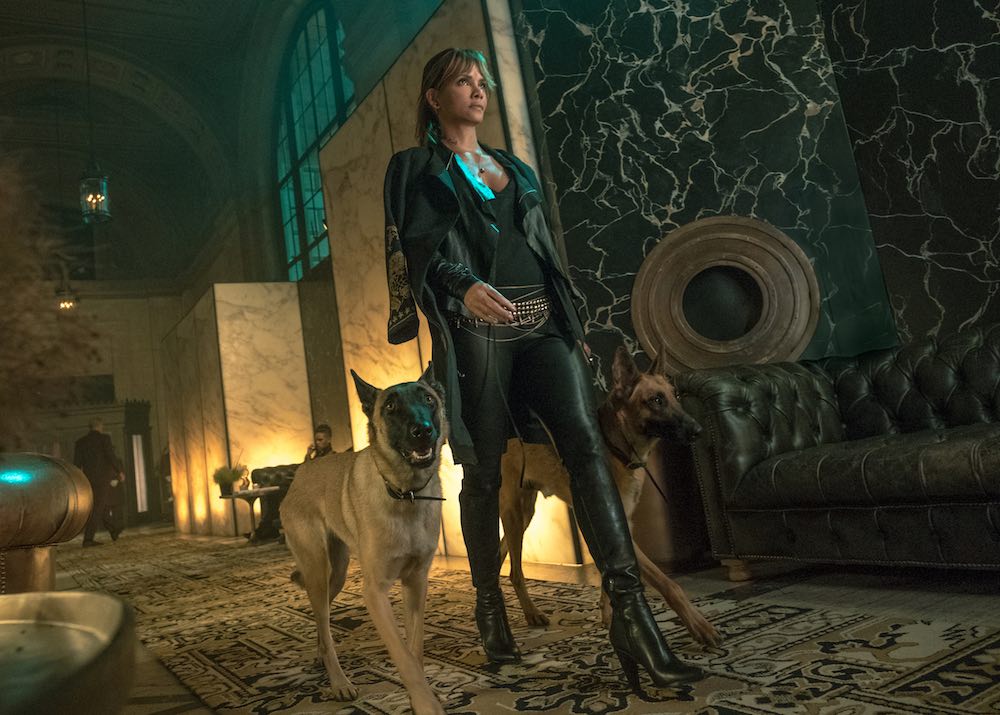 Halle Berry as Sofia, the latest dangerous addition to the world of John Wick.

AC: You extend the world a lot this time, going to North Africa, which is a real contrast to the neon New York, and even the historic buildings of Rome in the second film.

CS: We thought that the desert was a good choice. I loved the desert. There's something insane about the energy there. Being in the Sahara desert in a suit is pretty cool.

AC: And adding the immediate cinematic iconography of Casablanca ...

CS: Casablanca, one of my all time favorites. If John Wick had to go somewhere ....

We had watched Casablanca a dozen times just to get the vibe [we] wanted. The Casablanca in the movie was the melting point of all these different countries and cultures and nationalities before the upheaval of World War II, and we just thought, "What a great setting that would be for John Wick – the crossroads of the world, coming together." That was the romantic side that enticed us.

AC: And then you have Halle Berry as Sofia, who has to be John's combat equal.

CS: She and I had actually met before we had written the script. Halle and I met in early January, and I told her, "Look, we're a couple of months away from having a finished script," and that didn't deter her, so we started writing a part for her.

After the first meeting, I was like, "OK, that's great." After the first rehearsal it was, "OK, she can do this." We do a big physical assessment, and it's hard. I don't want to say crazy-hard, but it's harder than most amateur athletes could probably achieve – testing them mentally, their ability for memory, choreography, firearms. We push them pretty hard, just to see if they'll quit, and Halle never quit.

John Wick: Chapter 3 - Parabellum is in theaters now. For listings and our full review head over to our Showtimes page.

Want to hear more from Stahelski about the John Wick franchise? Read "Don't Shoot the Dog" about the original film, and "John Wick vs. John Wick" about the making of John Wick: Chapter 2.