The Brains Behind the Virgin Cheerleaders in Chains

Filmmaker Gary Gannaway on how Seinfeld influenced his metahorror 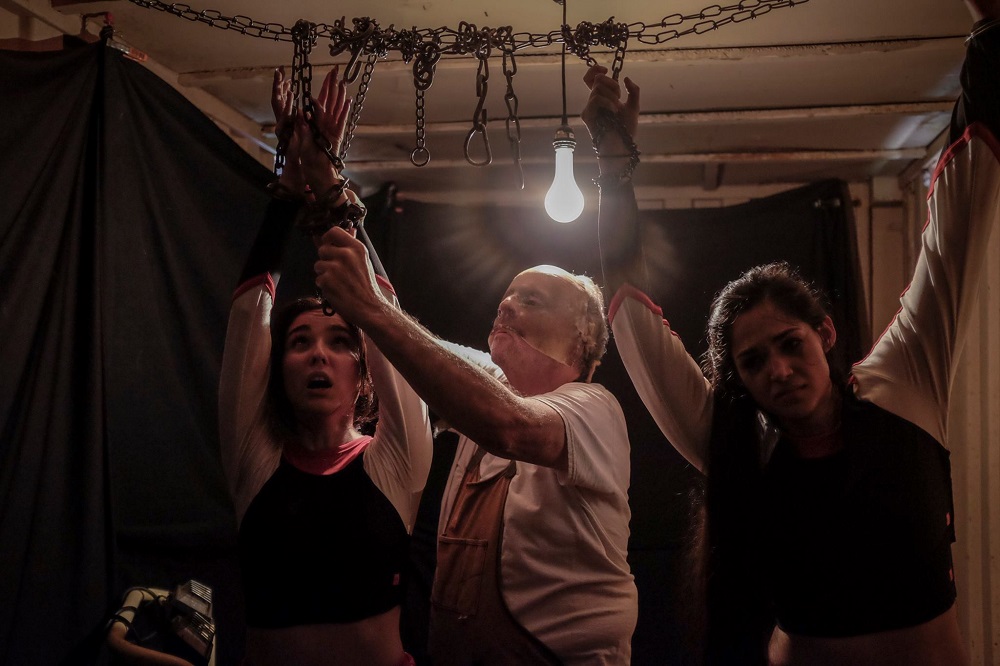 What you see is (not all) you get: Austin-made horror Virgin Cheerleaders in Chains is as much commentary on the classic Texas slasher as it is a new entry into the genre.

Virgin Cheerleaders in Chains. The grindhouse title doesn't leave much to the imagination. Yet the Austin-made horror has a lot more devious intentions than the standard slice 'n' dice slasher.

Ever since our set visit in 2016 (read more about that here, from exactly three years ago today) the Chronicle has been following the progress of the meta-shocker. As mentioned in this week's ATX Film News column, it's midway through a successful festival run – not that either writer/co-director Gary McClain Gannaway or the film are newcomers to plaudits, as the unproduced Virgin Cheerleaders actually won the best script award at the 2013 New Orleans Horror Film Festival.

The story follows an aspiring horror filmmaker called Shane (Ezekiel Z. Swinford) who has faced constant rebuffs from the studios, so he decides to make his own indie horror. He has everything he needs – blood, kills, an amenable cast and crew – but lacks the one thing he really needs: a script. Worst of all, he may have a real serial killer on his hands. Or does he?

With Gannaway promising an international multi-platform release later this year, we caught up with him to discuss the thriller with more turns than a buzz saw. Gannaway said, "That first 45 minutes has torture dream sequences, a stripper, a body being sawn in half – and then everything turns dark in the last half of the movie." 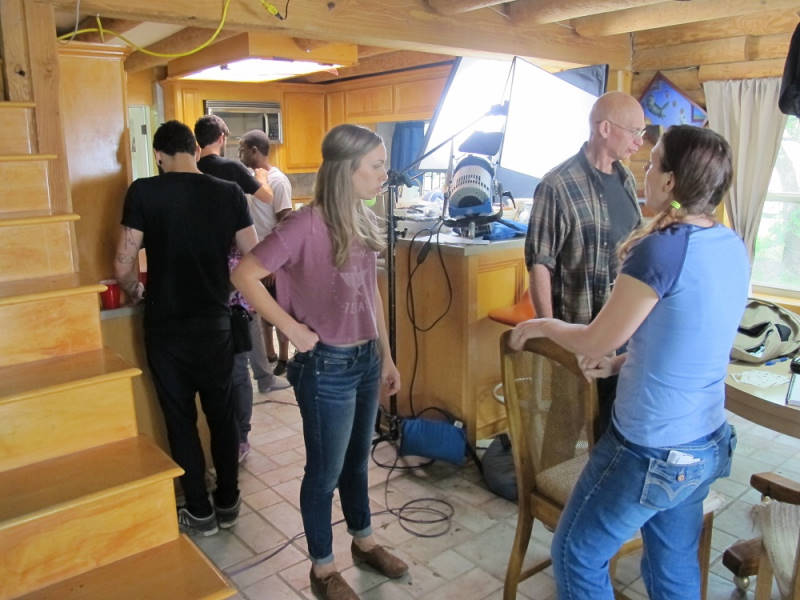 Gary McClain Gannaway: Honestly, it even confuses me, and I wrote it. I half-jokingly tell people that it's kind of autobiographical. I had written a script called Creature From Blood Canal, which was an entry and official selection at the NoLa film festival screenplay competition, and that's where I met [director Paulo Biscaia Filho]. Now Creature was a $100 million script, and I couldn't get anyone to read it, and Hollywood wouldn't read it, so basically that's the same thing that Shane says in Virgin Cheerleaders.

When I went to festivals, people would tell me, "Look, write a low-budget horror movie, make it yourself, and then people will come to you and say, 'This was good, what else do you have?'" So I decided to write a low-budget horror script, and I didn't know what to write about, so I wrote about myself. I was a person who needed to write a low-budget horror movie, so someone would read and buy my script. I did it in a semester at [Austin Community College], at their advanced screenwriting class with Sidney Brammer, and I got a lot of useful suggestions from classmates. So I polished it over the summer, did a rewrite, submitted it to New Orleans Horror Film Festival 2013, and that's where it won. I sent it to Paulo, he loved it, he got it, and then we started trying to raise some money, which was hard-hard.

AC: You have this script that is so tight and so reliant on making the audience play catch-up – yet the one thing the main character doesn't actually have is a script.

GMG: Exactly! I thought it was a great line in Seinfeld, when Jerry Seinfeld is pitching the concept of the show, and he's saying, "It's a show about nothing."

AC: What was it that made you want to work with Paulo, and made you realize that he was the right director for this material?

GMG: When we met in 2012, we clicked. We liked each other, we were both a little bit older than some of the other filmmakers. I was happy for him to take it, because I had seen his two other low-budget horror-comedies. He did Morgue Story, which is wonderful, and then he did The Cranial Nerve, which won best feature at NoLa, and I just thought he would get my script, and he did. He made a director's statement on the business prospectus we did: he wrote, "Take my hand, and we'll go on this wild ride." Because that's what we saw it as – this crazy ride of yanking the audience back between reality and unreality. Which, by the way, is the theme of Herschell Gordon Lewis' Wizard of Gore –

AC: Which this feels very like, in places, and you even have a few seconds of it.

GMG: I actually spoke to Herschell before he died. I had a number for his add agency in Florida, and I was so shocked because I expected to get his secretary. I call down there and he goes, "This is Herschell." I told him about the movie, and he said, "Great, send me a copy." He told me he didn't have copyright anymore, [distributor] Jimmy Maslin had copyright. So I got in contact with him, and got those few seconds from Wizard of Gore.