The action innovator on film, politics, the Coens, Blumhouse and more 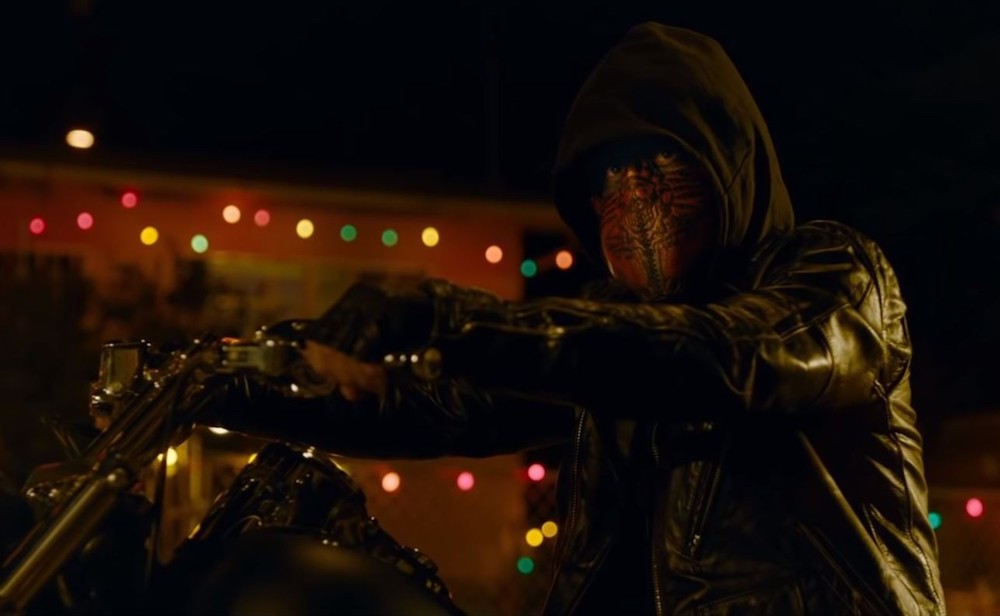 Joe Carnahan is the action filmmaker's action filmmaker. Not CGI and strings, but gut punches and debris. In person, he's every inch what the myth makes him out to be: Burly, a voice like Scotch over blacktop, gregarious, obscenely well-informed, a NorCal John Huston.

A conversation with the seasoned action writer/director (Smoking Aces, Narc, and modern wilderness survival classic The Grey) is like picking shotgun pellets out of the air. Topics shift and blaze, from CIA involvement in Central America to voter turnout and the Congressional impact of Beto O'Rourke's Senate run, to the inherent awkwardness of Ted Cruz ("He's Smithers. He's not even Mister Burns.") and the political insularity of Los Angelenos ("'We really care!' You care about the three foot circumference around you.") to British kids TV shows of the 1970s to why Chucky and the Crypt Keeper have the same eyes to the mannequins of Nagoro in Japan, where one resident constructs life-size duplicates of her neighbors if they leave or die. "Wouldn't it be great if you found out that she'd whacked every one of those people?" said Carnahan. "She's killed every one of them, and she takes them, and embalms them. That would be amazing. 'Look, she's building .... those aren't fucking dolls!"

That 15 minute burn through the world was just a vocal warmup: the night before he had debuted his latest film as a writer, El Chicano. The film, which premiered last Fall at Austin Film Festival, creates a new Latinx superhero, a cop (Raúl Castillo) who finds he is the latest to assume the mantle of the defender of the neighborhood. It's the latest from his War Party shingle, established with actor Frank Grillo (Captain America: The Winter Soldier, The Purge: Anarchy) to give a platform for low-to-mid-budget action and genre films of the kind that the big studios have a bad habit of ignoring.

Joe Carnahan: We're in this space where we want to make movies for under twenty million bucks. Wheelman was five and a half million bucks.

AC: That thing was unreal on the big screen. I wish it had got more than a few theatrical screenings before heading to streaming.

“I don’t know how experimental we’re going to get. ... It’s a very precarious time, and it’s very easy to step on your dick. It’s very easy to overthink stuff, and you have to lean into some modicum of success, in order to empower the films that are a little more difficult to make.”
JC: Kevin O'Connell mixed that film, and he won the Oscar for Hacksaw Ridge. Craig Mann mixed El Chicano, and he won an Oscar for Whiplash. (Combat sport docu-series) Fightworld's killing it, and if we just stay in this elevated genre – I don't wanna do what (Jason) Blum does, which is throw ten different things at the wall. Plus he's also been very blessed to have people like Scott Derrickson and Robert Cargill, Jame Wan, guys that made it look really good. We're never going to do the "young girl coming of age roadtrip drama with her mother." We're gonna stick to action, horror, comedy. The Raid is certainly part of that, and I just rewrote this thing called Wildfire that these guys just brought me that's completely in that genre.

I don't know how experimental we're going to get. I spent the early part of my career making – not arty, but within the genre, just heightened. But it's a very precarious time, and it's very easy to step on your dick. It's very easy to overthink stuff, and you have to lean into some modicum of success, in order to empower the films that are a little more difficult to make.

Take Netflix. They own everything. I just watched this great Scottish film, Calber. Brother, it's worth seeing. It's Tony Curran, and he's the only name actor. It's two guys on a hunting trip in the very far, far north of Scotland – that's the setup, and then the shit that happens to them, that's dynamite. And I'm looking at it, going, "That's a movie that you could remake with Brad Pitt and Robert Downey Jr., and make a fortune." But it's so well done, and it's a Netflix film, and it didn't have theatrical, and it should have. What you've got right now is such a proliferation of films that, to poke through, you have to have some kind of an angle. I think horror in particular, if it feels like you have something fresh and something interesting, it'll escape.

AC: And horror has the advantage that there are so many people writing about it. Horror has an incredible infrastructure on the media side where, if something's good, people will be talking about it.

JC: Are you stunned that Halloween made $80 million?

AC: Not overly, but I am ecstatic that David Gordon Green has that big a movie. But then, they took that chance with him.

JC: I think David's got the most extraordinary career. You talk about being all over the road with your filmography. I think he's brilliant. And him and Danny McBride writing that script. I never saw eighty million bucks coming. Good god, it's absurd. But having the right material, like understanding that it's a direct sequel to the first one, and leaning into that fact. Everybody watches Halloween at Halloween – I watch it religiously – and that was a very smart move on their part.

I'm trying to think of horror films that I've seen in the last five years that I've really been like, "Wow." I liked large portions of Hereditary, but ultimately it got too wackadoodle for me. I thought it was still really effective wackadoodle and [director Ari Aster] is such a talented filmmaker. I tried to get [composer] Colin Stetson to do The Grey years earlier, but we couldn't get him because he didn't have any credits. And that fucking soundtrack, I've listened to that on a loop. That, and the Mandy soundtrack. Jóhann Jóhannsson was so good, dude. But Hereditary had the feel of something unique and special and original, like Get Out. You knew you hadn't seen that version. AC: And what Hereditary does, that you think it's just a mood piece, and then wham, a severed head on the road.

But I thought all the weird dioramas, and the mom breastfeeding the baby, and the one where she gets her head knocked off. Just wow. And I'll watch Toni Collette read a phone book, and Gabriel Byrne can do no wrong, ever.

AC: That kind of annoyed me, that he got so overlooked in the praise of that film. He adds so much backstory.

JC: He's so good. You're talking about a world class actor, and you're talking about someone who can quietly suborn himself to these scenes, knowing that's the right thing. That takes balls, dude, to being a background, [He's] the ever-taught straining threads, holding all this shit together. That was his mission, and then what does he get for it? They lit him on fire.

AC: And he's never afraid to get fucked up in a film.

JC: If someone put a gun to my head and said, "Give me your favorite filmmakers," it's probably the Coens. Because of their absolute humility and absolute egoless approach to filmmaking. When I first saw No Country For Old Men – and I had read the Cormac McCarthy book – they shot the book. Llewellyn dies off-camera, just like in the book. Tommy Lee Jones' character finds the gunfight going on. But I always look at Old Country that there's not a spare frame or an extra frame. It is precision, austere, beautiful filmmaking. When I first watched it, it left me kind of cold. "Wait, what was that?" And then you watch it again and go, what a way to end this film. But the guys who can do that, and Raising Arizona, which is one of my all-time favorite movies, and do these films - most are fantastic some whiff completely for me, but I still admire them.

But this was my diversion: You watch Miller's Crossing, and you realize how brilliantly crafted that movie is. ... We just had Marcia Gay Harden on Point Blank and I would batter her with questions about [Miller's Crossing] and she would tell me these great stories about Albert Finney, and the Coens' just being the most polite, gentlemanly, lovely human beings, which is what you want them to be, and Gabriel just being salt of the earth. Just, "Get on my back, and we'll do this movie." And then you look at The Usual Suspects, and he does this quietly brilliant work that doesn't command any attention outside of going, "Goddam, that guy's good."

AC: He's a leading supporting actor. He knows when to give a film space.

JC: You know what's funny? Liam [Neeson] was like that for many years. Liam was really reliable, and I think that because of him evincing this great humanity throughout all these wonderful performances that people, when he did Taken, went "Jason Statham couldn't have played that part." I love Statham, but he couldn't play that part, any more than he could have played Frank's role in Wheelman. He has a different set of muscles - not that Jason doesn't have those muscles, but it's going to require him to completely overhaul a process that has made him wildly successful and wildly rich. And I love him, but Liam was that guy, and Taken turned him into this megastar at 58 years of age.

El Chicano is in theaters now. For our review and listings, visit our Showtimes page.