Dustin Lance Black on the pendulum of progress

In 1977, Harvey Milk became California’s first openly gay public official when he was elected to San Francisco Board of Supervisors. He, along with S.F. Mayor George Mascone, was assassinated by Dan White nearly a year after taking office.

Over 30 years later, Dustin Lance Black became the first openly gay man to win an Oscar for Best Original Screenplay for his biopic of the city supervisor, Milk.

This Sunday, May 5, Black, who was raised just down I-35 in San Antonio in a strict Mormon household, returns to his native state (and recently established homebase of Austin) for a special screening of Gus Van Sant-directed Milk as part of the book tour for his new memoir Mama’s Boy: A Story from Our Americas. Calling from Montreal where his husband, British diver Tom Daley, was competing in the FINA Diving World Series, the former Big Love writer talked shop about the state of LGBTQ equality post-Milk, the fickle pendulum of progress, and what we lose when TV and film turns away from depicting queer history – struggles and all. 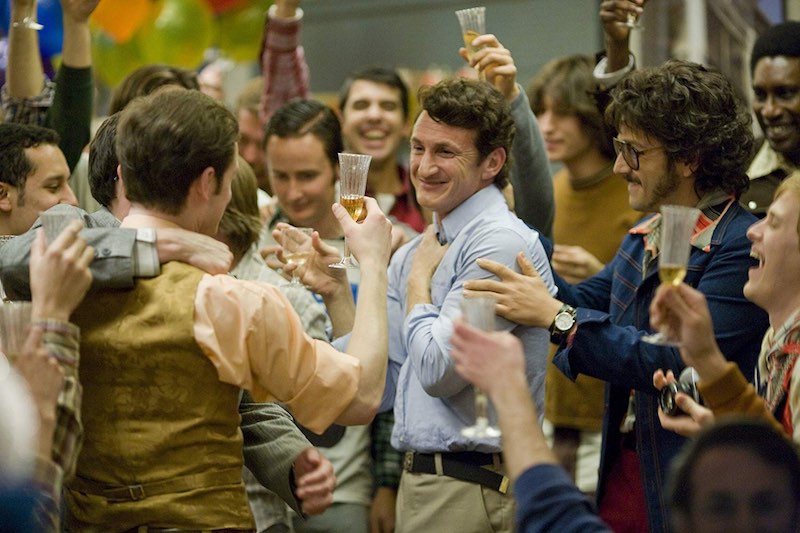 Austin Chronicle: What is it like reflecting on Milk now, more than 10 years after its release?

Dustin Lance Black: I felt like, at the time, Milk had such great purpose in terms of how it collided with history, namely Proposition 8 [California’s ban on same-sex marriage], which is why when Alamo Drafthouse suggested the screening, I thought, "Okay, that makes good sense," because Milk was never built just to make money at a box office. It was always a reminder of how gay people began to organize coalitions in order to win equality, and a reminder that we weren't doing that, and that because we weren't, we'd begun to see the pendulum of progress slip backwards.

Milk really became the film that got me out of filmmaking, if we're being honest. I was doing quite well in and around that time and ended up with a call to action to say, "Hey, take some time away from all this. If you do see a path toward equality, you have an obligation to follow that path." I think when people read Mama’s Boy, they'll understand what Milk was in the context of a movement, and how that movie could have taken me to bigger places in Hollywood, but instead it landed me on the steps of the U.S. Supreme Court, fighting to [overturn Prop 8].

I actually think, sadly, we're again in a place where we need to remember the power of our coalition. What Harvey Milk called the “coalition of the us’s,” to make sure that we can get that pendulum of progress moving forward again for everyone, not just LGBTQ people. And that the big reminder of the film is that we have to work as hard for other movements as we do for ours.

AC: Watching Milk, I was struck in the film by how immediate the sense of urgency there is with people organizing in the streets, and also your chapter in Mama’s Boy about helping organize the rally in L.A. after Prop 8 was passed. I don't feel that urgency or immediacy so much in the community now. I was curious about whether you felt that way, too.

DLB: I think we felt a lot of energy and urgency right after the election – or, I shouldn't say “we” – but many people who are equality minded felt that urgency and that energy to rise up after Donald Trump took office. Many people's worst fears were confirmed when he started to act, once in office, that he would start to disassemble the progress that's been made toward equality for many people, for people of color, for women, for trans people in particular. The list goes on and on and on. So we saw people rise up, but I think complacency is always an issue in the equality movement, and I think sometimes people do get exhausted by it. People often ask me, "Well, how long do we have to do this for?" And I look them square in the eye and say, "Forever."

It's the nature of an equality movement, the nature of a civil rights movement. Progress is not a straight line. I keep calling it a pendulum because it is a pendulum. It swings backwards as well.

I'm hopeful we understand that we have a lot of differences within the equality movement, but at the end of the day what we must do is lock arms and march forward together. That's not just the PC thing to say. That's not just a soft and fuzzy thing to say, that is the only way we win, is if we can look past our differences within the equality movement, lock arms, and move forward together. That is the only solution.

You see that in Harvey Milk, and he does it in the most unexpected ways, doesn't he? Do you think he had everything in common with the union truck drivers who were not being paid a living wage? No, but he found something in common. Or the Chinese community that weren't being represented well because of the way the ballots worked in San Francisco? No! He didn't have a whole lot in common perhaps, but they had that in common, they wanted their votes counted. So he created this coalition of ethnic minorities, union workers, and seniors, and yes, people who wanted to smoke weed. And he got himself elected in San Francisco. 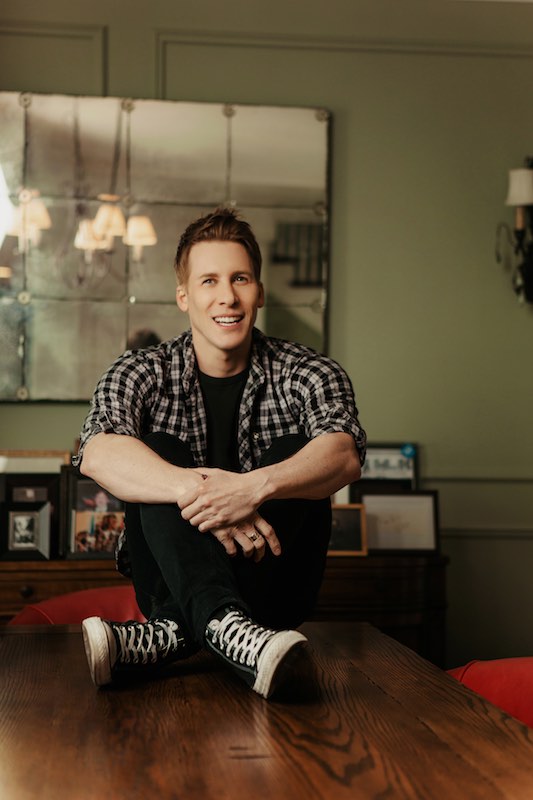 AC: Earlier this week I was thinking about how many TV shows there are now where there are queer characters and not only is there a queer character, but their storyline isn't entirely hinged on their sexuality or their struggle with that or other people struggling with accepting it. As somebody who's worked in the TV and film industry, where do you think that this change is coming from, or even if the change is happening?

DLB: There's definitely a change happening. It's certainly not overnight, when you really just step back and take a look at how long it's taken. It wasn't until, I would say 1992 – we're talking decades into the LGBT rights movement in America – that The Real World started insisting upon having at least one LGBT cast member per season. And God bless them! But that's 1992. It would still be many, many years before we would have Will and Grace or Ellen come out on TV. And, let's remember, Will and Grace wasn't a hit right away. Ellen got canceled. It took a lot of fortitude on Ellen's part and on the creators of Will and Grace, the network, to make sure that we insisted upon our success, and we insisted that our stories could find an audience on the small screen and big screen. It would then be even more years before we finally had a LGBT-themed movie that was a big box office success, Brokeback Mountain.

And then you flash forward just a handful of years and ABC of all places called me asking if I would make an LGBT-themed miniseries [When We Rise]. So then there was a bit of a quantum leap right in there, somewhere between 2009 and 2015 where networks and studios went, "Ah, when we have LGBT characters' storyline, these programs reflect more what young people – and I've got to stress young people – see in their real lives. They feel more honest, more real." And those young eyes! That's what TV wants! That's what film wants! At this point, almost every American can say they know at least one LGBT person. So with our inclusion, the shows felt more real, more authentic, and started to hit.

I don't think we'll "be there" until we're represented, not just in the numbers that we exist and the percent in which we exist, but also that these programs are reflective of great diversity within our community. I think we're making progress, but it isn't just “G” and “L,” or even “B”! I've learned, because of my own mistakes, that you have to put the “B” and the “Q.” You know, this is the L-B-G-T-Q movement. It's filled with people who pray to every sort of God there is, and have every color of skin, and every gender and gender identity, and different political views. And really, until we're depicted with that diversity, in equal proportion to how it exists in real life, we're not there yet. It's still a lie, you know?

AC: Yeah. The shows and the movies that I'm thinking about, Killing Eve or Sex Education , the the portrayal of queer characters is pretty positive. It's not this total, awful tragedy. Which way does that cut? In the sense that, are we losing something when TV and film isn’t portraying the very real discrimination or oppression that most people who fall under the LGBTQ umbrella face at some point?

DLB: You can follow almost every kind of people and how they're depicted in film and TV over the past century now, and you can see the minorities follow this pattern as they were allowed to be in film and television shows as long as it was supporting characters who were funny and harmless, or die, right? And then there's a point in which we sort of take the lead, but we still then must be funny and must die. And slowly, we get to a place where we are able to be the lead or the center of a show and we can be real people! Fully formed people! We can be both funny and dramatic. I think what you're saying is interesting, because we get to that place where we're allowed to just be.