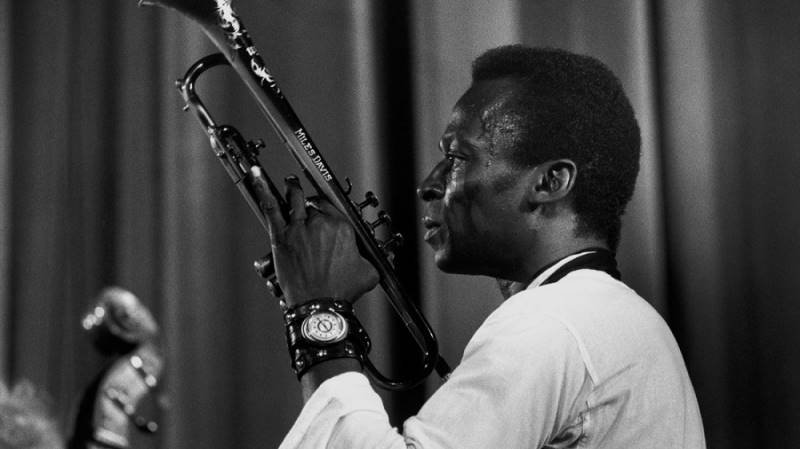 Doc Days, the Austin Film Society's documentary mini-festival, comes back swinging for its second year with the announcement that music biography Mile Davis: Birth of Cool will be the opening night picture, trumpeting in true life stories of culture and culture clashes from around the globe.

The new retelling of the life of the jazz icon (directed by Stanley Nelson, who previously made The Black Panthers: Vanguard of the Revolution and Jonestown: The Life and Death of Peoples Temple) opens the festival on May 30, with producer Nicole London in attendance.

However, she won't be the only documentarian at AFS Cinema to talk about their project. Juan Pablo González will be on hand for Caballerango, his AFS-grant-backed depiction of life and traditions in rural Mexico: joining him will be another AFS grant recipient, Jeffrey Peixoto, with his Scientology doc Over the Rainbow. In a different kind of countryside, Jesse Sweet (Anthony Bourdain: Parts Unknown) examines the clash between communities in the Hudson Valley in City of Joel, plus Roberto Minervini (What You Gonna Do When The World’s On Fire?) and Benjamin Berman (Untitled Amazing Johnathan Documentary) will be in attendance for their films.

However, these documentaries are bold and insightful enough to speak for themselves, even without director Q&As. The award-winning Kabul, City in the Wind is an all-too-rare glimpse of the seemingly never-ending war (or rather, cycle of wars) in Afghanistan. Plus, if "unique visions" is what you're after, then they rarely come more one-of-a-kind than Mads Brugger, who risks literal life and limb for political documentaries like The Ambassador and The Red Chapel. Now he goes digging into a forgotten part of global history with Cold Case Hammarskjöld, in which buried history seems very likely to bury him. 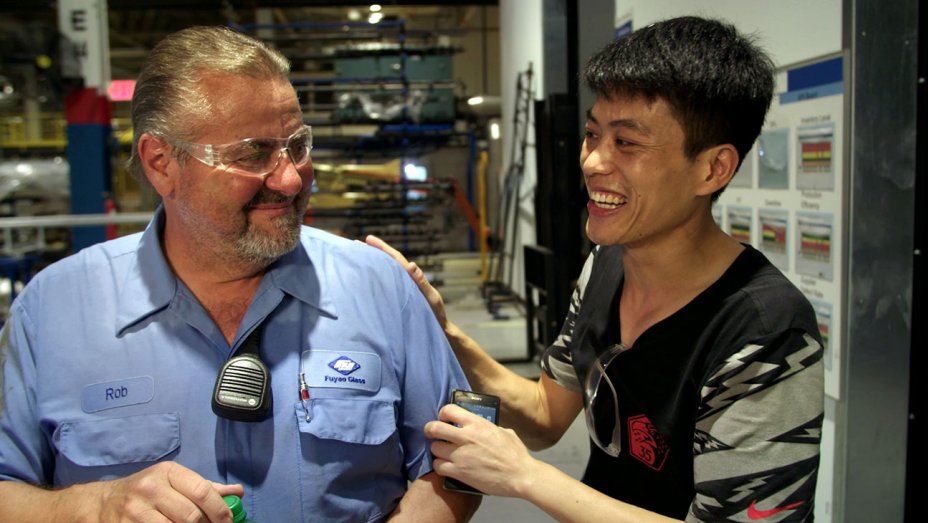 D: Julia Reichart and Steven Bognar (USA, 115 min)
By award-winning directors Julia Reichart and Steven Bognar (A Lion in the House). In post-industrial Ohio, a Chinese billionaire opens a new factory in the husk of an abandoned General Motors plant, hiring two thousand blue-collar Americans. Early days of hope and optimism give way to setbacks as high-tech China clashes with working-class America. D: Juan Pablo Gonzalez (Mexico, 61 min)
As economic and social conditions become dire, a wave of suicides among young people disrupts life in a small Mexican town. Most affected by the tragedy, the Bolaños family and the town residents perform ceremonies and daily rituals to recapture the past. Caballerango presents a reflection on the reconfiguration of rural life in México. An AFS Grant-funded film. Director Juan Pablo González in attendance. D: Jesse Sweet (USA, 90 min)
In this story of a turf war between an ultra-orthodox Hasidic Jewish sect and their secular neighbors in New York’s Hudson Valley, documentarian Jesse Sweet has the ultimate insider’s view of both communities, and doesn’t take sides. Director Jesse Sweet in attendance. D: Mads Brügger (Denmark, 128 min)
The latest film from filmmaker/provocateur Mads Brügger (The Red Chapel) begins as a quest to discover whether or not UN Secretary General Dag Hammarskjöld’s 1961 death in a plane crash was the result of foul play. His subsequent findings, presented in a style that varies between absurd and riveting, involve mercenary armies, the CIA, and some extremely dark state secrets. 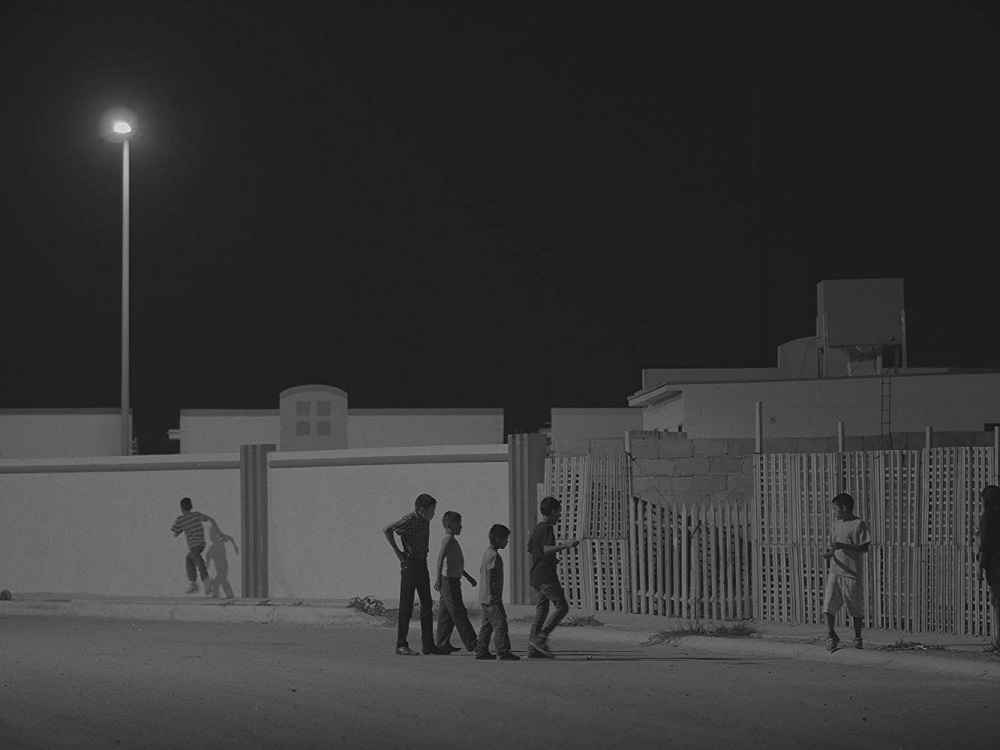 D: Julien Elie, Canada/Mexico 152 min.
A mystery, a horror story and a vital, comprehensively-researched epic, Dark Suns chronicles the wave of femicides in northern Mexico that began in the second half of the twentieth century, and converged with the violence of the drug cartels beginning in the 1990s. This artfully-crafted, award-winning film points fingers at the forces at work behind the murders of thousands of innocent Mexican citizens.

Kabul, City in the Wind

D: Aboozar Amini (Afghanistan / the Netherlands, 88 min)
The deep-seated effects of decades of conflict in Afghanistan are memorably revealed through the lives of three Kabul residents in Aboozar Amini’s mesmerizing observational documentary. Winner of the Special Jury Award at IDFA.

Miles Davis: The Birth Of The Cool D: Benjamin Berman (USA, 91 min)
What begins as a documentary following the final tour of a dying magician - "The Amazing Johnathan" - becomes an unexpected and increasingly bizarre journey as the filmmaker struggles to separate truth from illusion. Director Benjamin Berman in attendance.

What You Gonna Do When The World’s On Fire? 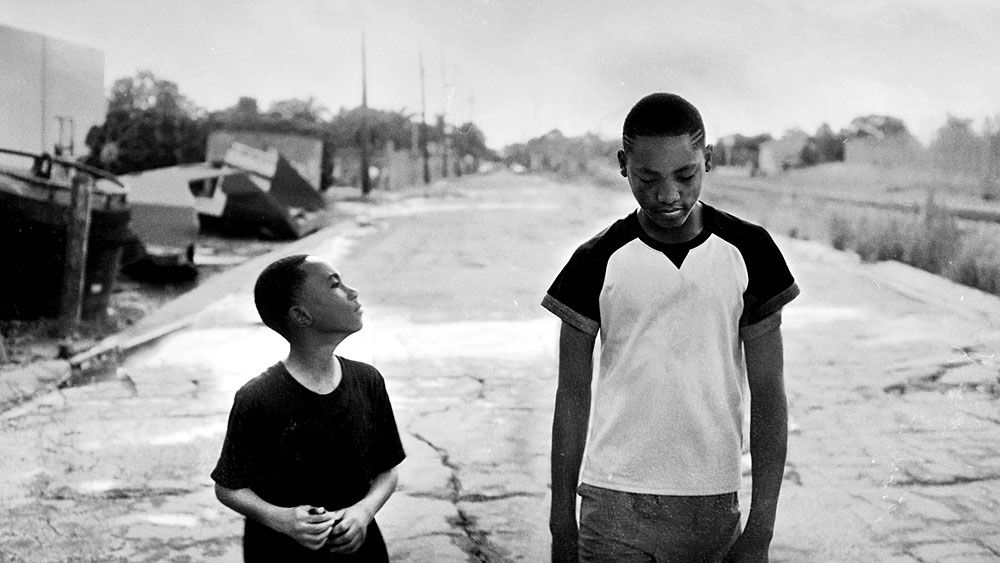 D: Roberto Minervini (Italy / USA / France, 123 min)
After a wave of killings of innocent black Americans across the country shocks their community, black residents in New Orleans organize to chart a path forward. A meditation on the state of race in America, this film is an intimate portrait into the lives of those who struggle for justice, dignity, and survival in a country not on their side. Director Roberto Minervini in attendance.