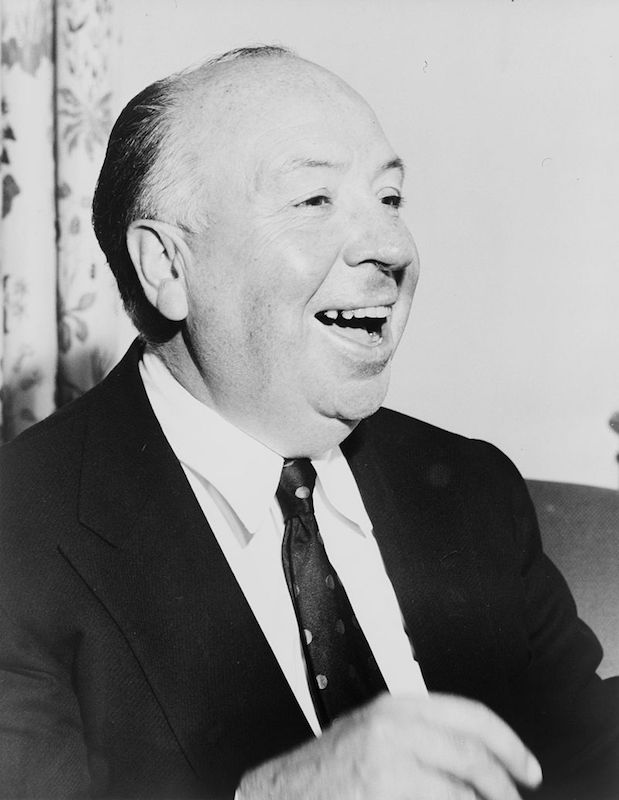 Hitchcock well into his Hollywood phase

Alfred Hitchcock’s outsized persona – that mordant wit, the alchemy of mischief and macabre, the savviness about building a brand around his own roly-poly silhouette – was perfected in his adopted America. We do so love a showman.

But the elements that made him the master of suspense were in evidence in the 20-film prologue to Hitch’s career in America – 20 films made in his native England, starting in the silent era, and already showing a sure hand. In its new series Hitchcock Before Hollywood, the Austin Film Society screens four of them in April. They include 1935’s The 39 Steps (April 11-13), a proto-North by Northwest and early example of Hitchcock’s favorite “the wrong man” motif, as well as his playfulness (he has some fun handcuffing his hero to a pretty girl); the much grimmer 1936 terrorism thriller Sabotage (April 17), based on Joseph Conrad’s The Secret Agent; and 1938’s The Lady Vanishes (April 25-28), a murder-mystery set aboard a train, and arguably the apex of Hitchcock’s UK output.

If you can only catch one film in AFS’ series, you might want to go with the first, 1934’s The Man Who Knew Too Much (screening Thursday, April 4) for the pre-party alone; it starts at 6pm and includes complimentary tea from The Steeping Room, vintage records from the era spun by Dennis Campa (of KOOP Radio’s Adventures in Sound), and a Hitchcock-inspired photo booth. Still, free tea isn’t the only, or even best reason to see The Man Who Knew Too Much.

Hitchcock preferred his 1956 American do-over with Jimmy Stewart and Doris Day, shrugging off the original The Man Who Knew Too Much as “the work of a talented amateur.”

Hitchcock was still a British citizen when he took his first swipe at the story of a couple whose child is kidnapped when they stumble into the middle of an assassination plot. (Hitch would leave for the U.S. and a contract with David O. Selznick at the end of the Thirties, never looking back.) He preferred his 1956 American do-over with Jimmy Stewart and Doris Day, shrugging off the original as “the work of a talented amateur,” but there’s a lot to recommend the 1931 version. 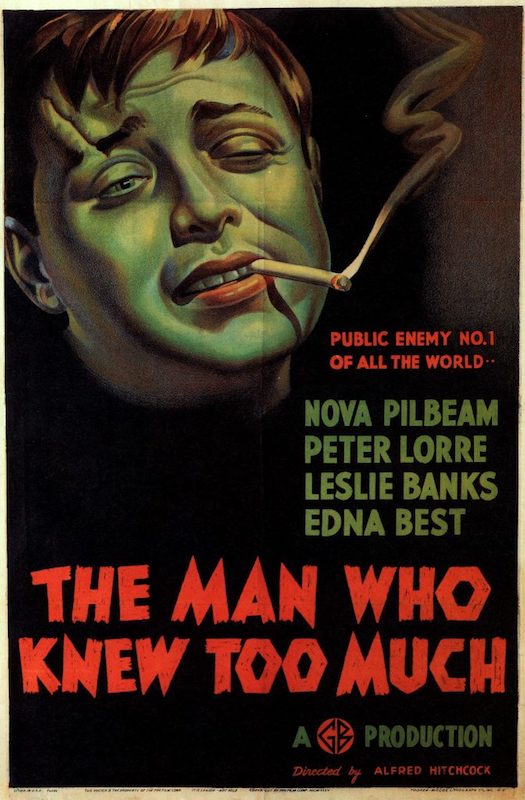 Hitchcock’s apprenticeship in the German film industry shows through in the film’s lovely shadow and silhouette work, while the masterful Alfred Junge – soon to become an integral part of the Archers collective – did the art direction. The cast is weirdly both more flip and more moving. There’s a larkiness to the Lawrence family – Mom Jill (Edna Best) is a competitive shot, while the only occupation of dear Dad Bob (Leslie Banks) seems to be looking professionally bemused. Their brisk cheeriness bumps up against a near-comical stiff upper lip (only moments after a man has died in her arms, Bob instructs Jill to pull herself together), and both these tendencies complicate and enrich the real tenderness of the family dynamic.

And then there is German refugee Peter Lorre, in his first English-speaking role, playing the placid-featured gang leader with murder in his heart and a white-blond skunk stripe bisecting his head. Nothing in the American remake can match his silky malevolence. Surprise: Lorre learned his lines phonetically.

As with the American version, the standout set piece is the Royal Albert Hall assassination attempt, here choreographed to Arthur Benjamin’s thematically spot-on “Storm Cloud Cantata” (he wrote it especial for the film). Stoic Jill – knowing that a man is about to be killed, and that preventing that murder will endanger her child – begins crying. Her tears blur her vision, and the camera, taking her perspective, blurs, too. The shot dissolves into a close-up of the marksman’s gun creeping out from behind a curtain. It’s as elegant an abutting of visceral emotion and chilling menace as anything Hitchcock ever did.

A portion of this story previously ran in a 2013 review of the Criterion Collection’s DVD release of The Man Who Knew Too Much.